Did we just see Sean Spicer in the ArtProfiler office? YES! 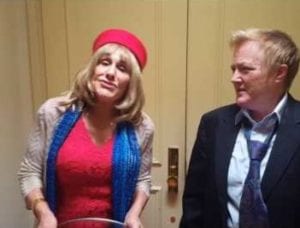 Just kidding! Leigh Downing, aka Sean Spicer, who plays various roles in our satirical videos, has officially joined the ArtProfiler team as our Web & Social Media Assistant. We are so happy to have her on board! Now it’ll be so much easier to keep up with all the trolls who chime in.

You can see her portrayals of the various characters at the following links:

Sean Spicer Gets a Lesson in Conceptual Art at Big Medium

Sean Spicer After the White House