Is Victor Goodlove dead or alive?

A Secret Grave as artist, Nicole Jeffords, learns about the Bukh, an ancient bible of medical remedies, cures and prophecies passed down through the generations in Victor’s family. Ownership of the Bukh leads to murder, kidnapping and suicide. Everyone -- Big Pharma, the Russians, the FBI -- wants to get their hands on it because of its ancient codes. But the Bukh has disappeared along with Victor, and no one knows where it is. On a family trip to Romania, Nicole stumbles across a famous but enigmatic actress (purported to be a witch) who seems to have answers, and sends the story into new, dangerous directions. To start at the beginning of season two, click here. To read season one, click here.

Previously in A Secret Grave, we learned that Nicole’s wily dublura, Maria Danciu, once had possession of the Bukh, the mysterious book of magical remedies that a long list of people wish to find. Seekers who will stop at nothing, even murder. The Bukh had belonged to Maria’s father, Gheorghe Neagu. He had handled it with reverence, but she thought it was cursed. After Gheorghe’s death Maria destroyed it. Or did she? Last week, Nicole received a package from her cousin Laura who is currently living in an old farmhouse in Sighisoara, Romania.

Stay tuned this week for Episodes 85-87! 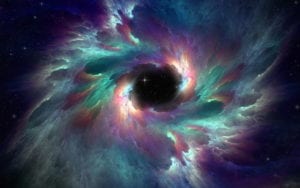 Click here to catch up on last week’s stories!