What to See, Watch & Listen to This Weekend

What to see, watch & listen to this weekend…

Meg Aubrey’s version of American suburbia is rife with loneliness, sadness and the questionable aesthetic taste of these inhabitants. The sparse paintings are filled with nondescript furniture in Bed Bath & Beyond vibrant colors such as a lamp or chair eerily toppled over, or a woman lying on her manicured lawn for all the nosy neighbors to see and judge. The show explores sameness within the suburban environment and the idea of artificial perfection that these people are trying to maintain – all for surface value. 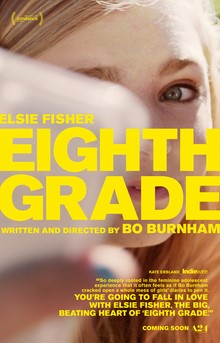 Eighth Grade follows Kayla, a teen girl, on her last days of middle school and it is beyond cringeworthy. The film serves as an unparalleled glimpse at what it’s like to be a teenager in today’s erratic society. The kids are in no way polar opposites of previous generations; however, the pervasiveness of social media only makes their familiar dramas seem heightened and far more awkward. Eighth Grade made me pleased that I escaped adolescence in the nick of time, but also slightly sentimental because the world is beginning to open for them to explore with doe-like eyes and endless imaginations. I do wish the film had an ounce more of humor to it, particularly when dealing with sex or pubescent bodies. 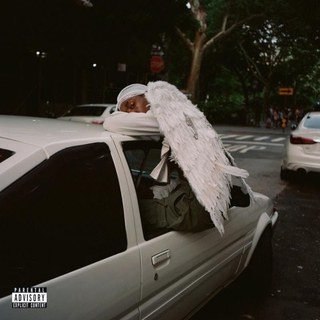 Dev Hynes’ latest album Negro Swan, under his alias Blood Orange, is a transcendent letter to black identity in our current society. Masterfully blending a myriad of musical references, the album is melancholic and tender as well as sexy and powerful. “Family” is a track narrated by transgender activist, Janet Mock, describing her definition of family and I found it to be a beautifully poignant statement. This song transitions into “Charcoal Baby” which is a languid jazzy number with the eloquent refrain of “No one wants to be the odd one out at times/ No one wants to be the Negro swan.” Hynes never becomes pessimistic or angry when he is trying to encapsulate his feelings on the topsy-turvy cultural landscape we are in. On the contrary, he leaves us feeling reassured especially with the last song “Smoke” — the smoke will clear and in its absence the sun will shine.

Previous Article
Next Up for ArtProfiler: Cramming for the Midterms (AUSTIN)
Next Article
Carol Dawson at Wally Workman Gallery (REVIEW)