A few nights ago, I went to an opening at the Davis Gallery on 12th Street in Austin and as usual it was well-attended with lots to see. Two artists were on view: Denise M. Fulton who, over the past few years, has shown a fascination with the female form displayed against or entwined with various backgrounds, and Sam Yeates, a realist painter who presents us with dreamy landscapes and almost mythical images of birds and women. 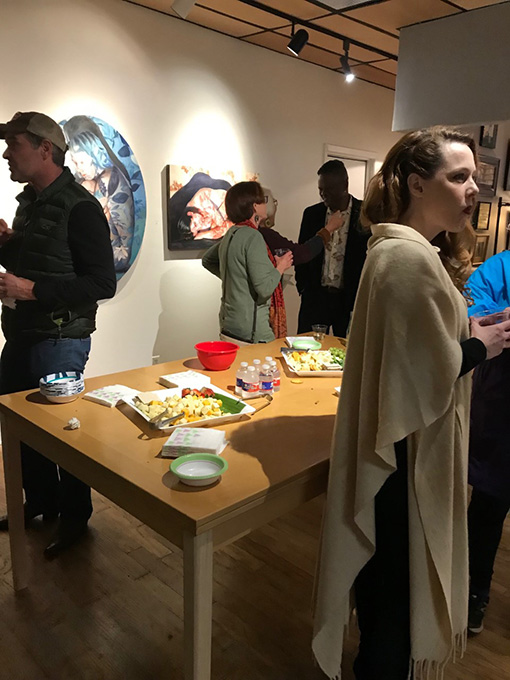 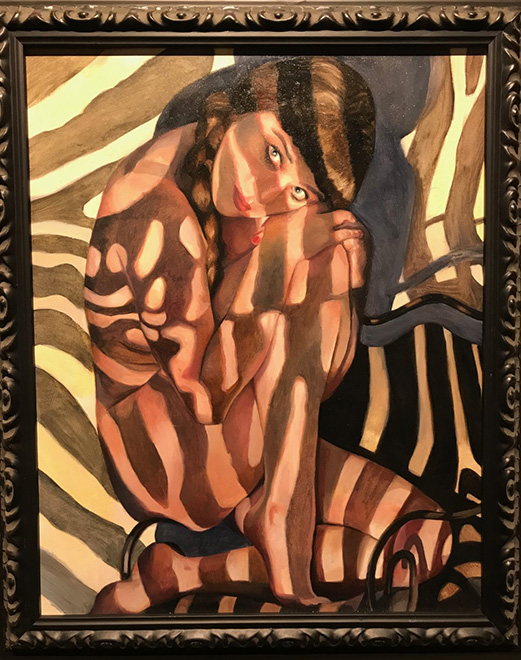 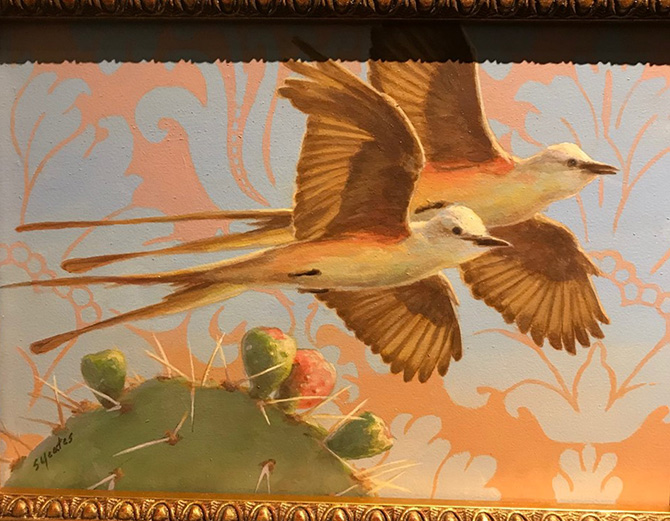 The two artists have each presented us with a large body of work, almost as if, in this one show, we are provided the gift of seeing two exhibits at once. I don’t mean there is a feeling of disjointedness, but rather that the work is extensive. Fulton’s paintings evoke, for this reviewer at least, interesting sensations of being cramped, pilloried, objectified, pushed into a box. Which means she has successfully gotten her point across. 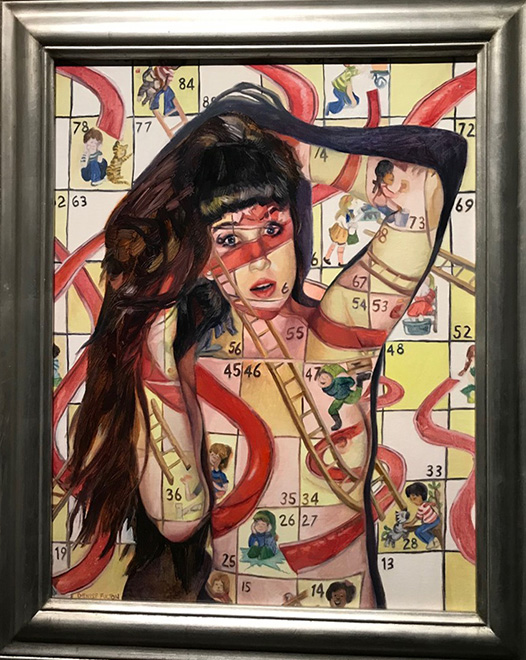 Denise M. Fulton, Chutes and Ladders, Oil on Board 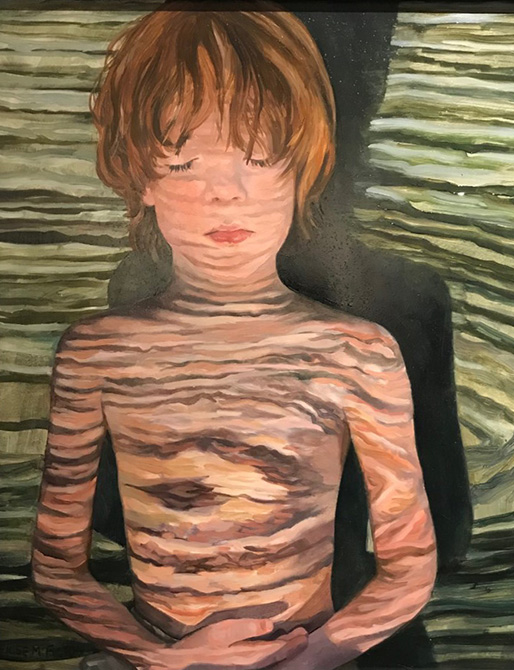 Mr. Yeates is a very different kind of painter, imperturbable and serene, with carefully composed compositions that have soft tonal values and an overall feeling of sweetness — a sweetness sometimes tinged with mystery. 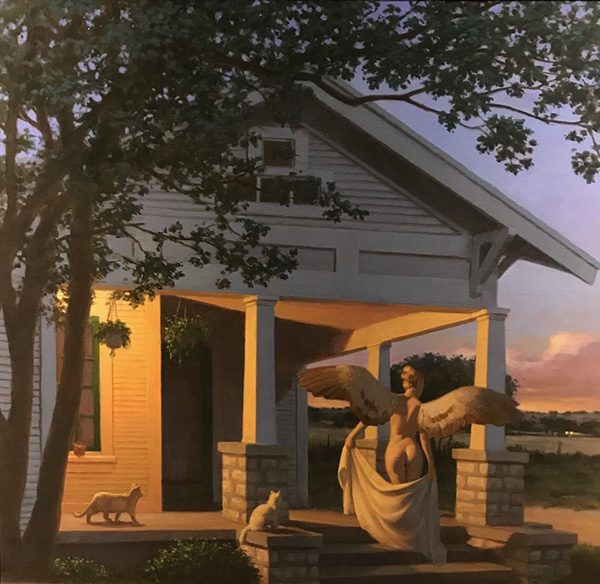 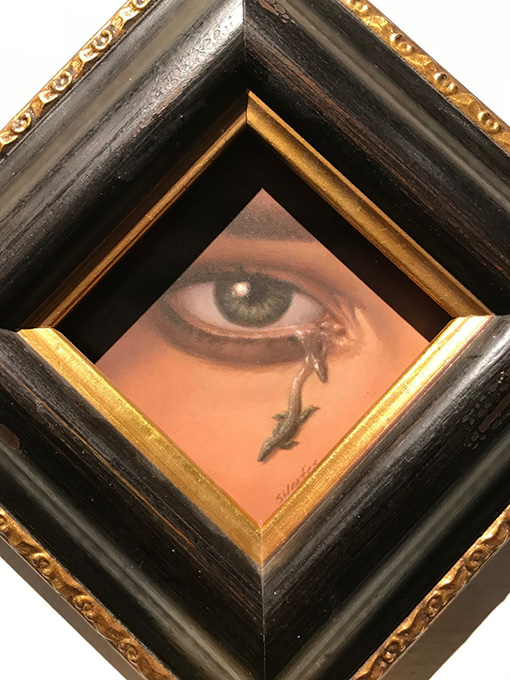 Sam Yeates, You and Your Crocodile Tears, Oil on Panel

I recommend a visit to Davis Gallery to see these two artists with their differing visions of the world. The artist talk is March 30 at 2:00pm. 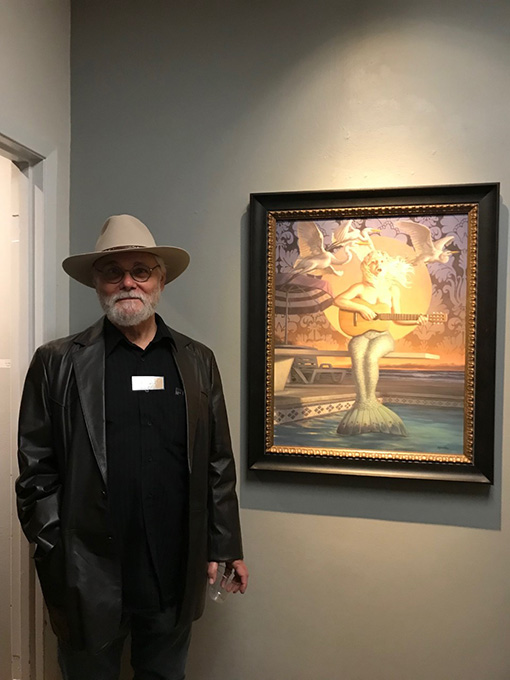 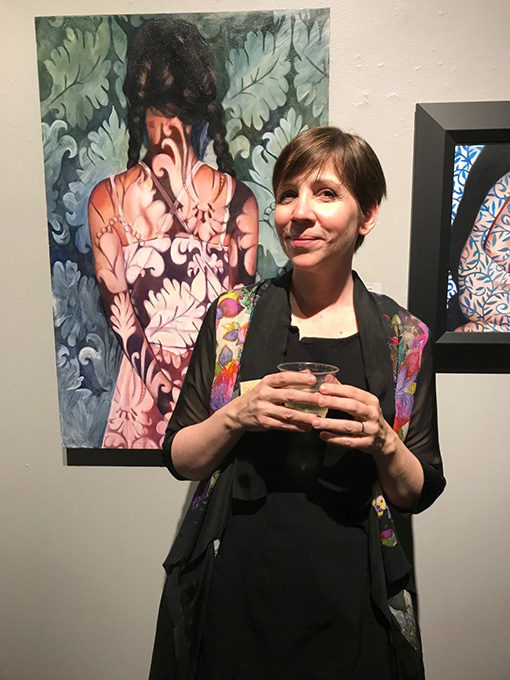