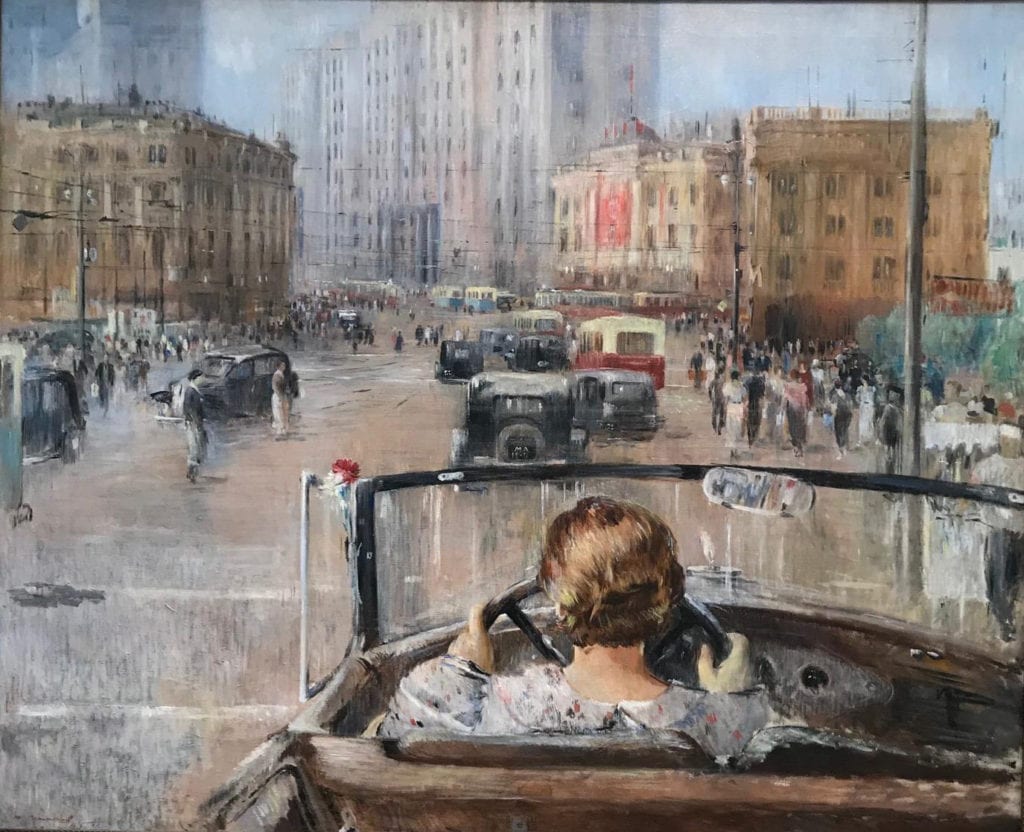 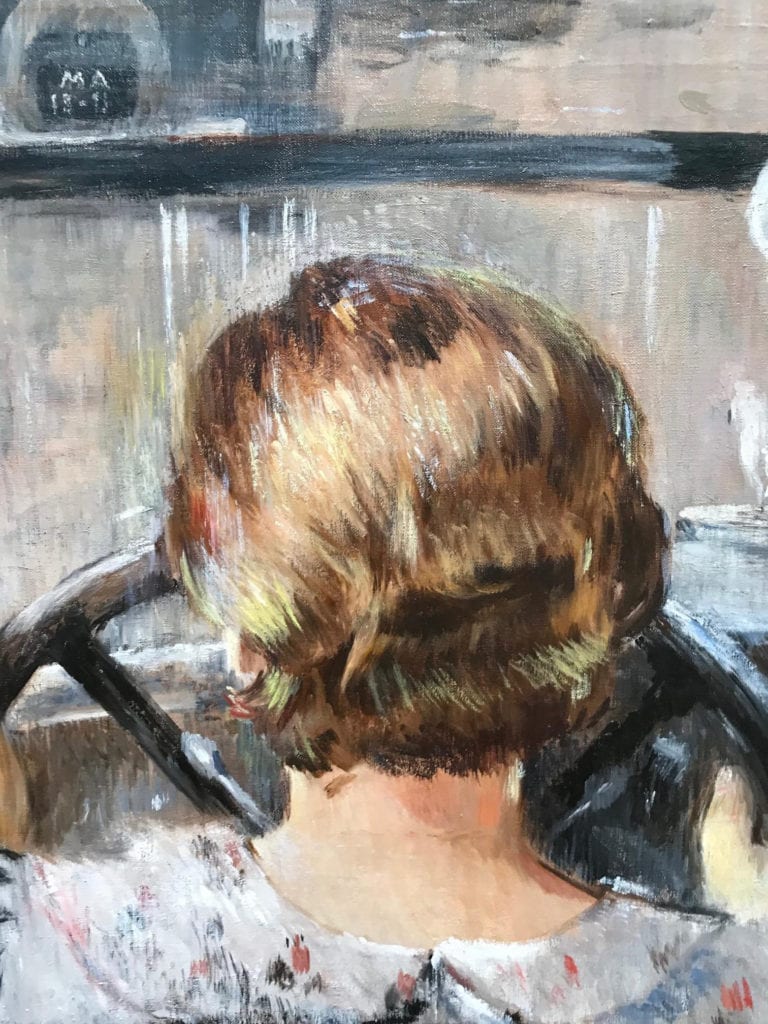 This painting apparently caused quite a stir when it was first exhibited. It is a prime example of socialist realism, though really it depicts an ideal: happy people busy with their lives in a modern new world where women are equal to men. The fact that a woman is driving and that she has such short, fashionably cut hair, is unusual. Bear in mind that The New Moscow was painted twenty years after the revolution in the midst of brutal Stalinist times. There were food shortages and horrific purges even as society was undergoing major industrial change. While the red carnation affixed to the top left car window is symbolic of the success of Soviet times, the breezy freedom and happiness depicted here is false — an image of the world as the painter wanted it to be or hoped it would become. One wonders, too, who was sitting in the back seat, watching the girl as she drives, perhaps with a gun pointed at her vulnerable neck. 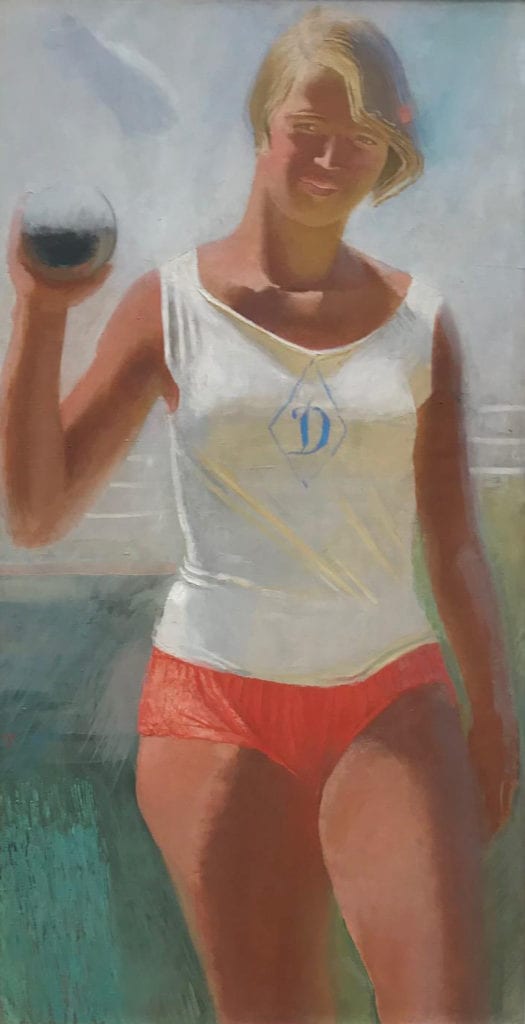 Similar commentary could be made about the strong and healthy girl squinting in the sun in the painting above. Her skin is sun-kissed, her hair short and practical. She is the ideal athlete, a representation of her time, the new industrialized Russia. 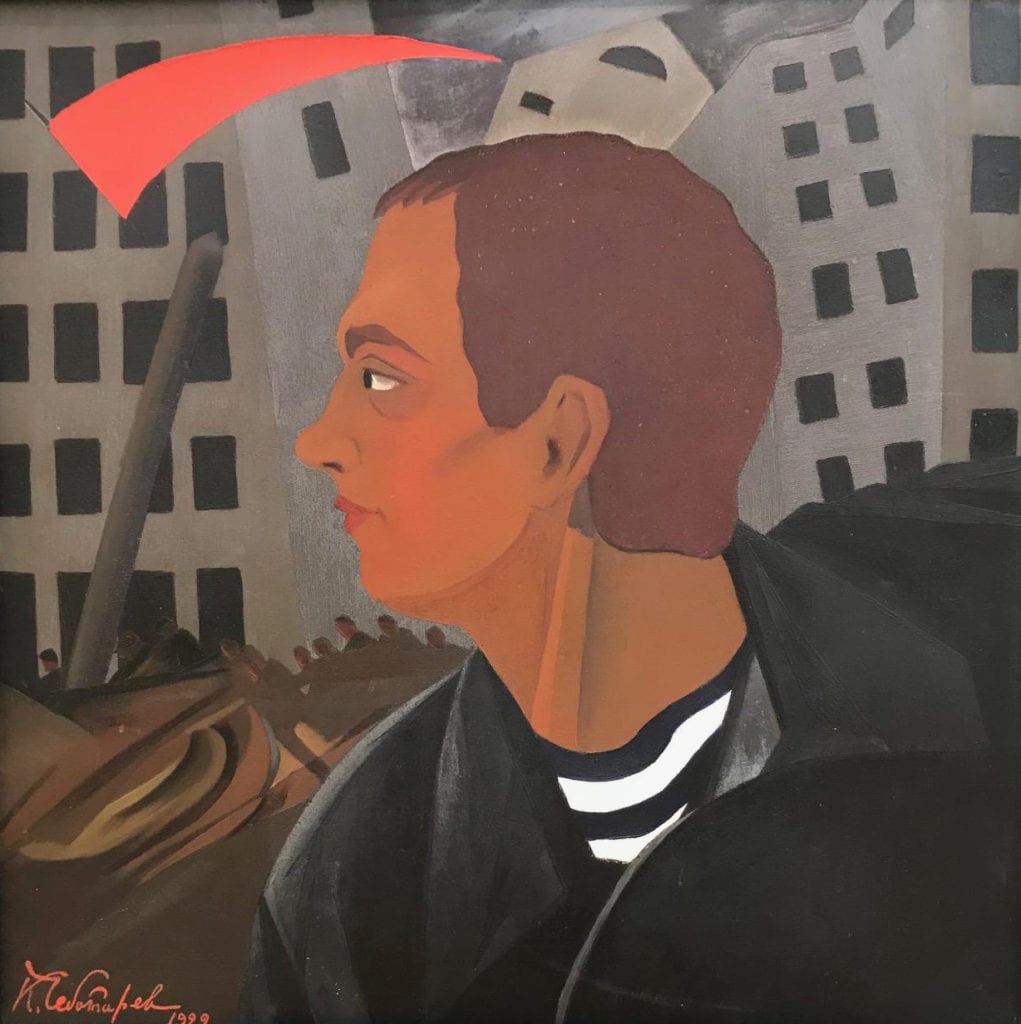 The next two paintings are portraits of well-known people in the arts, theatre director and producer, Vsevolad Meyerhold and composer, Serge Prokofiev — both done in the same period as “socialist realism” of the paintings above. 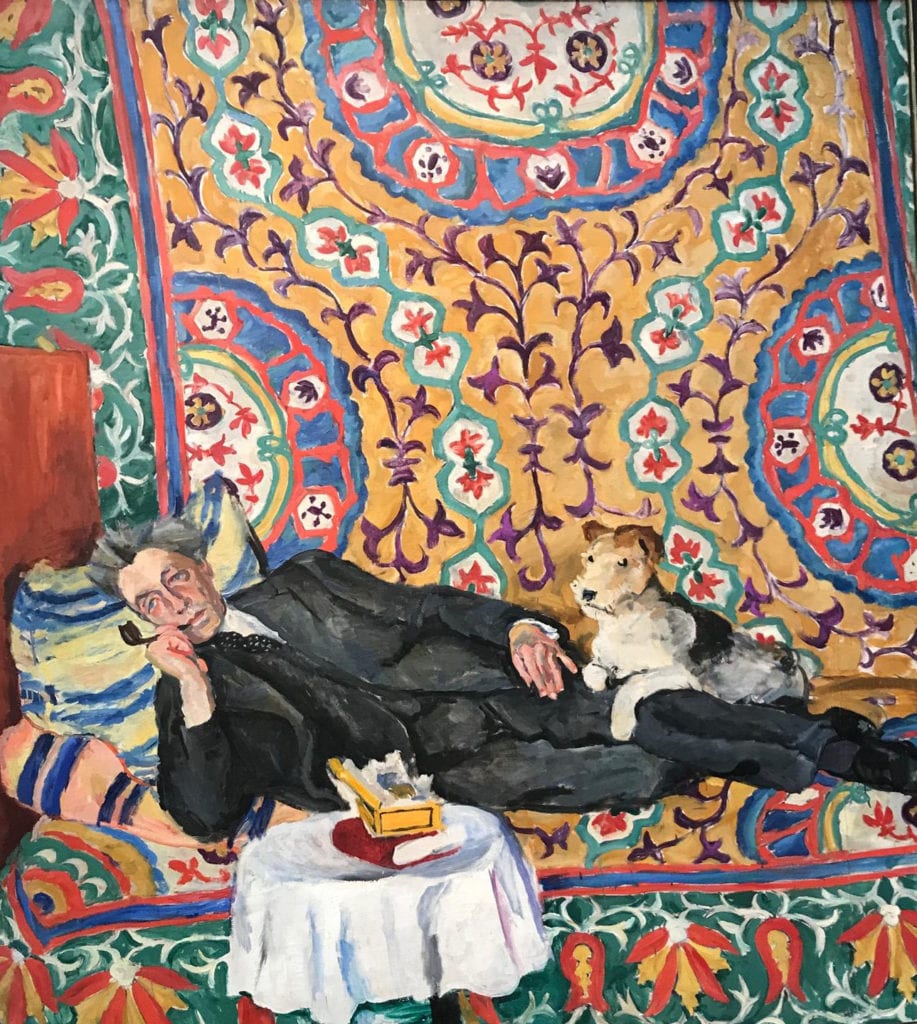 And finally, a glowing portrait of Stalin himself, same time frame. 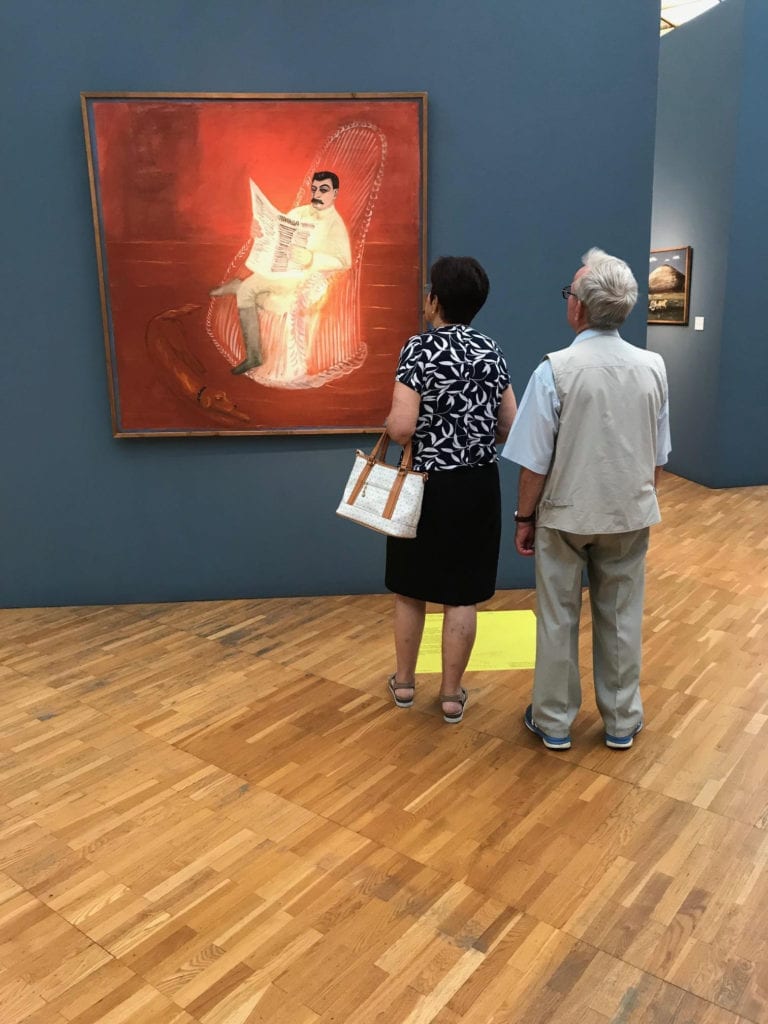 Interesting to note that nowadays one can go to beautiful shopping malls in Moscow and get anything one’s heart desires from the best caviar in the world to expensive shampoos or high dollar Louboutin shoes. 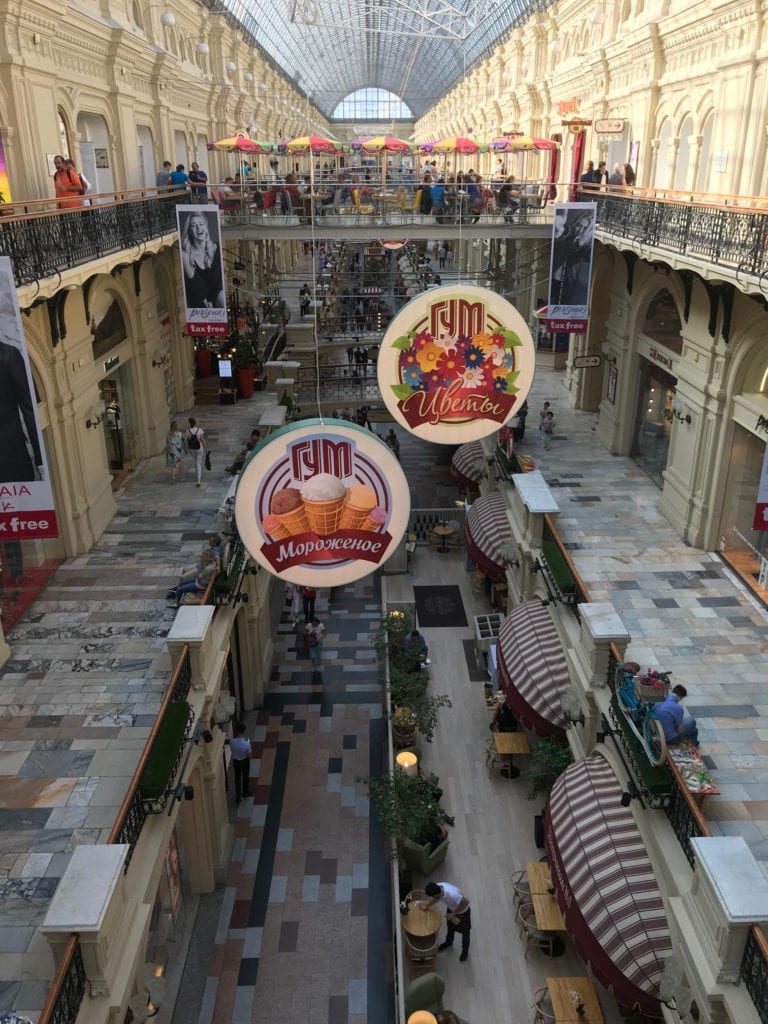