Trump was the clear loser in last night’s debate. 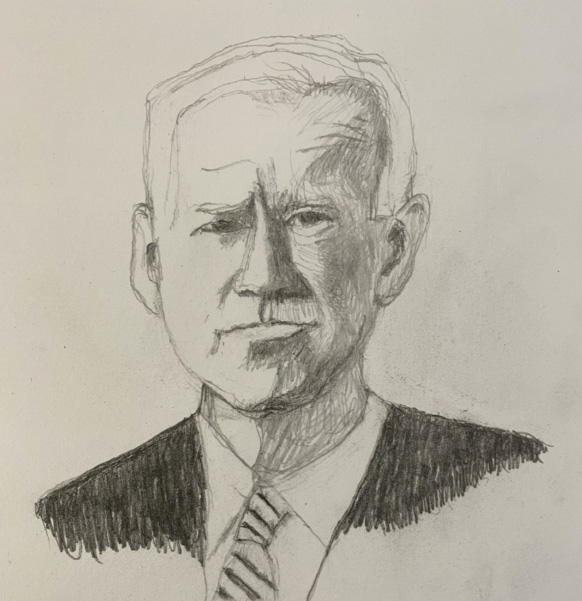 Because things are moving so quickly in the short time left before the election, I’ve decided to work on a series of political drawings rather than spend several weeks on an oil portrait in my studio. Speed is of the essence, I decided. I can produce a fairly detailed drawing in a matter of hours (depending on the amount of shading needed). This drawing of Joe, for instance, was done about two hours before last night’s debate. What was interesting was that I worked from a photo that made Joe look extremely grave and presidential, but I was amazed to see his true personality come through — the scrappy, affectionate, family-loving guy from Scranton, Pennsylvania. 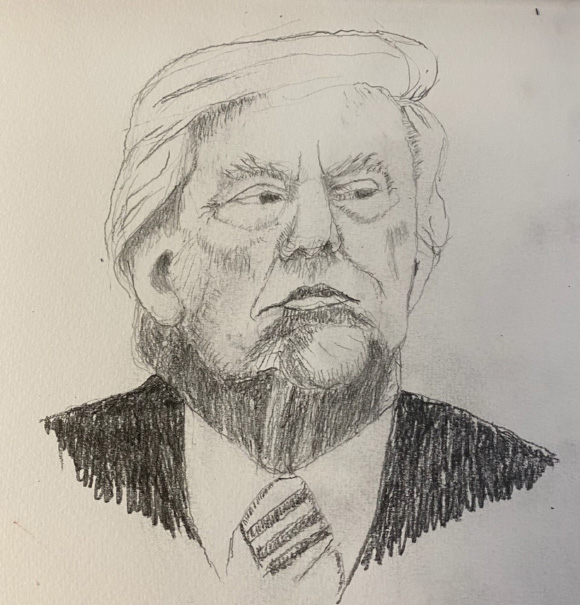 As for the other guy, Donald John Trump, no surprises there. I’ve done several painted portraits of him, and now a few drawings, and he always comes out the same: vulgar, pouch-faced, small-eyed, anus-mouthed, mean. 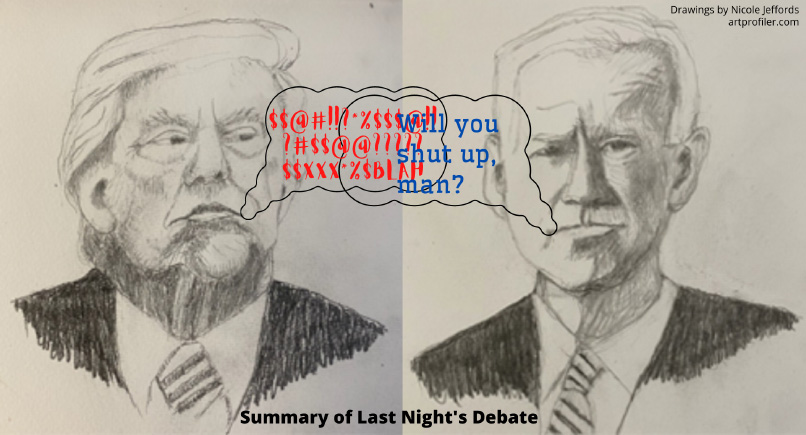 As for the debate, no surprises there either. Trump has no policy to speak of, no real sense of what the country is going through, or what people really need or want, or how to govern; all he knows to do is bulldoze, shout, incessantly interrupt with lies and half-uttered statements that make no sense. Painful to watch, painful to listen to, so who can blame Joe for eventually telling the president to shut up? Joe did his best with a flashing grin, head shakes, an expression that said, “This guy’s crazy.” He hung in there through all the chaos, and managed to maintain dignity and a certain gritty self-control. Trump, with his bombastic speech, orange skin, weird hair-do, crazy facial expressions, and all the NOISE coming out of him, was the clear loser. His obvious predilection for white supremacists, whom he has repeatedly refused to condemn, says it all.