I’m so nervous about this. I’ve been married — very happily I thought — for twenty-five years. My husband is my best friend, or so I assumed. Recently I noticed that he started to work out more at the gym and that he was taking better care of himself, wearing nicer clothing than usual. That made me a little suspicious, but I didn’t say anything. Then I smelled perfume on a shirt he threw in the laundry. He occasionally used to work late in the past, but now it seems like a regular thing and he stays late at the office once or twice a week. I’m pretty sure he’s having an affair and that bewilders and infuriates me, although we are no longer very sexual. But I don’t want the marriage to end and I keep thinking maybe I should just ignore what seems to be going on and, in the end, it’ll blow over. Please tell me what to do. There’s no tension between me and my husband and we’re getting along as well as ever. If I turn a blind eye, does it really matter? 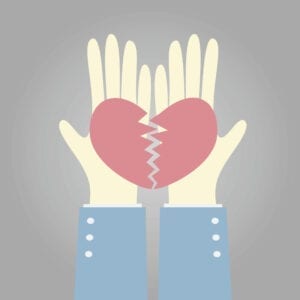 You can certainly turn a blind eye though I’m not sure that’s the wisest thing to do since in the end you will undoubtedly be eaten up by suspicion and jealousy. It’s always better to talk, have things out in the open where there are no shadows. However, it’s hard for me to advise you as you give few clues about your marriage and the kinds of agreements and financial commitments you have. If you are life partners and comfortable in your relationship, then your marriage can probably survive the occasional affair. It depends on the “rules” you’ve set up for yourselves. So, my suggestion is that you discuss what’s going on and make some mutually acceptable decisions about the parameters of your relationship and what you want your marriage to look like in the future. If he leaves you for this other woman, there’s nothing you can do about it and the marriage would have failed despite your not turning a blind eye. But if you are good friends with a long history of love and mutual supportiveness, who knows? The marriage could be solid enough to go on till death do you part.

REACTIONS TO HATE THE CHEAP SIDE 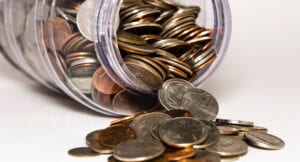 I had a friend like that and when I confronted her, she refused to hang around with me anymore. She just couldn’t deal with looking at herself honestly. And frankly, I found her cheapness so annoying that I was relieved.

Maybe your friend really doesn’t have much money for extras. Maybe she counts pennies for a reason. Ever think of asking her? Might solve the problem.

Previous Article
Hate the Cheap Side
Next Article
Love My Dog