Beto can bring humanity back to Texas politics. 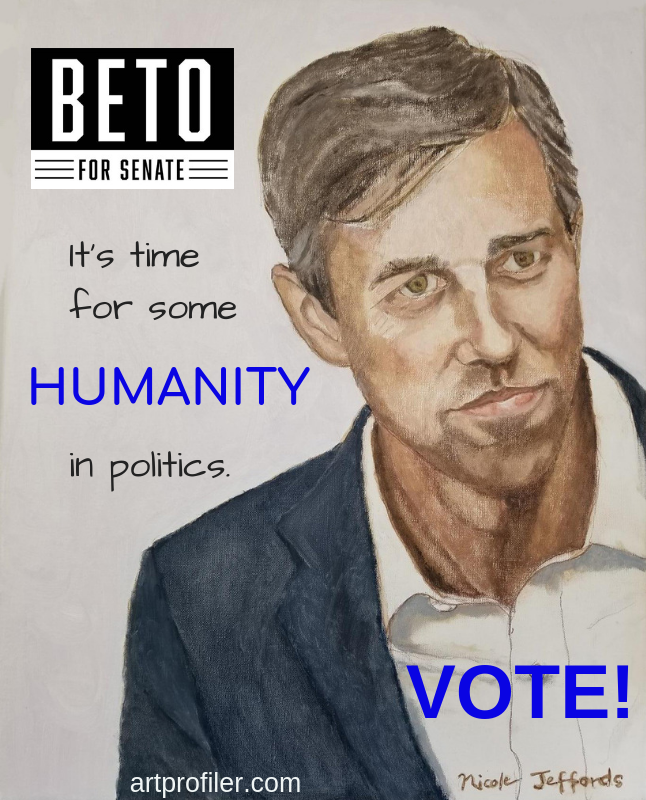 Be sure to tune in on Friday at 6pm for the Beto vs. Cruz debate in Dallas (multiple outlets broadcasting/ streaming). Texas desperately needs a real human being in the Senate. Ted Cruz doesn’t cut it.

In case you are not in the know, Beto is a fourth-generation Texan, born and raised in El Paso. He has served two terms on the El Paso City Council, and won his U.S. Congress seat in 2012 from an eight-term incumbent. He did it by knocking on thousands of doors and having real, HUMAN conversations with El Paso voters. He’s doing the same thing throughout the entire state of Texas now as he campaigns to unseat Texas Republican incumbent Ted Cruz in the U.S. Senate. Beto has visited all 254 Texas counties and held 321 town hall meetings. Unlike Cruz, Beto has not taken a single penny from a Super PAC and yet he has still managed to raise more money than his opponent.

Previous Article
FBI Can’t Be Trusted
Next Article
Call It Fake News — The Sheep Will Believe You.