The HUMAN Race: A Way Forward (The Gray Zone, Part 4)

How do we heal the human race?

“I believe the answer lies in the youngest generation alive on the planet today. There is still time to leave them unblemished from prejudice and hate, but we have to start now, at home, through open discussion.”

Editor’s note: This is a four-part story that is published on Wednesdays during the month of September 2020.

The Gray Zone, Part 3: They Called Them Freejacks

The Gray Zone series began as a personal interest piece for me after the murder of George Floyd in May. The spotlight aimed on racial abuse and inequality in the US didn’t seem to be fully functional until Floyd’s death, even though many Black people before him have faced discrimination and police brutality. Maybe it’s because we collectively watched Floyd die on our screens as he repeatedly muttered, “I can’t breathe,” and called out for his mama in his final breaths.

Floyd’s death disturbed me on multiple levels for obvious reasons. But the internal turmoil for me was also the feeling of guilt that swelled inside me – the guilt of white privilege, an advantage typically only enjoyed by white people but one that I have had since birth, even though I’m not really a white girl. I am the eventual product of my great grandparents who were in a biracial marriage, but I came out looking much whiter than most of my family, and my skin shielded me from the racism many (if not most) of them have faced. And for all these years, I have let that privilege protect me while saying nothing. 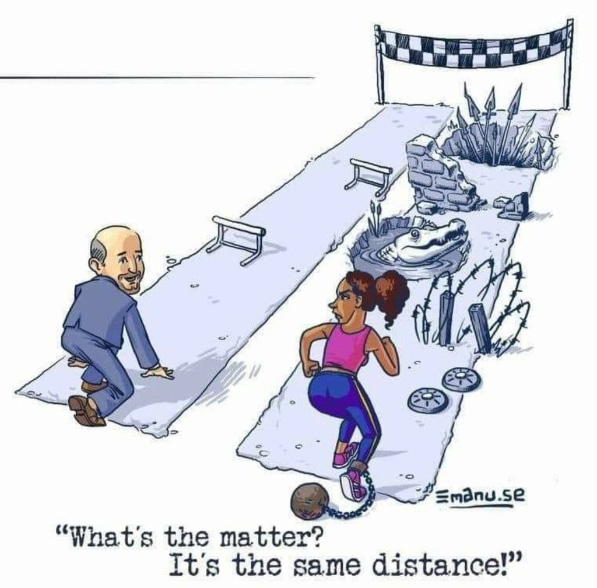 In part one of this series, I told you how I discovered (by accident, really) that I am of mixed blood, and then, in part two, about my family’s Creole heritage. In the third section I took a deep dive into only a few of the many instances in which my family members faced outright discrimination and hatred. In this final section, I’d like to attempt an answer to a question my Aunt B wondered about thirty years ago when raising her own children, who are nearly as white-looking as I am and who were gawked at for having darker parents:

“Where do you start when you are teaching them at home that skin color does not matter?”

I think that you start at the beginning. Not at the beginning of your own life, or the lives of your parents or grandparents, but much farther back to the start of American history. I’m not talking about the sanitized version of American history found in high school textbooks which avoid discussions of race and class altogether, instead oversimplifying the country’s past into hyper-patriotic narratives. I’m talking about the histories passed down from generation to generation; the articles written by journalists who have performed arduous research; the podcasts whose producers feature scholars who have devoted their entire lives to studying our history because they want to understand it — not because they’re after a paycheck. (If you don’t know where to start, there’s a fantastic resource list here.) While huge strides have been made since slavery was abolished 155 years ago, the inequality and prejudice woven into this country’s fabric has persisted – often quietly. 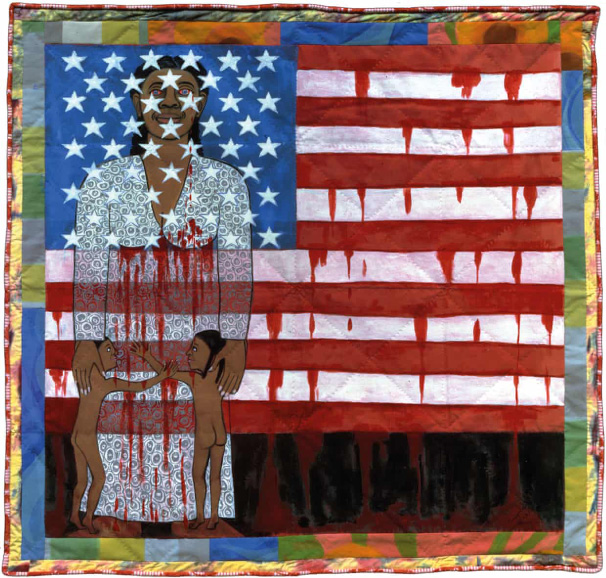 My grandparents didn’t talk to their children about race, even though their kids went to school around the time of desegregation and experienced atrocities built on racism from teachers and other students. Why not? To me it seems like the time was ripe for race and racism to be a central topic of conversation. But it wasn’t. And it still wasn’t when I was growing up in the 80s and 90s. As a teen, once I knew about my own mixed blood status, it still felt like a taboo subject that was best avoided.

For those who fit into one of the “pure” Anglo-American categories (Black, white, Indian), one’s own race is very clear. But for mixed blood people, who look in the mirror and don’t know what they are, race is a more abstract concept. Children have a much harder time comprehending abstract ideas. Take Covid, for example. How difficult has it been explaining a deadly illness you can’t see, and one that has affected our lives in such an extreme way, to your young child in a way that he will understand? Not talking about my own race left me confused for a long time. 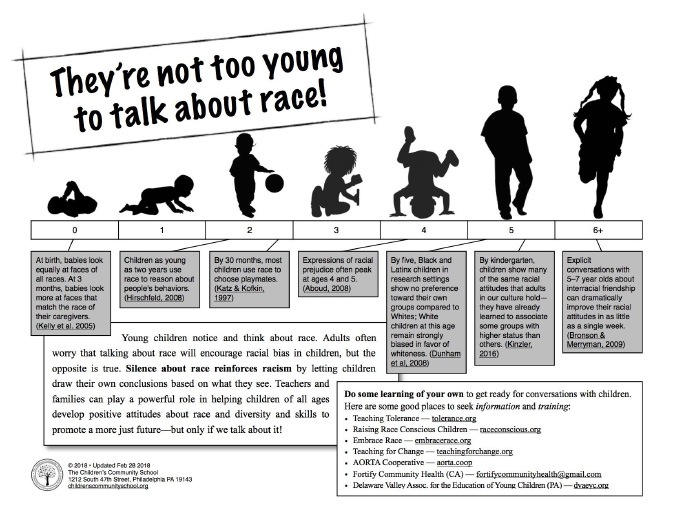 How To Talk To Kids About Race And Racism

One of my cousins reached out to me after the first two stories in this series were published and told me how difficult it has been trying to explain to people that he grew up with racism coming from both sides. He was never confused about being Black; his troubles stemmed from his having a light complexion (his father was Black, his mom — my aunt — mixed). He often had to fight the other Black kids to prove that he, too, was Black. The racism that took him many years to understand was about dark skin Blacks versus light skin Blacks. It wasn’t until he spoke about it with his college professor that he learned this hatred stemmed from the slavery days with “House Negroes” and “Field Negroes,” the former, mulattos, who were tolerated inside the slave owner’s home and treated better, and the latter, who worked the fields and endured more brutal punishments.

I always thought that racism was a one-way street – ignorant whites against Blacks. But through my interviews and research completed while writing this story, I have learned that it’s a much more complex subject: racism not only goes both ways but is often found within one’s own race! (And I haven’t even touched on the subjects of anti-Asian, anti-Semitic or anti-immigration racism, which are different stories altogether.) So, how do we fix it?

We talk talk talk talk talk. It is the only way forward as a human race. We have to know from the start that these conversations will be difficult. Defensiveness, fear of appearing or even realizing one’s own “-ist,” guilt over one’s own inaction to fight oppression — these are just a few examples of roadblocks one may encounter when trying to facilitate open discussions about race. And for people of color, it’s even harder because of the power differential between themselves and whites in this country, which is quite possibly the main reason they may be more reluctant to engage in the conversation. 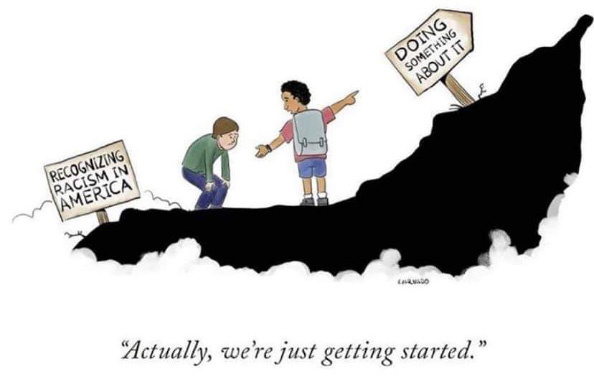 I’m not placing the blame on any single person in my family for not having the discussion (some did talk to their children about it), and I have no idea how far back the avoidance of the topic goes before my dad’s generation came along. Open dialogue about race, especially when you have been the target of a racist person’s anger and hatred, can be emotionally charged. It’s an ugly subject and we’d all prefer to talk about what we’re doing this weekend or how pretty the leaves look as autumn arrives.

Is it too late to save older generations from their prejudiced beliefs? Maybe, maybe not. Everyone is capable of change, but if one has grown up in a home and environment where racist beliefs are normalized, even if only on a subconscious level, it’s much harder to pull them out of that mode of thinking. Which is why I believe the answer lies in the youngest generation alive on the planet today. There is still time to leave them unblemished from prejudice and hate, but we have to start now, at home, through open discussion. We cannot shelter them from the truth; that would be a disservice to them and to the world. They can be the ones who make lasting change if we help them build the foundation.

My child will know where he came from, what makes him special, why his white skin doesn’t define him. He’ll understand and accept why his hair is thick and coarse, and that he’ll never have bangs that lie flat on his head like his friends’ hair does. He’ll be encouraged to ask questions and will be provided with answers that feed his curiosity. He’ll experience the same cultural traditions I loved taking part in while growing up in a Creole family. And he will be proud of it all, just like I am. 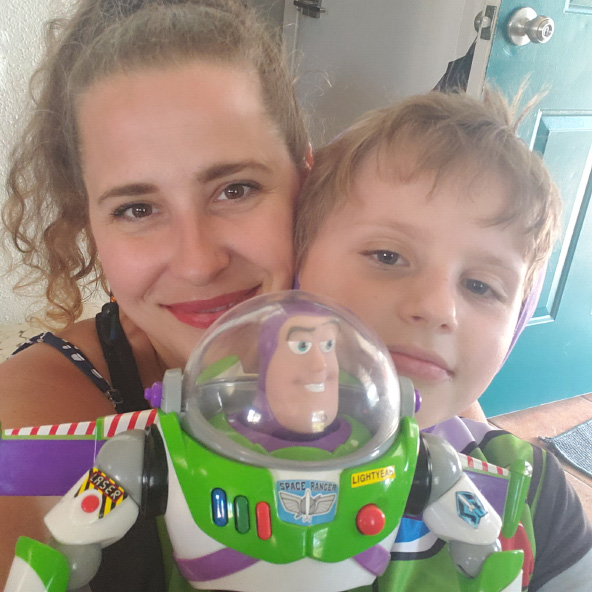 My son and I

For the facilitator of a difficult dialogue, inaction is the least effective course.

Authors note: Since publication of this story began, I have been contacted by numerous family members who were just as confused as I was about their race and/ or heritage. We are talking about it… for the first time in my 42 years on this earth. And I am so grateful for the open dialogue. I hope we continue the conversation.