The fly is a carrier of multiple diseases, as it is both bred in feces and feeds on it, too.

The Pence Fly is of particular interest at this moment, since one was spotted laying her eggs on the hair sprayed head of our Vice President last night. A cousin of the housefly, the Pence Fly is known to be a breed which spreads infections of the eye (like conjunctivitis caused by Covid-19), another cause for concern, of course. 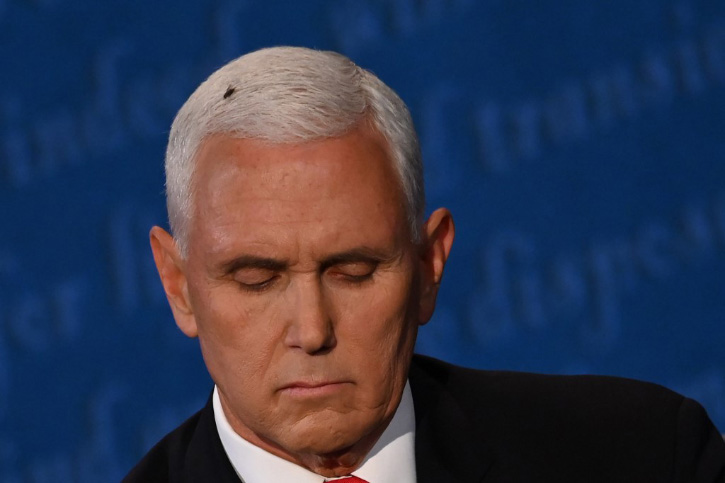 US Vice President Mike Pence at the debate against US Democratic vice presidential nominee and Senator from California Kamala Harris | Kingsbury Hall at the University of Utah on October 7, 2020, in Salt Lake City, Utah. (Photo by Eric BARADAT / AFP)

The life cycle of a Pence Fly has four distinct stages: egg, larva or maggot, poopa and adult. 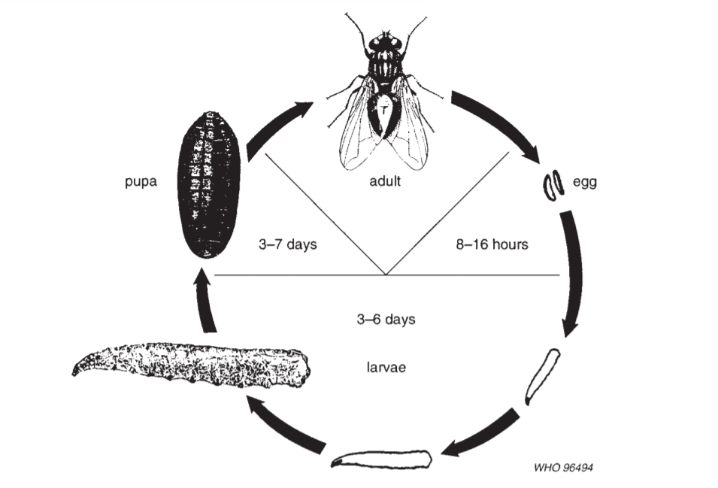 The Pence Fly feeds on both human food and human waste. When disease-causing organisms stick to the surface of the fly, perhaps on its wings and legs, the disease may only survive for a few hours, much like Covid. But the dirty organisms the Pence Fly ingests can live in his or her stomach for several days, with transmission occurring when the fly makes contact with people or their food, though most diseases are likely contracted more directly: water, air, hands and person-to-person contact. (Much like Covid.)

Therefore, it is of vital importance that the White House medical team is alerted immediately to the Vice President’s contact with a female Pence Fly last night. The People’s House already has one invisible disease running rampant through its halls. It’d be a shame if the Vice President introduced his team to an entirely new illness. He should be placed in quarantine immediately and should be performing self-checks for maggots and poopa for the next 14 days. Contact tracing should begin at once. 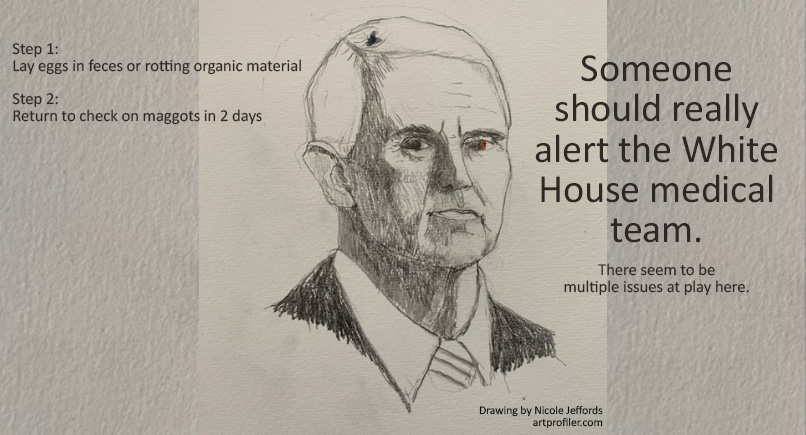