“I could see policemen walking up and down the train track with flashlights, about 40 feet beyond my property line. What were they searching for?”

Editor’s note: Caitlin’s journal ended abruptly on the evening of Sunday, May 24, the night before George Floyd was murdered. Now it’s three months later, nearly the end of August, and obviously a lot of things have happened in the time that’s elapsed since we started posting Caitlin’s journal entries. It was an editorial decision on our part to let the journal run to completion before jumping in to say what had happened to Caitlin. You can start at “Caitlin’s Story Continued, 1” to catch up.

Once I found out about the shady Dr. Greta Shultz, I wanted to know more. Did Shultz, for instance, know about the key fob, which at that moment lay buried in the earth under Caitlin’s tent?

The key fob, it seemed, was the key to the whole mystery surrounding the disappearances of Caitlin’s virologist husband, Dr. Li Wang, and his sister Mei. As far as I knew, the thing didn’t actually work as a key to anything. But hidden inside it was a memory chip containing vital research on a Covid vaccine. From Caitlin’s journal, I learned that her husband had told her that if anything happened to him, she was to give the key fob to a virologist named Otto Ling. To him and no one else.

I was both spooked and intrigued by all this top secret Covid research business. How many players were involved in the drama? The two Asian men who had chased Caitlin out of my client’s house and beaten up her former personal shopper, V (though this was probably just a ruse). V, herself, whose involvement was still a mystery; and now Dr. Shultz.

And also, of course, the mysterious Otto Ling, who, according to Caitlin’s journal, had disappeared without a trace. How weird that I have his freaking parrot, Lola. Every time I went in the greenbelt to visit Caitlin, she asked me about Lola and begged me to bring her next time. Which I gladly would have done, if it weren’t for my son who had fallen in love with the parrot. Otherwise I’d “accidentally” leave the window open so the bird could fly away and never fucking bite me again. 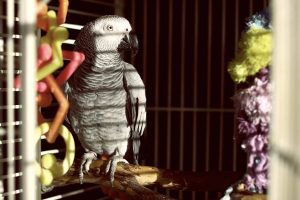 I was lying in bed, tossing all these thoughts around, when, as if on cue, Lola started squawking from her blanket-covered brass cage, “Fauci, Fauci, Fauci.” WTF?! That wouldn’t be the last time Lola would say Fauci’s name, but I had no idea why. I could only assume she’d heard Ling say it before.

The next morning, Sunday, I did my own digging for information on Dr. Shultz but came up empty. I wondered where Caitlin’s researcher friend, Henry Sullivan, had learned about the UT virologist’s past shady dealings. I hate to admit it, but I was getting a thrill from the detective work and wanted to solve the mystery myself. So I asked Caitlin to put Henry and me in touch. “I think we should work together,” I told her. “That way we’d have a better chance at helping you find Li.”

But Caitlin never got the opportunity to put Henry and me in touch. Because that night, just before sunset, Caitlin Wang was murdered.

I’d taken my dog, Puppa, for a short walk around 7:45pm after the temperature had cooled. As I rounded the corner of my street, I saw a medical examiner’s truck and six police cars, their red and blue lights dancing in the trees. They were parked about three doors down from my house, directly in front of an apartment complex — the same complex with the broken fence boards that I’d been using to access the greenbelt. 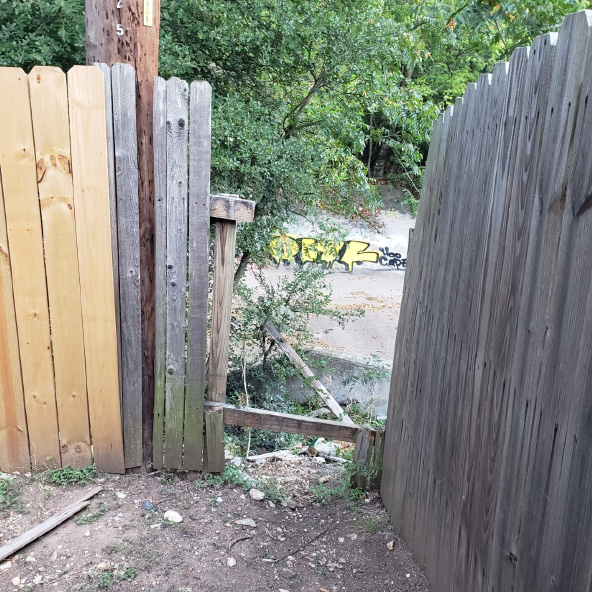 The broken fence that provided easy access into the greenbelt

My initial thought was that something awful had gone down in one of those apartments, but when I got home and went out back to water my garden, I could see policemen walking up and down the train track with flashlights, about 40 feet beyond my property line. What were they searching for?

And suddenly it hit me. They were searching for body parts. Why else would the medical examiner’s truck be parked out front? Someone had been hit by a train. I’d seen this same exact scenario eight years earlier, when a high school student playing on the tracks hadn’t been able to jump down quickly enough and had been smashed to pieces (literally) by a freight train. 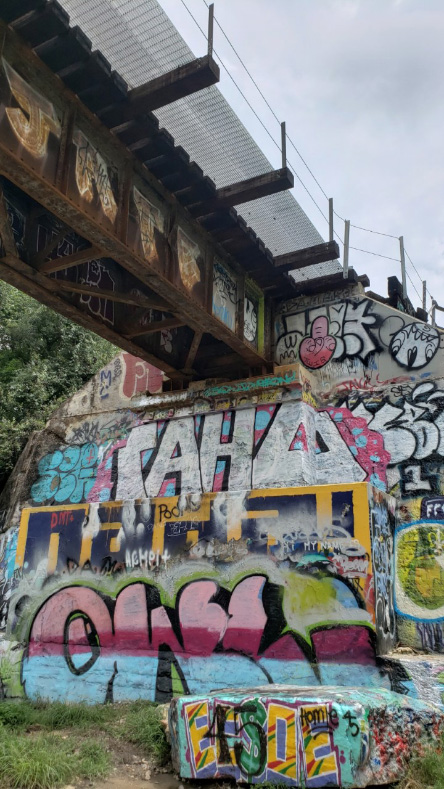 There is no way Caitlin would have willingly walked on that track after seeing firsthand how fast the trains shrieked by. Plus, there’s only one way off the track in the area behind my house. You have to jump — the fall would’ve broken Caitlin’s frail, skinny legs.

There was only one explanation — V had finally found Caitlin and pushed her in front of the train. With this awful realization, I vomited right into my vegetable garden.

The last part of this story will be published on Monday, August 31. We highly recommend starting at the beginning with our series of videos, when we first announced that Caitlin was missing til when we finally found her and met in person for the first time. If you’d like to start in the middle with her journal entries, click here.

Cover photo – The train bridge, about 35 yards from where Caitlin’s tent was