Our Leader never disappoints.
Just when you think you’ve seen and heard it all,
he manages to tweet, say or do something that
stretches the bounds of political civility
beyond what would have been,
for any other president,
the breaking point.

The breaking point is when the gloves come off and the guns
come out, which the police in many parts of the country,
we now know, have been preparing for and even
looking forward to, probably since the election
of our first African American president
shook the ground under their
racist feet some 15 years ago.

In retrospect, that’s what Charlottesville was
almost certainly about. Those “very fine” white
supremacists Our Leader spoke so highly of
and seemed to know weren’t the rabble
in the streets, as many assumed.
They were the police.
And what he said wasn’t a slip of the tongue.
It was a wink and a nod from the
President of the United States,
telling them what they
were thinking and
preparing for,
had his OK. 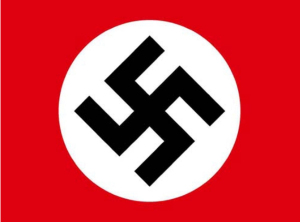 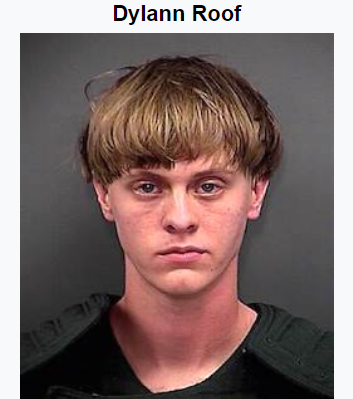 Maybe I spent too much time in Moscow during the Khodorkovsky trial. Or maybe so many random things that seem suspicious keep happening, especially of late, that I too often forget only right wing nuts see conspiracies where there aren’t any. I should know better by now; only our domestic and foreign intelligence and counter-intelligence services and theirs decide which unrelated random events are related… and which are not.

That having been said and with those caveats, I find I can’t shake the thought that there’s a connection between the Charleston murders five years ago; the series of choke-hold and other police murders that have recently come to our attention; and Donald Trump’s seemingly tone-deaf response to them and his over-the-top outrage when the “terrorists” began tearing down the Confederate war hero statues erected in the early years of the 20th Century in support of the KKK.

I say “tone deaf” because, even given the very fine line he tries to walk between being a racist and pandering to them, as he did again Sunday (see following story), he must have known he would alienate more of his base by showing his true colors in the aftermath of George Floyd’s murder, than had he simply issued a nothing statement saying George Floyd’s death was “unfortunate,” leaving it at that. Or saying nothing at all.

He really didn’t need to show utter contempt for the protesters protesting rogue cops who kill defenseless blacks on tape, unless maybe there’s something else going on we don’t know about. I mean, the white supremacist Gestapo crowd already knows he’s one of them—and, with George Wallace long gone, they don’t have anyone else to vote for, anyway. 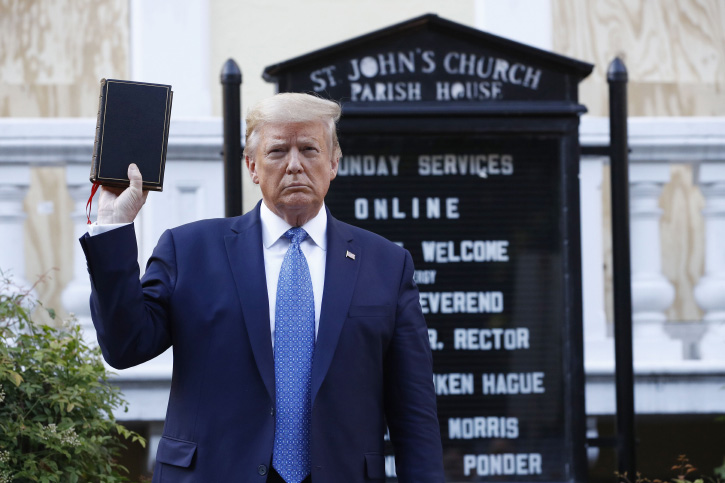 I distinctly remember reading that Dylann Roof was more than just a hate-filled, run-of-the-mill white racist piece of shit who decided to kill some very fine black people in Charleston because he could.

In fact, he is a hate-filled, white racist piece of shit who methodically planned the terrorist act he committed with a political objective in mind. He hoped to start a race war, thinking his heinous crime would cause blacks to riot in cities across the country, giving state and local police reason to further repress black communities and state and local politicians reason to resist demands for policies and programs to overcome centuries of discrimination and injustice.

What Roof expected to happen didn’t happen because we had an African American president who flew to Charleston to sing “Amazing Grace” with the mourners and to condemn Roof’s crime on behalf of the nation as a whole.

But where did Roof’s big idea come from? According to the reporting at the time, he was influenced by the white supremacist websites he visited and learned from, even though police investigators ultimately concluded he was “self radicalized” and acted alone.

One doesn’t have to be a conspiracy nut, however, to link the white supremacist garbage that influenced Roof to the disregard for black lives that seems to be rampant among police forces, in cities large and small, across the country today.

If this was 1965 and Bull Conner were still around, these racist attitudes might be understandable. But it’s been over half a century since the great civil rights acts of the 1960s took effect and should have become required reading and drilled into the head of every police cadet who hoped to graduate from every police academy in the country.

It seems strange and telling that George Floyd was murdered in Minneapolis, the home of Hubert Humphrey and the liberal wing of the Democratic party, of all places. What’s going on in this country? 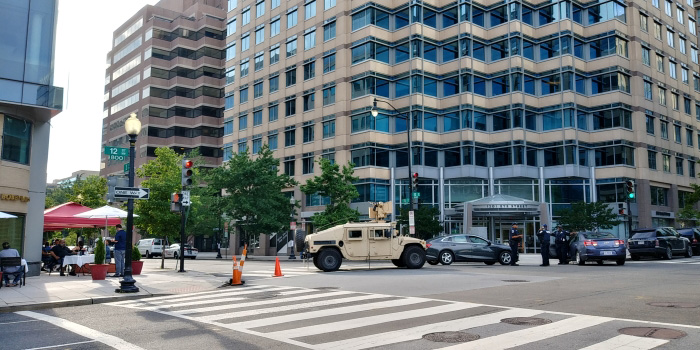 Are we to believe the people we pay to enforce the laws of the land still don’t know what they are? Are we to believe that no one’s ever told the police that justice is supposed to be blind, at least insofar as the color of one’s skin is concerned?

Or is there a countervailing force, or source, of information and recruitment at work that ensures the ranks of our police are filled with hardened racists and Nativists who think it’s their patriotic duty to protect what was great about America by protecting the privileged position of the soon-to-be white minority from the anger and “un-American” ideas and culture of the ascendant non-white majority?

Are the cops who think they can kill blacks with impunity and the police unions that protect them, reading, and maybe even writing, the same online garbage that motivated Dylann Roof to try to start a race war in 2015?

Could it be that Our Leader is so reluctant to criticize their lawlessness now because he needs and expects them to be his first line of defense against We the People, both black and white, when he refuses to leave the White House next January after a disputed election in November?

Or when his agents blow up churches or synagogues or assassinate politicians or clergy before the election, setting off the race war Dylann Roof failed to set off, or a generational war, with mobs setting fire to cities across the country? Is he counting on state terror and a tepid response from Biden and the Democrats to solidify support for a Leader who knows how to repress, if not empathize and heal?

Is it far-fetched to think we may have our very own Kristallnacht, redux, perhaps in October, the month of surprises in Presidential election years?

I think we can count on it. Or something like it when all the strange, suspicious and seemingly unrelated events in this time of multiple crises, suddenly relate.

A word of caution. Just because right wing nuts have given conspiracies a bad name, that doesn’t mean some conspiracies aren’t real.

We just don’t know which ones are…yet.

Who tweeted Sunday’s White Power tweet?
Was it our hard-of-hearing president
or the real Donald Trump?

So, the White House would have us believe the President of the United States listened to the video he re-tweeted at 7:39 a.m. Sunday morning but didn’t hear one of his “great” supporters shout “White Power” during an anti-Trump protest at the Villages retirement community in central Florida.

Having myself advised presidents of countries on what’s called messaging, I can imagine the tortured discussions that took place between Press Secretary Kayleigh McEnany and Son-in-Law Jared Kushner when they set about trying to devise messaging to defuse the uproar and explain why the President isn’t a white supremacist just because he called his white power supporters “great people” and re-tweeted the aforementioned video clip Sunday morning.

To their credit, McEnany and Kushner “immediately realized they had a problem” when they learned what the Boss had done, according to a story about the tweet in this morning’s Washington Post. The story went on to describe the sequence of events that led to the video clip being deleted from Our Leader’s account three hours later.

But it missed asking and answering what I think are a couple of key questions.

Why, if Kayleigh and Jared knew “immediately” the white power shout was a problem, and Our Hard-of-Hearing Leader hadn’t heard the offensive battle cry but was equally appalled, did it take three hours for the tweet to be deleted? Could it be that what Our Leader had trouble hearing was what his Third Press Secretary and First Son-in-Law were telling him?

Was the three-hour delay because the real Donald Trump did, in fact, hear what his supporter was shouting, and heard nothing wrong with it?

Where do these video clips come from? Our Leader famously doesn’t know how to use email. Does he know how to edit and post video on tweeter? Or has he delegated his tweeter account to aides who look for the kind of incendiary stuff they know he likes and have the authority to post it on his account?

Is the “problem” the White House has that what Our Leader tweets doesn’t represent what he thinks? Or is it how to communicate to his white supremacist supporters that he approves of what they’re doing—without causing the kind of media uproar his tweet caused Sunday morning, when he did?

Does anyone else think it odd that William Barr refers to Antifa as “anti-fascist terrorists” without qualification, in effect accepting their view that the Trump Administration is fascist?

Is that what it is? Is that where we are? 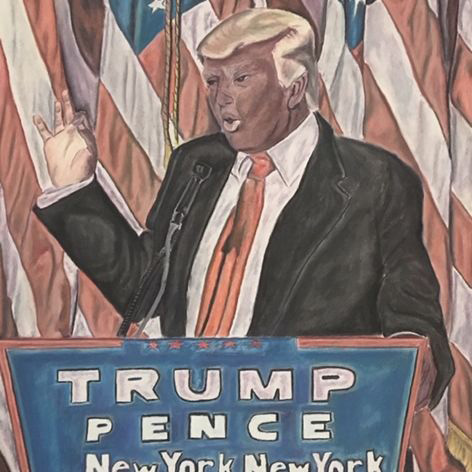 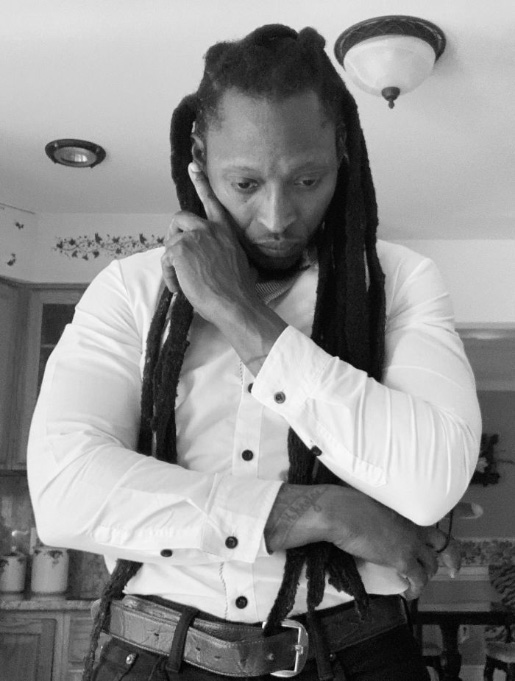 Carlos Walker asks white Americans
to imagine how they would feel
if the country’s African American majority
elected a bigoted Black Power advocate
President of the United States. 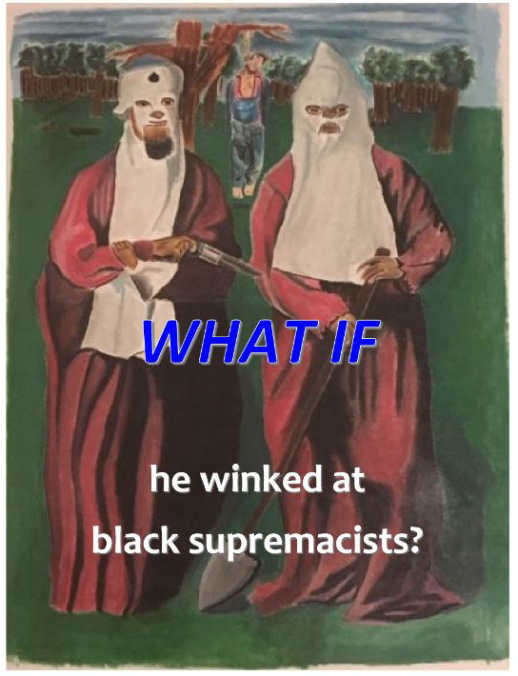 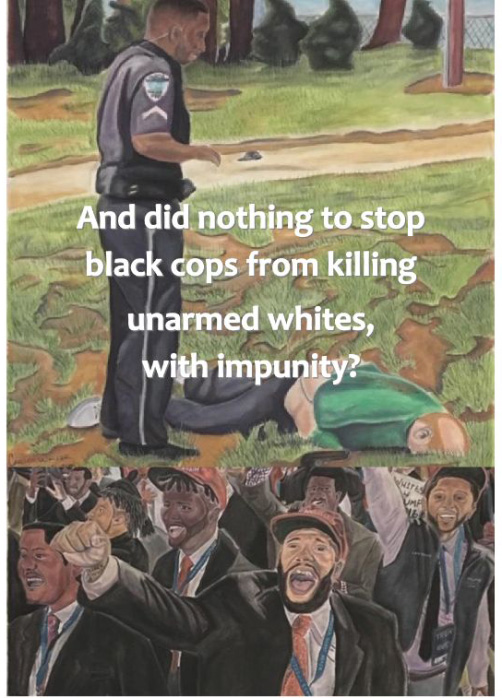