The World of Franyo, Part 20: Bad Girl in Italy

I was twenty! I was going to Perugia, Italy, to study for a year! Life began when I got on the boat – in this case, a junky old freighter filled with kids who wanted to party. We had a very sloshy journey across the Atlantic, totally unlike the high-glam ocean liner experiences of my parents a decade before.

For my two years of college up till then, I’d been a grind. I had to have straight A’s. I was a comp lit major (who kept taking art courses) and needed Italian as a third language. Pretty much all I did was study. I had a weird brain: high verbal skills, zero math ability. Fractions, algebra, geometry, were incomprehensible to me. That I got into college at all was amazing. But I did, and I chose the worst possible school for a kid who was introverted, not a joiner, and not political: the University of Wisconsin. 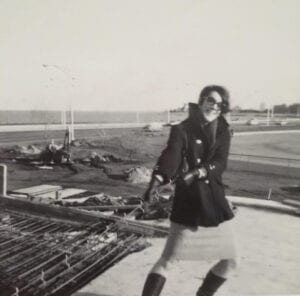 Perugia was beautiful, hot, bright, ancient. I knew none of my fellow students. A random group of us were housed in a “pensione” in walking distance from the Universita where we’d be taking classes. On my first day I nearly fell asleep. The professors seemed as ancient as the city – boring old men with yellowish white hair who droned on and on about Italian literature and history. We were taught in lecture halls, so it was easy to go unnoticed (though the boy sitting directly behind me tapped me on the shoulder and whispered that he recognized me from New York: we lived a block apart). After the first few days, I began to do what I’d never done in either high school or college: skip classes.

I hung out in bars and cafes with the other girls from my pensione. In our pretty dresses, with our hair done up, and our summer tans we attracted lots of attention. My Italian improved rapidly, but I couldn’t see spending a year in this place, certainly not if it meant attending deadly lectures every morning. So what did I do? I called my sweet father, who, as always came up with a plan. 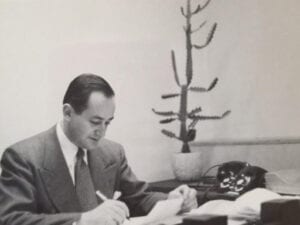 At this point in his life, my father had left the oil business and started his own company, PanAlliance Corporation that helped with startups in underdeveloped countries. There was a fish meal plant in Chile and a bottling plant in Pakistan. My father’s idea for me was that I leave Perugia in three weeks’ time and travel with him to Karachi. Believe it or not, this sounded great to me. I’d met his Pakistani business partner, Mr. Shanavas, a devout Muslim who had two wives, both of whom had visited us in New York. I found the concept of two or more wives fascinating. I was ready to go. But in order to travel there I had to have a series of shots: typhoid, cholera, yellow fever. I took the train to Rome, where the vaccines were to be administered, very proud of myself that I handled everything so well in Italian. By now I was pretty fluent and could even engage in heated arguments without faltering.

A few days later my friend Nancy came to visit me in Perugia. The two of us had a history of getting into trouble together, and nothing had changed: from the moment Nancy set foot in the pensione, trouble was in the air.