TIME Magazine Commissions our Founder for a Cover Project!

We are delighted to announce that ArtProfiler’s founder, portrait artist Nicole Jeffords, was commissioned by TIME Magazine to paint a portrait for their most recent issue that features the 100 Women of the Year project, the magazine’s list of the most influential women of the past century. 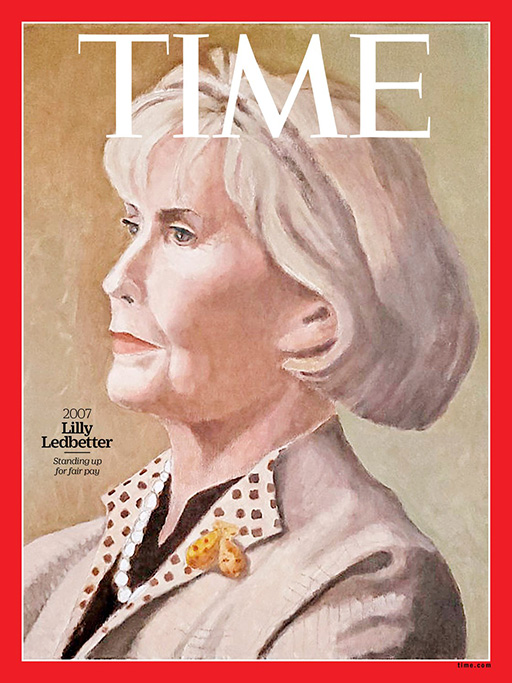 Pictured above is Nicole’s portrait of Lilly Ledbetter, the fearless female heroine who took on Goodyear in a legal battle for equal pay for women that went all the way to the Supreme Court in 2007, in which Justice Ruth Bader Ginsburg wrote a strongly worded dissent that resulted in the Lilly Ledbetter Fair Pay Act in 2009. 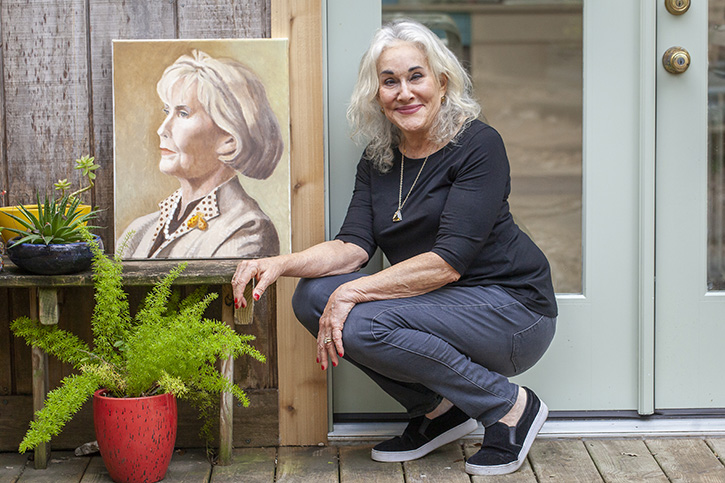 I received an email from one of TIME’s art directors in mid-February pitching the idea, and immediately called Nicole to give her the news. I don’t think she believed me at first! And so began a rapid progression of communication with TIME who assigned Nicole to Ms. Ledbetter, contract reviewing and signing on my part, and cancellation of appointments on Nicole’s end, so that she could lock herself in the studio for the next nine days before the final portrait was due. It was a whirlwind process and very difficult to contain our excitement, as we couldn’t tell anyone what was coming. Below are some work in progress pictures. 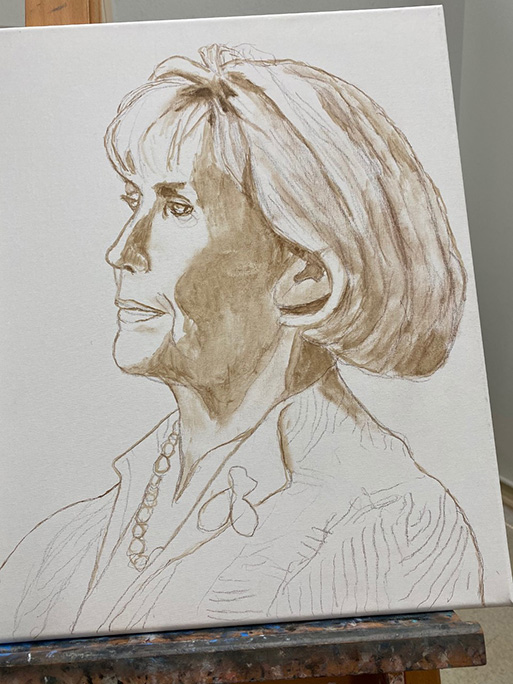 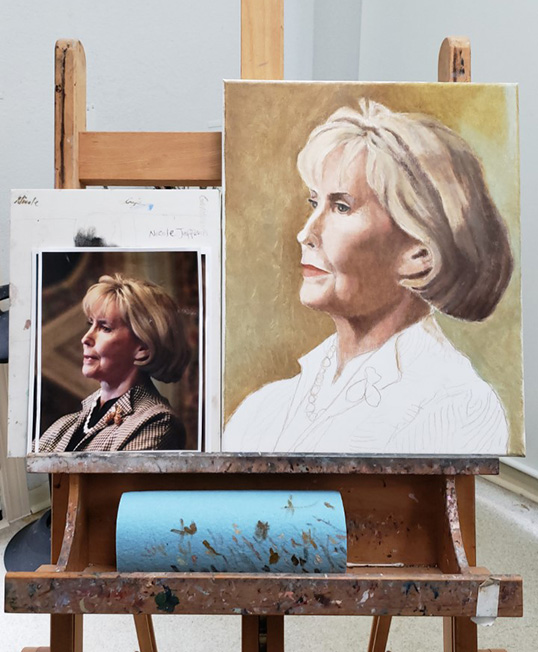 Work in progress, about 5 days in 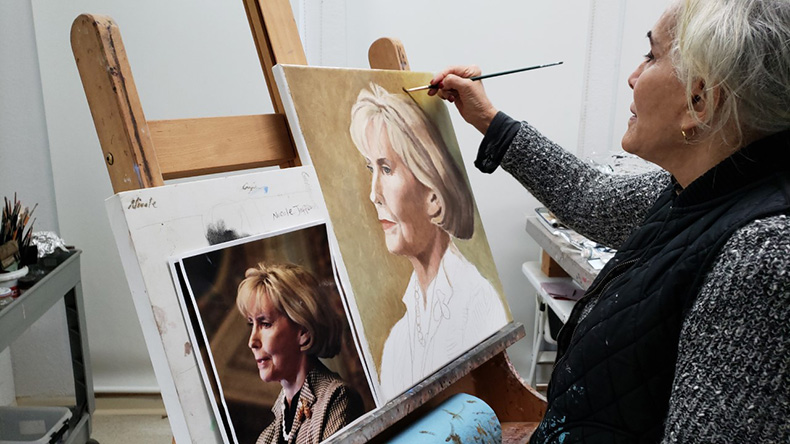 Nicole at the easel

We are so proud of Nicole and of all the women of the world who demand equality and won’t stop fighting for it until they get it. BRAVA!

This portrait will be on display at our exhibit in the WEST Austin Studio Tour in May. Come see!