THE TRUMP ADMISSIONS SCANDAL:
Will Mary Trump’s memoir force the University of Pennsylvania
to revoke Our Leader’s Wharton degree?

Cheating on exams, cited by Mary Trump in
her new book, adds fuel to the fire

For 18 months, Penn’s president
has ignored my letter asking
the university to investigate
the rumors of bribery and
cheating that have long
surrounded Trump’s
Wharton degree.

Will Mary Trump’s revelations
finally force Penn to dig
deep into its past
to save its
future?

The opening paragraph of the letter I
sent to Penn’s president, Amy Gutmann,
calls on the university to “defend the integrity” of its alumni’s degrees.

Specifically, the letter asks Gutmann to investigate how it was possible for Donald Trump to be admitted to, and graduate
from, Wharton in 1968 “without the
basic language skills and know-
ledge of science, history,
literature and the arts
one would expect of
a graduate of the
University
of Pennsylvania.”

CLOAKED AS HONORABLE
AND SPUN AS VIRTUOUS

The University of Pennsylvania, founded by Benjamin Franklin in 1740 and now one of the nation’s most prestigious universities, has risked severe damage to its own reputation and to the integrity of the degrees granted to its alumni by refusing to investigate the circumstances that allowed Donald Trump to graduate from Wharton half a century ago.

If for no other reason than the imminent release of Mary Trump’s memoir, Too Much and Never Enough: How My Family Created the World’s Most Dangerous Man, the University must put an end to the President’s charade that he earned his degree from Wharton legitimately.

If the facts prove otherwise, as they likely will, the University must revoke Trump’s degree immediately, before November, exposing yet another lie without fear or favor..

This is not a trivial matter. As Mary Trump tells us in her book, earning a degree from Wharton gave Donald a leg up with Fred Sr. and contributed to her own father’s early death.

It also contributed to the Donald’s belief that money, lying and cheating could get him anywhere he wanted to go; and later, to his successful campaign, allowing him to present himself as a “genius” capable of being president.

The university’s silence in the face of Trump’s shameless use of Wharton as a prop has gone on long enough. 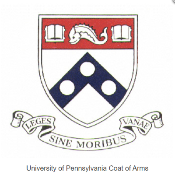 With the Supreme Court’s reaffirmation this week that not even The Donald, as president, is above the law, it’s past time for Penn’s president and trustees to demonstrate that he’s not above the university’s own policy governing the revocation of its alumni’s degrees, either.

Without exception, its policy is to revoke the degree of anyone found to have provided false information on his or her application for admission or to have cheated on the exams he or she needed to graduate.

Insofar as the university’s most famous graduate is concerned, a good place to start an investigation into his admission to Wharton would be President Gutmann’s office, where she has reportedly put Donald Trump’s SAT scores, transcripts, admissions file and any other records related to his two years at Penn, in a safe place, under lock and key.

If the trustees don’t know what to look for, they might ask Gutmann for a copy of the letter I faxed to her in January of last year, which she never had the courtesy to acknowledge, even though I was assured it had been put on her desk.

In it, I tell her what I had heard, and from whom I had heard it (Claudia Cohen, a pal of mine from Penn who knew The Donald during his heyday in New York). The gist of what Claudia told me was that Trump had neither the board scores nor grades to qualify for admission to the university’s Wharton School of Finance, as a third-year transfer student, in the fall of 1966.

But he was admitted, anyway, I was told, because his older brother, Freddy, knew someone in the admissions office, whom the family persuaded to approve young Donnie Trump’s candidacy for admission—after he flunked out, or nearly flunked out, of Fordham, where he had “studied” his freshman and sophomore years.

It should be relatively easy to compare his board scores and transcripts from Fordham with those of other transfer applicants in 1966 to determine whether young Donnie’s record measured up to theirs.

When I wrote to Gutmann, I didn’t know the name of the admissions officer I had been told was a friend of Freddy Trump’s. Had I known, it would never have occurred to me that he would stlll be alive.

But The Washington Post found him last year, retired and talkative as ever. His name is Jim Nolan, and he confirmed much of what I had been told, including that Fred Sr. had tried to “ingratiate” himself with Nolan the day Donald came to be interviewed, accompanied by his father.

The Post reporter never asked Nolan if Fred Sr.’s offer of gratitude was accepted; indeed, Nolan made it seem as if.the university was so desperate for transfer students, any applicant who could afford tuition, could come.  That’s not my recollection, at all; and I was editor-in-chief of the student newspaper, The Daily Pennsylvanian, two years later, the year The Donald graduated.

In my letter, I also told Gutmann that I had heard, though I wasn’t sure from whom, that young Donnie Trump, as he was known then, didn’t spend much time in Philadelphia; didn’t go to class very often; and paid someone to take his exams for him.

Arguably, there was some genius in that. But presumably not the kind he wanted voters to think of when he was citing his Wharton degree as proof of his intelligence during the 2016 campaign.

Mary Trump, Freddy’s daughter, reportedly adds fuel to the fire. She writes that her Uncle Donald paid a very bright contemporary of  his at Penn, Joe Shapiro, to retake his SAT tests so that the scores would be high enough for The Donald to transfer into Wharton.

Given the timing of when Trump probably met Shapiro (after he was already at Penn) and when Trump would have taken, or retaken, his SATs (before he was admitted), it may be she mixed up what her father told her about when and how Shapiro helped Uncle Donald.

Instead of on the way in, it may have been on the way out. Either way, it would be cause to revoke the Donald’s degree under the  university’s new revocation policy.

(That Pam Shriver, Shapiro’s wife of three years before he died, and his sister say Shapiro would never have done anything like take someone else’s exams is, frankly, not dispositive. Had anyone ever found about it, it might have cost Shapiro his degree from Penn (Phi Beta Kappa) or, later on, his law degree (from Harvard).

Michael Cohen, Trump’s fixer, testified before Congress, under oath, that Trump was himself worried about his grades and test scores becoming public.

Around the time Trump announced for president, Cohen said Candidate Trump ordered him to write letters to both Fordham and Penn warning that he would sue if his grades or scores from either institution became known.

The University of Pennsylvania owes it to itself and to its hundreds of thousands of alumni to thoroughly investigate the alleged improprieties attached to Donald Trump’s admission to, and degree from, Wharton.

As I told Gutmann in my letter, the university needs to explain how it was possible for Donald Trump to receive a degree from Wharton “without the basic language skills and knowledge of science, history, literature and the arts one would expect of a graduate  of the University of Pennsylvania.”

And, if it turns out that the only explanation is that he should never have been admitted in the first place or cheated his way through his course work in order to graduate, then the university needs to revoke his degree to defend its institutional integrity and ours, its alumni.

Otherwise, the University of Pennsylvania, my alma mater and a school I truly loved for the education and opportunities it gave me, will be known forever more as the university responsible for graduating the most poorly educated, least prepared, least intellectually inquisitive, most ignorant, most uncouth, most selfish, most corrupt, and most destructive president in the history of the modern presidency.

If which case, the university I loved will have betrayed me and the country Donald Trump will leave behind sick, exhausted, divided, in agony today and afraid of tomorrow..

In short, there is nothing to be proud of.