JUST BECAUSE HE CAN’T PROVE FRAUD, DOESN’T MEAN HE WON’T TRY TO BURN THE HOUSE DOWN

Published today, certain we are watching a train wreck waiting to happen
by CHARLES KRAUSE/REPORTING LLC

Neither The Washington Post nor The New York Times has been willing to
suggest the President of the United States is suffering from a degenerative
mental illness called malignant Narcissistic Personality Disorder.
Their failure to do so does a grave disservice to the Nation.

The 25th Amendment to the Constitution, which provides a remedy
for a situation like this, will not even be considered unless
there is sufficient public pressure to do so.
The alternative may well be catastrophe. 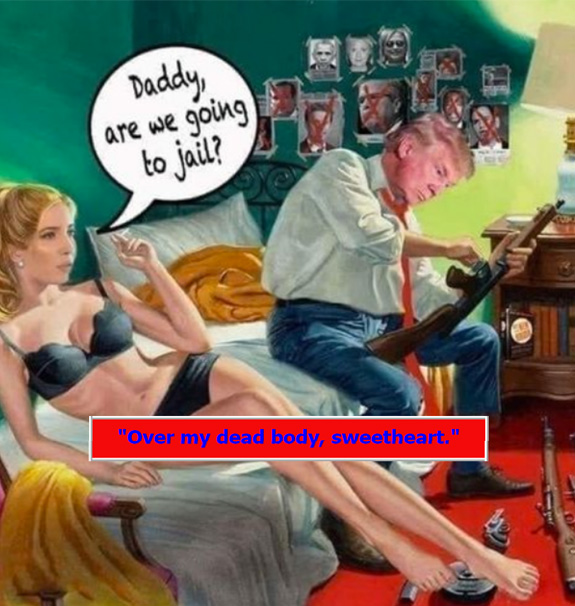 Malignant Narcissism:
Does the President Have It?
An Update

People are trying to understand the
president’s behavior during this crisis.

This article, by Bill Eddy, published in the May 22, 2020 edition of Psychology Today, examines Trump’s response to the coronavirus pandemic. The author concludes by saying the President’s behavior during the crisis should be

“A CAUSE FOR GRAVE CONCERN”

Narcissistic personality disorder has a theme of superiority. It is listed in the Diagnostic and Statistical Manual for mental health professionals, known as the DSM-5, and includes such possible traits as a “grandiose sense of self-importance,” “fantasies of unlimited power,” demands for “excessive admiration,” and “lacks empathy.” (2)

Several times throughout 2019, President Trump tweeted about himself: “What you have now, so great looking and smart, a true Stable Genius.” And, “There are those that think I’m a very stable genius, okay? I watch my words very, very closely.” (3)

In January 2020, a YouTube video was compiled of his claims that “nobody knows more than me” about taxes, income, construction, campaign finance, consultants, drones, technology, infrastructure, ISIS, the press, the environment, nuclear weapons, health care, and several other topics. In some cases, he added “in the world,” “than any human being on earth,” and “in history.” See link in footnotes. (4) Such statements could not be humanly true, so this raises the question of whether he truly believes them himself (a narcissistic trait) or knows he is making false statements (an antisocial trait).

When the coronavirus caught the United States unprepared in early 2020, and unable to test widely for the disease, Trump was asked about the shortage of testing in March and said: “I don’t take responsibility at all.” He further said he was not personally responsible for dissolving the pandemic planning Directorate for Global Health Security and Biodefense that his administration ended in 2018, which may have saved thousands of lives. (5)

In April, he was asked at a COVID-19 press conference what metrics he would consider when the country should open up and people go back to work. “The metrics right here,” the president said, pointing at his head. (6)

By May, he still refused to follow his own administration’s guidelines about wearing a face mask. However, after staffers tested positive for COVID-19 in the White House, he announced that he was taking hydroxychloroquine as a preventive measure. This is a medication that was not approved as a treatment for COVID-19 and that had serious potential side effects in studies, including death.

In response, even Fox News host Neil Cavuto told viewers: “I cannot stress enough: This will kill you. This is a leap that should not be taken casually by those watching at home.” In response, Trump angrily tweeted that Fox News is “no longer the same,” adding: “You have more anti-Trump people, by far, than ever before. Looking for a new outlet!” (7)

In the past year, he has become more and more aggressive in dismissing government employees who he considers disloyal to himself—from cabinet heads to career diplomats to the inspector generals of several federal departments. Some would say that these are reasonable responses to the Mueller investigation and efforts to impeach him. Others would say that these actions show an increased pattern of aggressiveness, recklessness, vengefulness, and an effort to surround himself with compliant officials he can dominate—characteristics of antisocial personalities.

In April 2020, at a press conference, he was asked what authority he had to re-open the country: “I have the ultimate authority. When somebody is the President of the United States, the authority is total and that’s the way it’s got to be … It’s total. The governors know that.” (8) It had to be pointed out to him that the constitution’s separation of powers leaves all decisions like that up to the states.

Soon thereafter, he tweeted that citizens should oppose their governors’ shutdown orders, even though they were following federal coronavirus guidelines: “LIBERATE MINNESOTA! LIBERATE MICHIGAN! LIBERATE VIRGINIA!” This raised questions and concerns that such statements were dangerous, irresponsible and possibly criminal, as possibly inviting an insurrection by armed groups who were protesting at the statehouse. (9)

Later in April, he suggested that the government should study taking disinfectants as a way to kill the virus. “I see disinfectant, where it knocks it out in a minute, one minute, and is there a way we can do something like that by injection inside, or almost a cleaning. Because you see it gets in the lungs and it does a tremendous number on the lungs, so it’d be interesting to check that….” (10) While he later said he was just being sarcastic, concerned companies and government offices issued stern warnings to the public not to ingest any disinfectant.

Recently, he has spoken increasingly of a conspiracy against him within the federal government, at times referring to a “deep state” out to reverse his election three years before. Since February 2020, he has proceeded to remove many career diplomats and others from their positions, even though many were Republicans or appointed by Republican presidents, in some cases himself.

In May 2020, he said former President Obama and Vice President Biden should be investigated for what he called “Obamagate,” a criminal conspiracy he claimed was hatched in 2016 to undermine his election and presidency. In response to a reporter’s inquiry, he said: “Obamagate. It’s been going on for a long time. It’s been going on from before I even got elected. And it’s a disgrace that it happened.” He also tweeted: “The biggest political crime in American history, by far!” (11)

He even requested that his attorney general, William Barr, investigate Obama and Biden. But Barr indicated that he would not, stating: “As long as I’m attorney general, the criminal justice system will not be used for partisan political ends.” (12)

In a book published in 2020, the authors give several examples of Trump’s public humiliation of his appointees. In one incident with “his” generals, he yelled at them in front of many others: “You’re a bunch of dopes and babies.” Apparently, officers and staff were shocked and tried to look away. At another time, he berated his Attorney General, Jeff Sessions, who had been the first major politician to support his candidacy. “’It’s your f—ing fault,’ he said. “You’re weak. This is all your fault … You should f—ing resign.’ Sessions’ eyes well up. He was holding back tears with everything he had. By this point, McGahn, Pence, and Hunt were watching the president break the attorney general in front of their eyes.” The others in the room asked to be excused. (13)

On May 18, 2020, as the United States passed 90,000 deaths from COVID-19, the president diverted attention by threatening to permanently cease U.S. funding for the World Health Organization. He delivered a tweet “letter” in the middle of the 73rd World Health Assembly with hundreds of countries engaged in trying to deal with the coronavirus crisis. This harsh action apparently diverted the attention of the Assembly and world news. (14)

Overall, the president’s overconfidence, self-absorption, and disrespect for science and scientists appear to have rendered him unprepared and ineffective, as well as dangerous. He appears to have become more aggressive, more reckless, more fearful, more stressed, and more isolated. These recent patterns of behavior appear to be increasing over the past year.

Some people will say that his words and deeds simply demonstrate harmless hyperbole. Others will focus on the events of the day, viewing each event in isolation as a political issue to argue about, perhaps with name-calling and extreme emotions. But those who recognize personality patterns and use personality awareness to predict future behavior may see this update as a cause for grave concern, whether or not this meets the criteria of a mental disorder.

8. Meagan Flynn and Allyson Chiu, “Trump says his ‘authority is total.’ Constitutional experts have ‘no idea’ where he got that,” The Washington Post, April 14, 2020.

10. Deb Riechmann, Kevin Freking and Aamer Madhani, “Trump suggested studying injections of disinfectant to treat coronavirus, then said he was being sarcastic. Here’s video and a transcript.” Chicago Tribune, April 24, 2020. 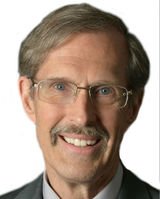 Bill Eddy, LCSW, JD, is a lawyer, therapist, mediator, Training Director of the High Conflict Institute in San Diego, and the author of several books including 5 Types of People Who Can Ruin Your Life (2018).

Previous Article
What Is There to Fear Now That Reason Has Prevailed?
Next Article
Stacey Abrams, Firecracker