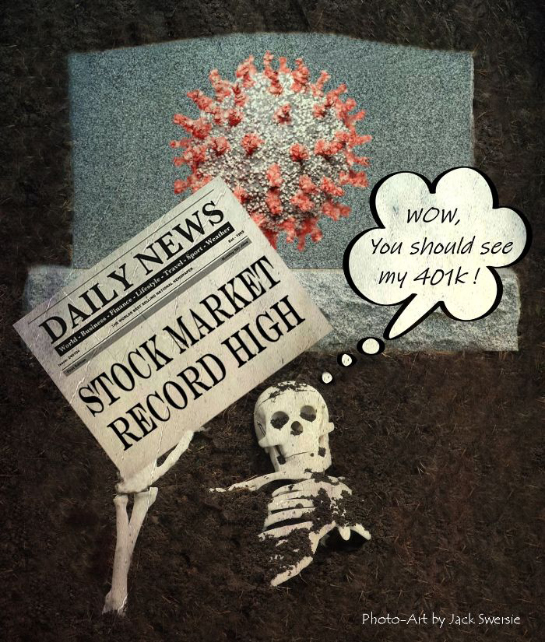 “If it suits his purpose, he’ll take
the country down with him.”

EDITOR’S NOTE: Henceforth, Our Leader (a.k.a. Donald Trump)
will be referred to in these pages as Our Loser

EMAILS TO THE EDITOR 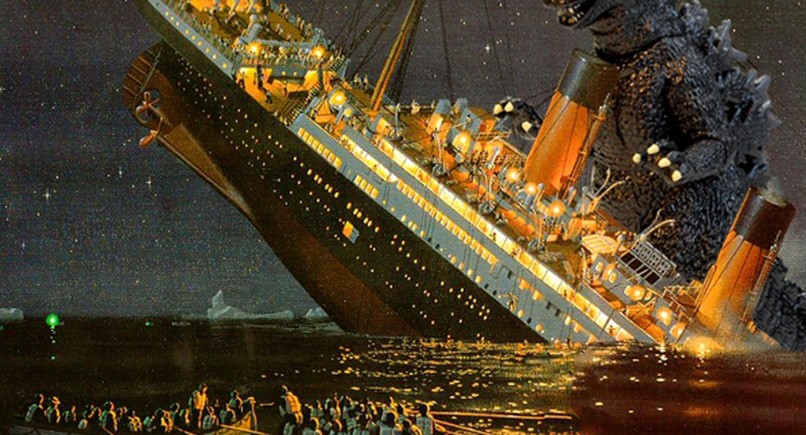 Will someone please invoke
the 25th Amendment
before it’s too late?

WASHINGTON—Readers of The Swamp Report will know that Donald Trump is now entering the last phase of Malignant Narcissism. We should expect he will lash out violently at those he blames for a defeat he can no longer deny and try to destroy as much as he can of what he’s about to lose.

That means us. We will suffer because we refused to re-elect him.

A deranged president is exactly the kind of situation the 25th Amendment was meant to remedy. But, like so much else that’s happened during the Trump presidency, its efficacy depends on norms, not laws.

Trump has torn both to shreds while others here, for the most part, still observe them.

What that means is Washington watches, paralyzed, as Trump rubs the norms in our face and gets away with everything from blackmail to bloody murder.

What should be clear to everyone by now is that Our Loser has become more and more irrational and destructive, doubling down on his claims of fraud each time a court, a member of his own party or Cabinet tells him there was no fraud.

But they’re afraid to tell him that means he lost. And he’s not quite ready yet to call Rudy off. Not as long as he’s  desperate for a pardon and works for free.

Gary Maynard is the University of Santa Clara sociologist whose interest in Malignant Narcissistic Personality Disorder (NPD) led him to conclude that Jim Jones was suffering from Malignant Narcissism when he ordered the mass suicide murder that destroyed Jonestown 42 years ago.

We interviewed Maynard on November 5th. The election had not yet been called but Biden was ahead and it looked like he would win. Maynard told us the President’s behavior was already showing signs that, like Jones, Trump  was entering the last, violent stage of malignant NPD.

“The lawsuits he filed, and him retreating, is worrisome. With vain malignant narcissism – if they brood and burn up in quiet desperation as their power slips away. That’s when they decide to say ‘fuck it – let’s go out and take out those who harmed and sabotaged and betrayed me.'”

“I could see him blaming AG Barr and Senator Graham and Pelosi, etc. And, if that happens, then it will indicate to me that he is planning and plotting,” Maynard continued.

“And, if his narcissistic enablers, like his family and so-called friends, do not pull him out of it by putting it into context – saying things like – ‘you had a good run and they are just jealous and you are better than them, you can get them back later’ then he will light his own fuse.”

We asked what might happen then: “his lack of empathy while being threatened with his first major, public, political and personal defeat, might activate a sense of the need for the use of violence, violent protests by his supporters or outright sabotage of the nation by locking down the economy or some other major act to damage the nation before he is forced to leave office, if he loses.”

The signs that Trump has begun to sabotage the economy and the federal government itself are already apparent. But The Times and The Post are reporting each skirmish one by one, as if they’re happening in a vacuum. Or around the edges, without explaining the war Trump is waging or what he hopes to achieve.

One example is his attack on the federal bureaucracy, which went little-noticed until last week. That was when a memo leaked indicating the Office of Management and Budget was removing civil service protection from 88 percent of its employees, meaning they can be fired overnight with little recourse.

There’s speculation that Trump plans to get rid of thousands of policymakers throughout the federal government, leaving the new administration with lots of plans but no one to implement them. Trump is also known to have fast-tracked whole sections of his famous Wall along the border with Mexico and the executions of at least nine prisoners, the first time in 100 years that federal executions have been carried out during a transition. 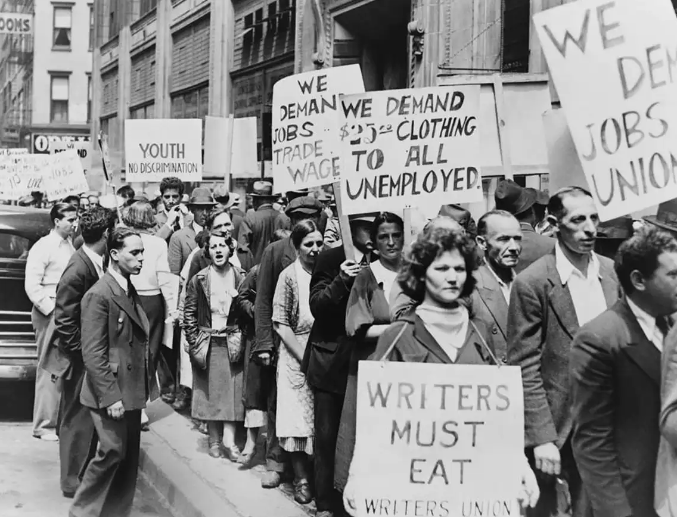 Grim as firing squads may be, it’s the economy and the fight against COVID-19 where Trump’s revenge is likely to be most widely felt, and deadly. The Treasury has already notified the Federal Reserve that the funds it uses to ensure liquidity in the bond and credit markets will no longer be available beginning January 1st, which could lead to conditions similar to those that caused the Great Recession in 2008.

And neither the White House nor Moscow Mitch, the Senate Majority Leader, seems to be in any rush to approve a new stimulus package, which will not only leave millions of unemployed Americans and their families hungry and possibly homeless this winter. It may also mean thousands of health care workers will be laid off as the pandemic continues to ravage the country.

There’s also a possibility the government itself will shut down beginning December 11th if the White House, Republican-controlled Senate and Democrats in the House can’t reach an agreement on an increase in the government debt ceiling or how much the U.S. government is allowed to borrow.

Everything with Trump is transactional. Why should he care about us? We didn’t re-elect him.

All of which could result in the stock market crash Trump promised if Biden was elected. Don’t sell him short. Or maybe you should.

More maddening still, neither the mainstream media nor our political class, and that includes Democrats as well as Republicans, is willing to say we have a mentally ill president who needs to be removed from office for his own safety and sake, as well as ours.

We don’t know exactly what Trump will do. But we do know he still has enormous power and Gary Maynard has warned us what’s likely to happen when someone suffering from Malignant Narcissism begins to sense their power is slipping away.

“That’s when they decide to say “’fuck it – let’s go out and take out those who harmed and sabotaged and betrayed me.'”

I would like to believe that, in the end, everything will be OK.

But honestly, if something isn’t done soon, I’m really afraid that it won’t be.