Venice of the North 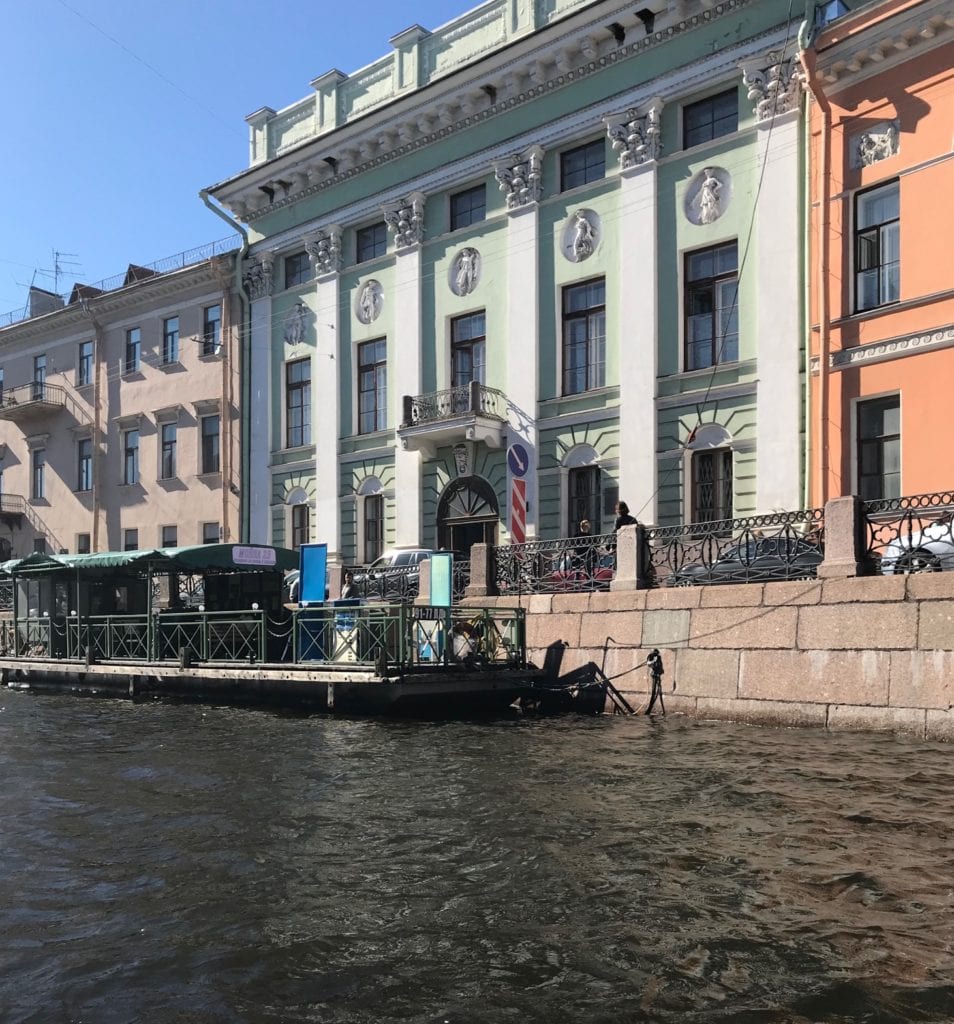 As I mentioned in a previous entry, St. Petersburg, founded by Peter the Great in 1703, is built on water, with a system of rivers and canals highly reminiscent of Venice or Amsterdam — indeed it was dubbed the ‘Venice of the North’ by Goethe. 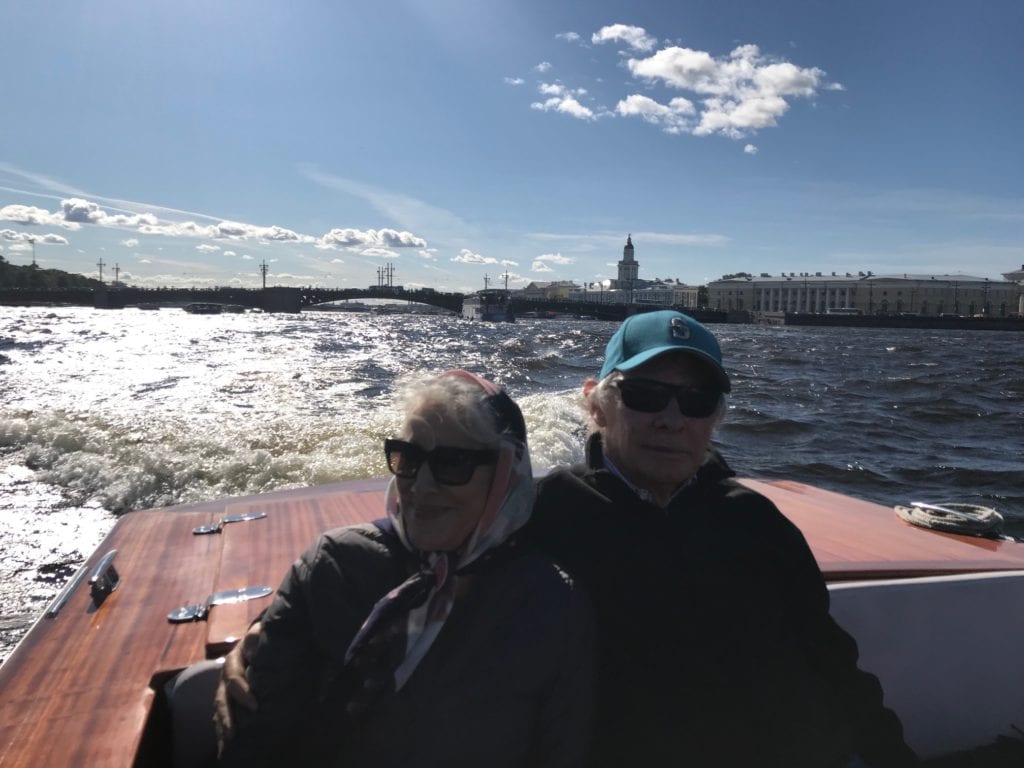 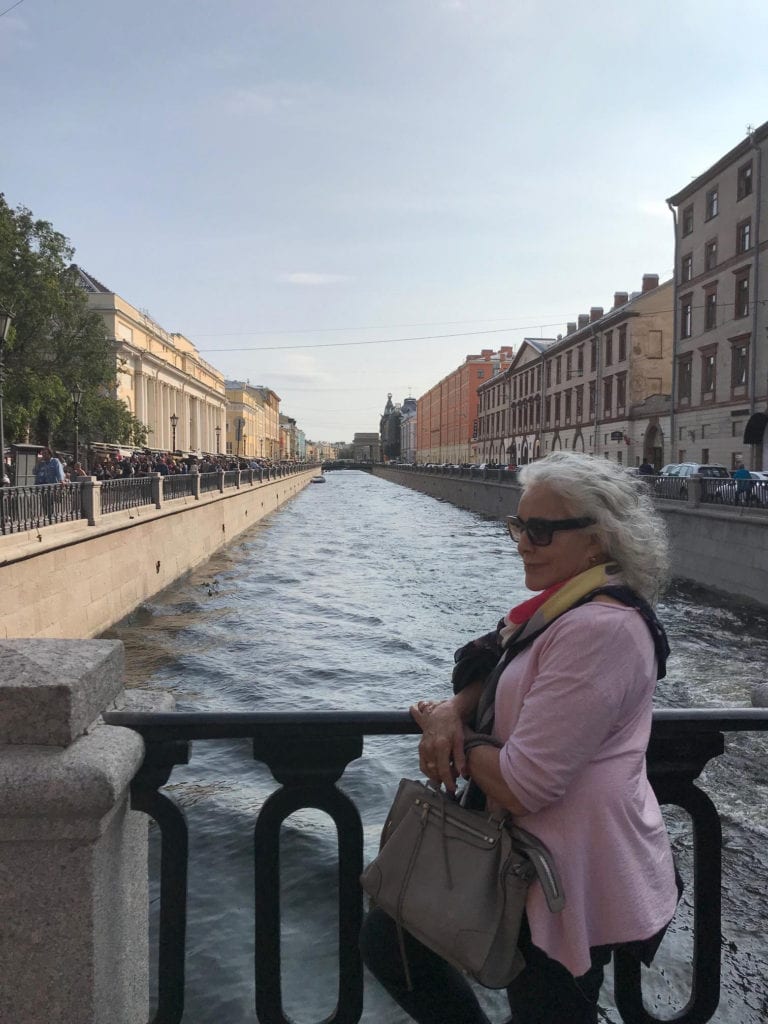 Nicole at a canal 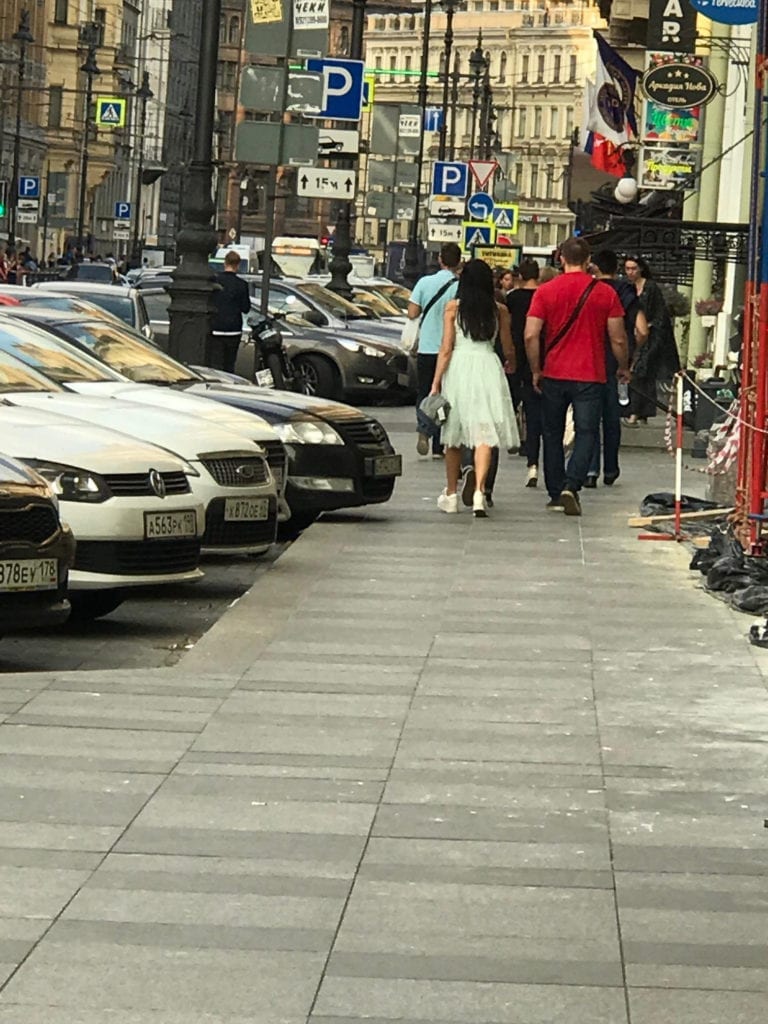 Could be any modern city, right? 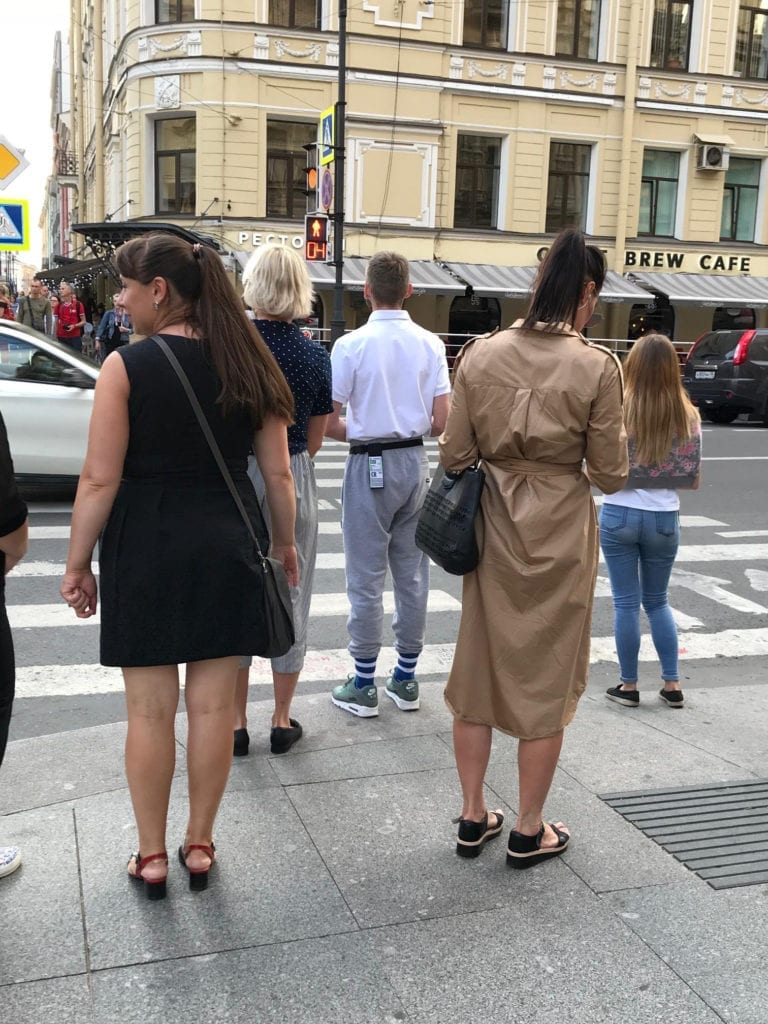 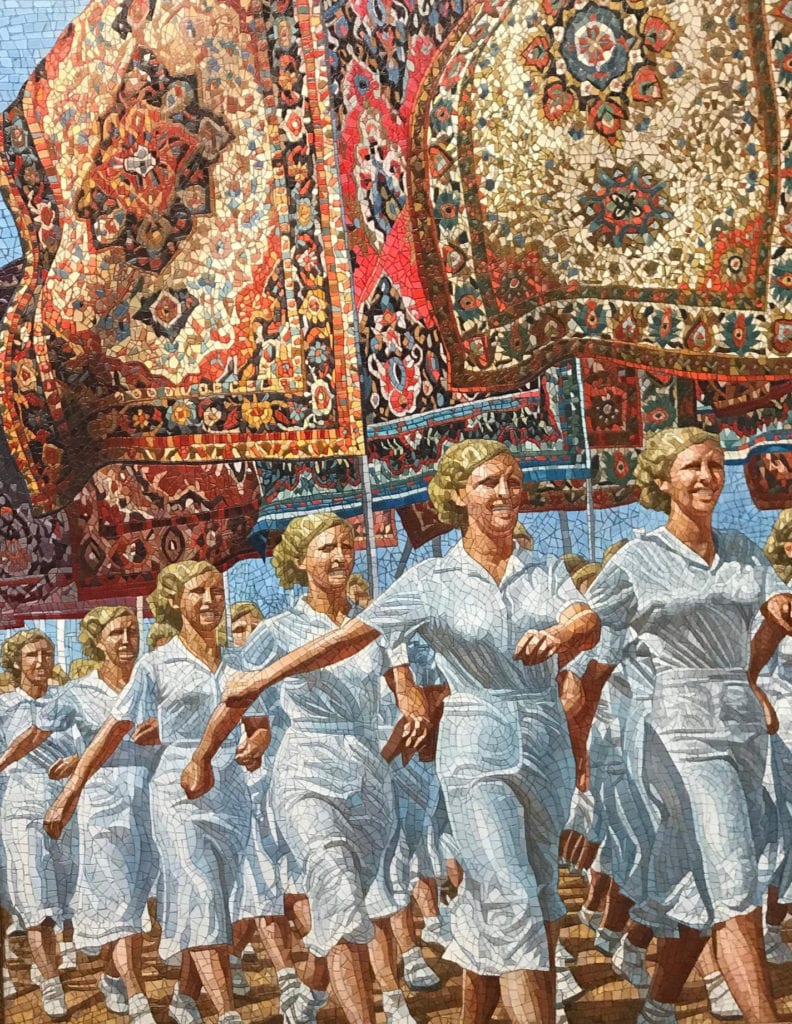 We went to the Erarta Museum of Contemporary Art in St. Petersburg, a vast private museum with over 2,000 pieces in its collection that opened in 2010. The above painting pulled me in because of its imitation of mosaic, a technique I’d never seen before, and because of Alan Arkin’s 1966 hilarious movie, The Russians are Coming, about a submarine that goes aground off the New England Coast. 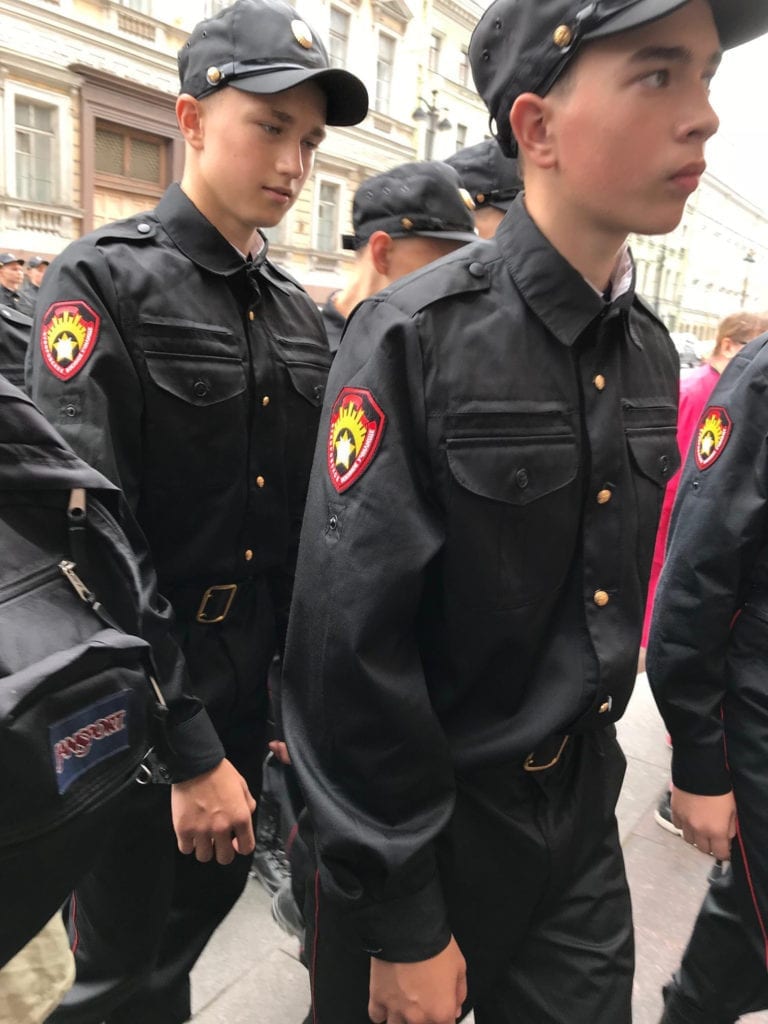 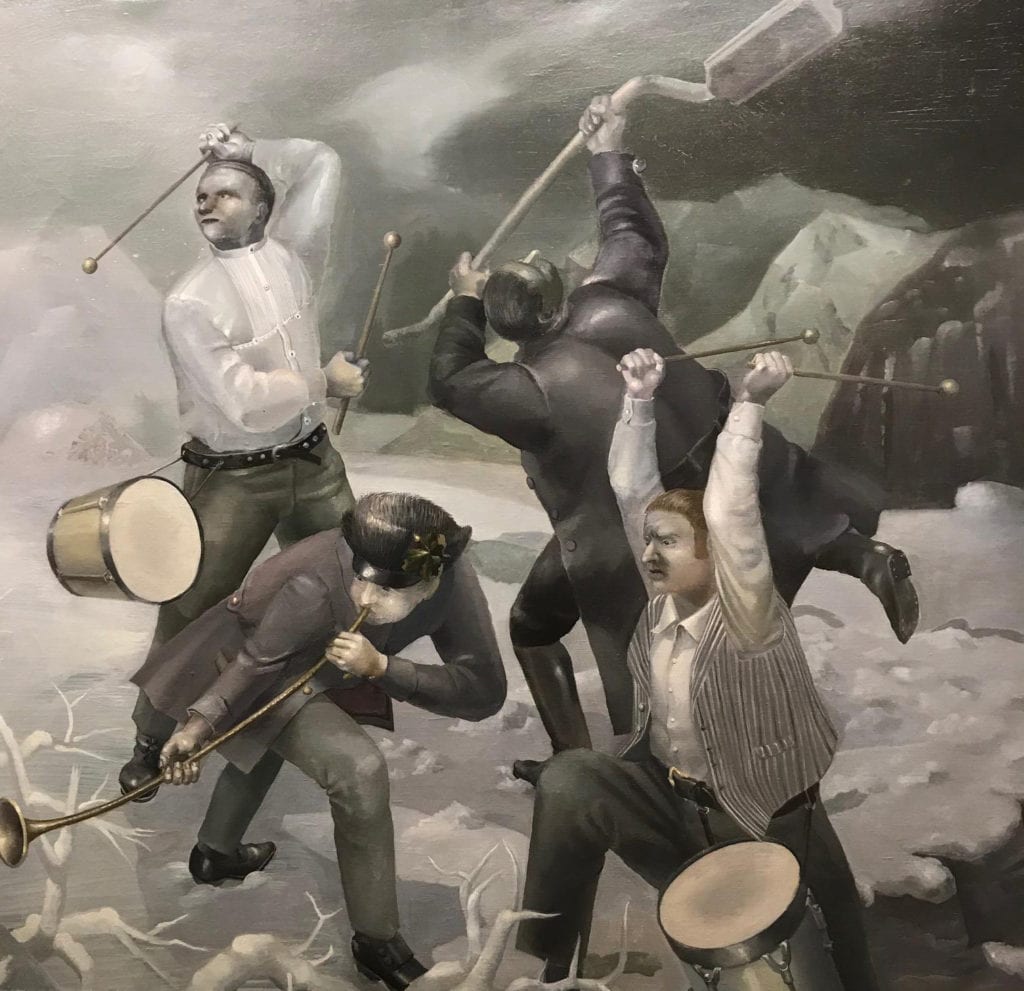 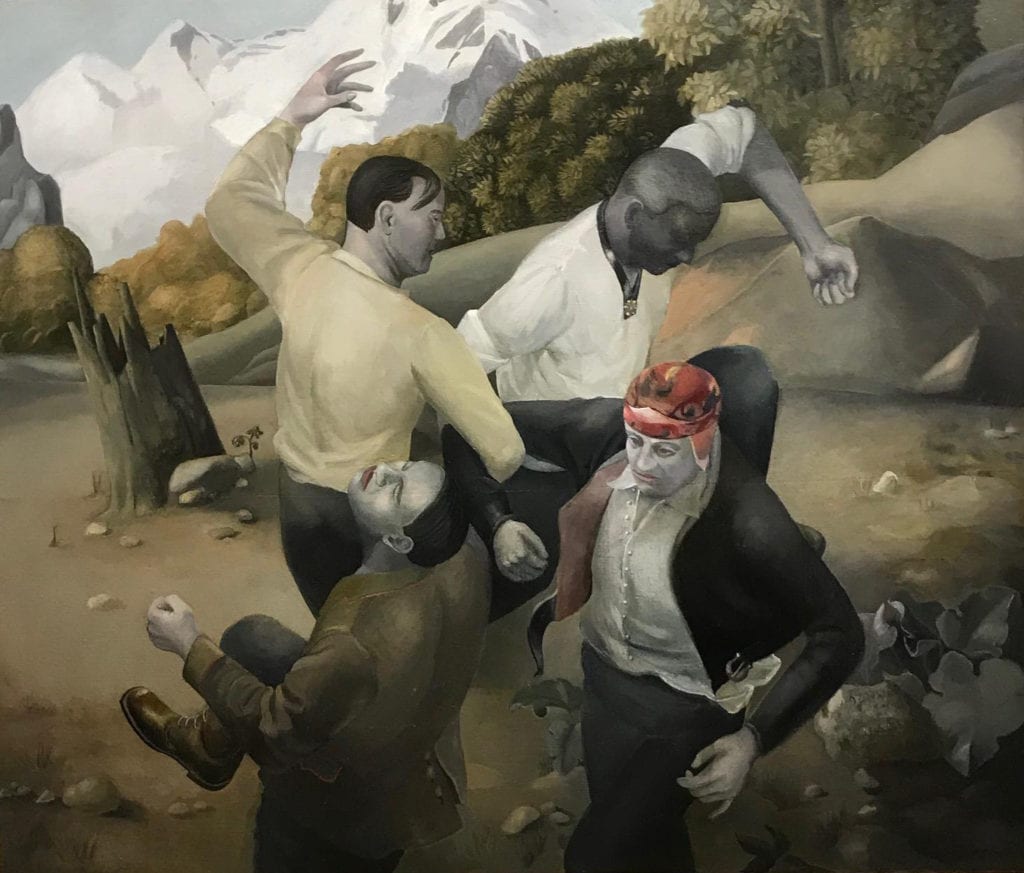 The two paintings above, created by an artist duo, is clearly a comment on Matisse’s 1910 painting, also entitled Dance, which can be found in the Hermitage. 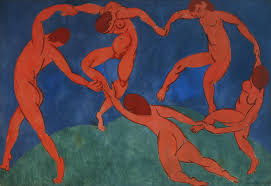 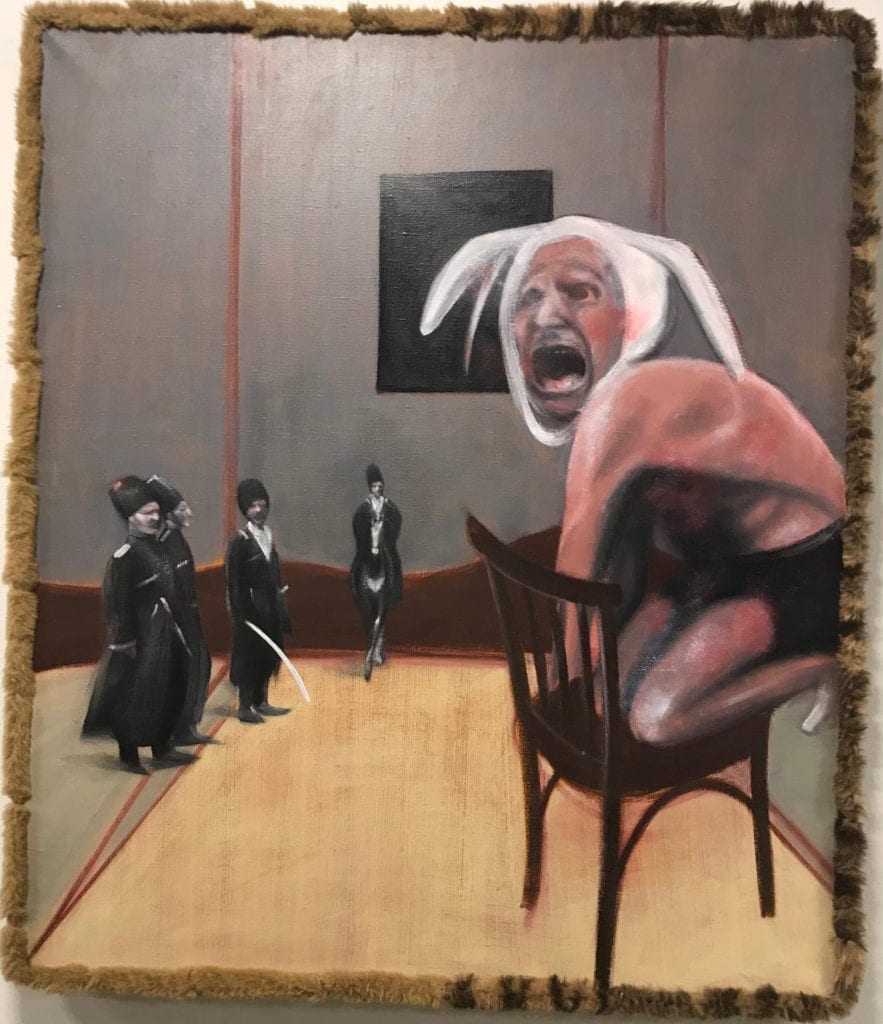 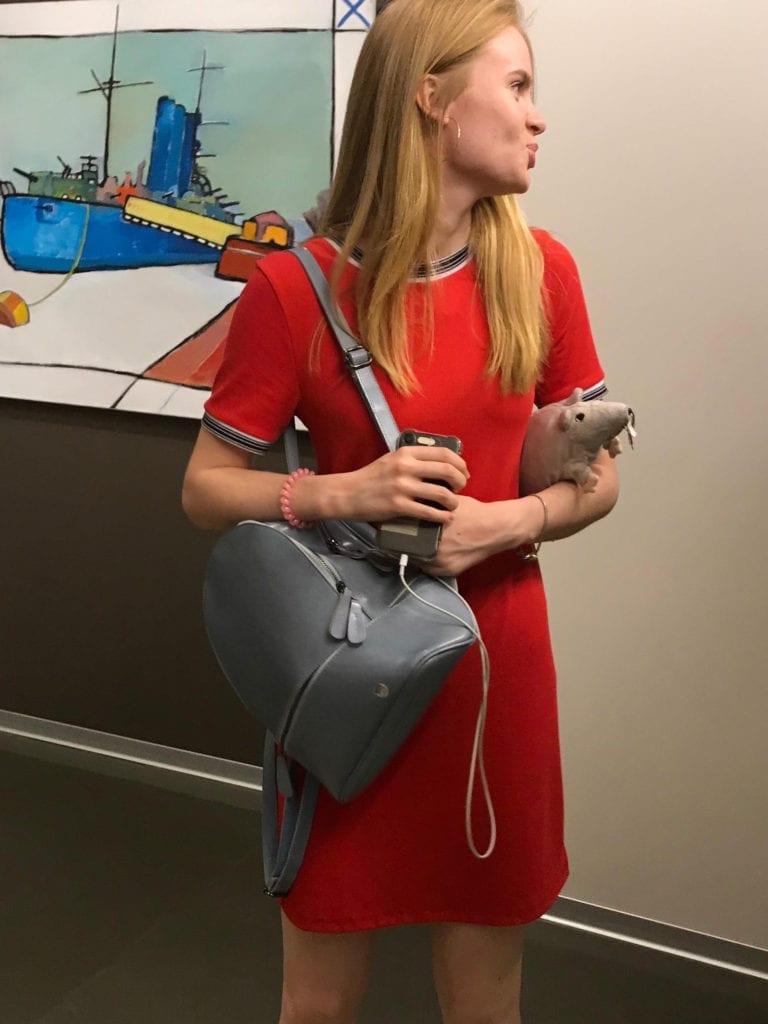 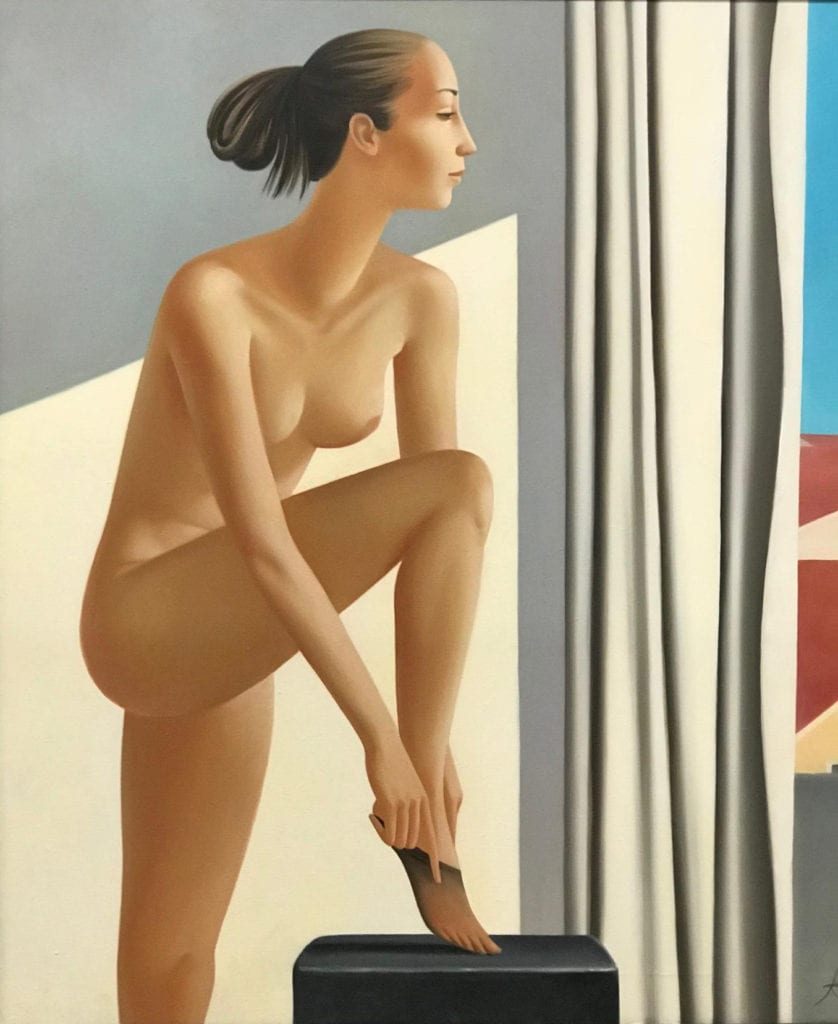 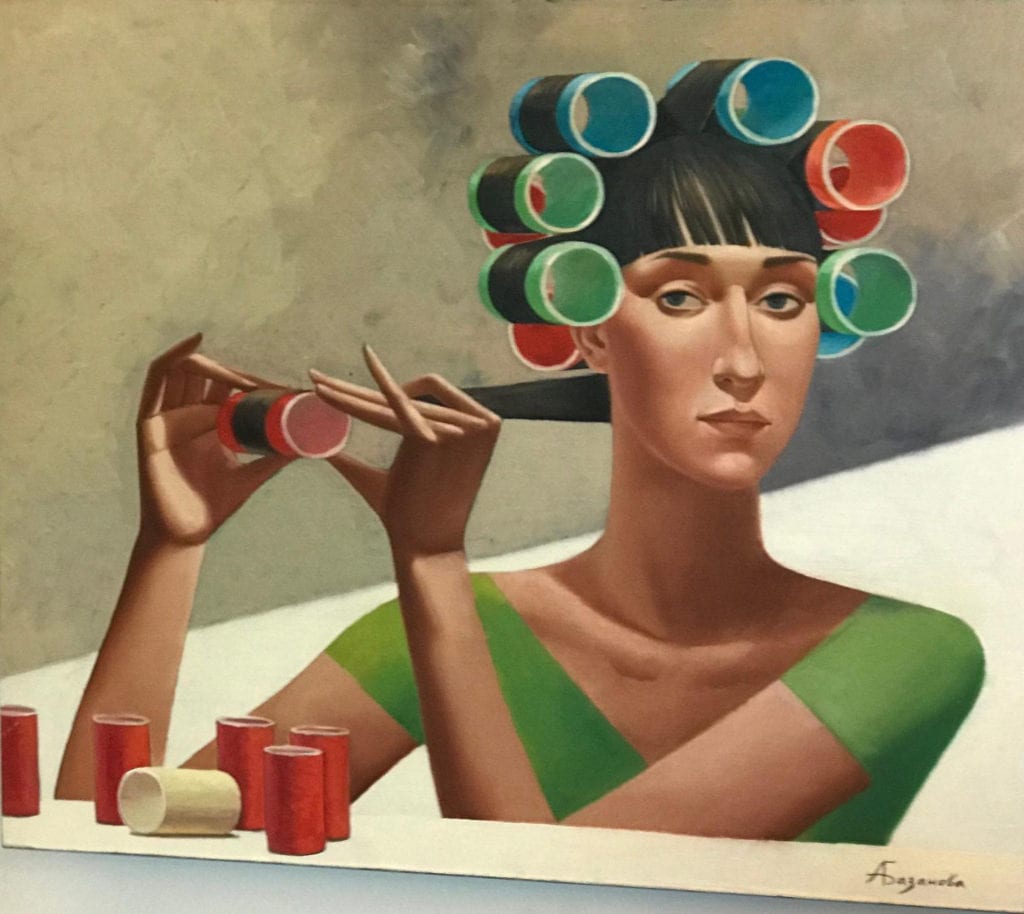 I know, I know: a lot of paintings, but what better way to witness another culture, especially if you’re an artist visiting St. Petersburg?