My husband and I recently decided to travel to Russia. People kept asking us why we were going there. I guess that’s a logical question given our history with the former Soviet Union and negative connotations, but to us it seemed a perfectly natural place to visit. Very simply, we wanted to learn about the art and culture, what people’s lives are like now thirty odd years after perestroika. I’m not going to elaborate on the gorgeous palaces or cathedrals (of which there are many) — 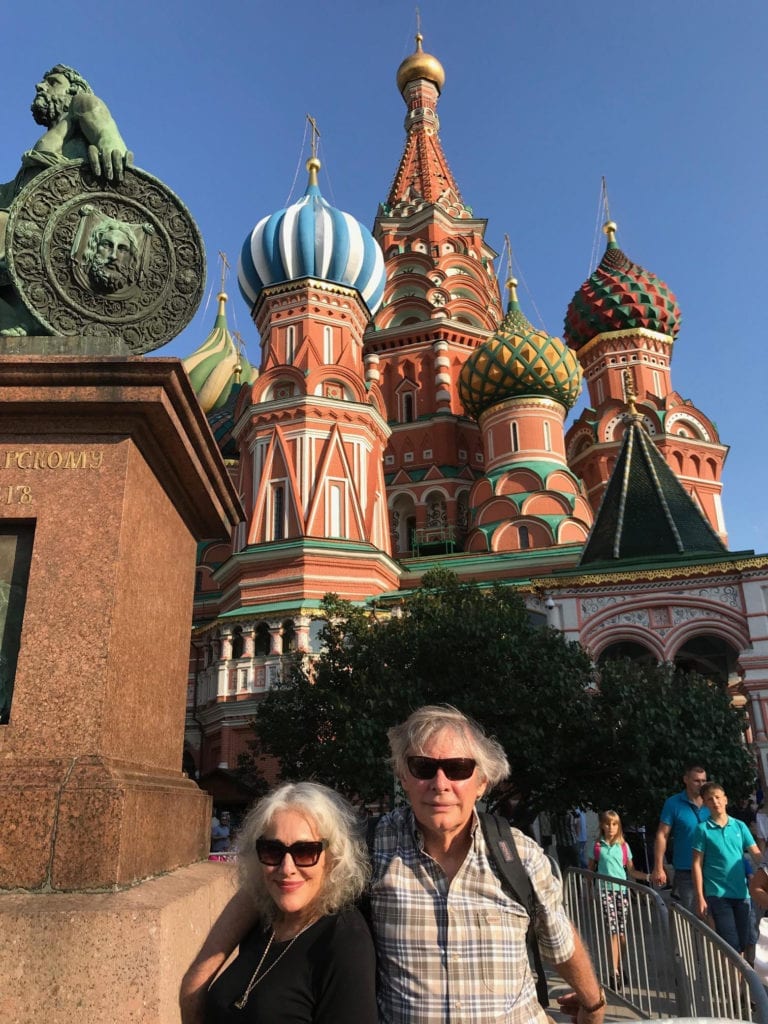 — but rather on some of the paintings we saw in the contemporary museums of art in Moscow and St. Petersburg. As a painter, that was my chief interest: to see the work of painters I’d never seen or heard of before. Our first stop was Moscow, a well laid out and energetic city of about seventeen million people. 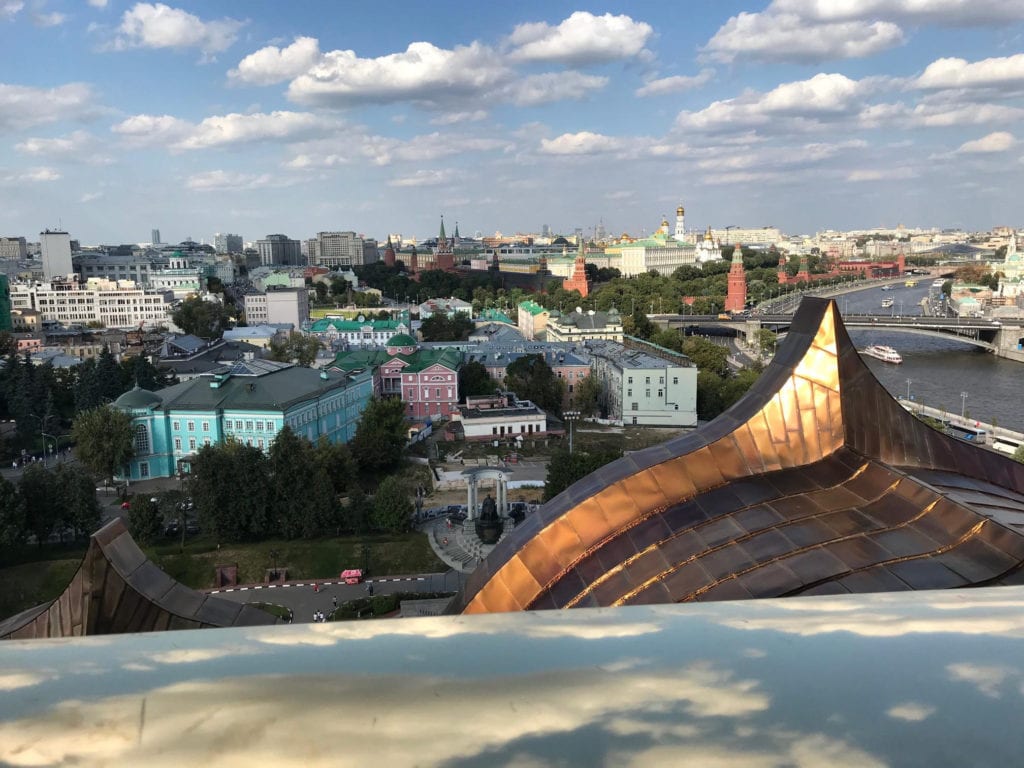 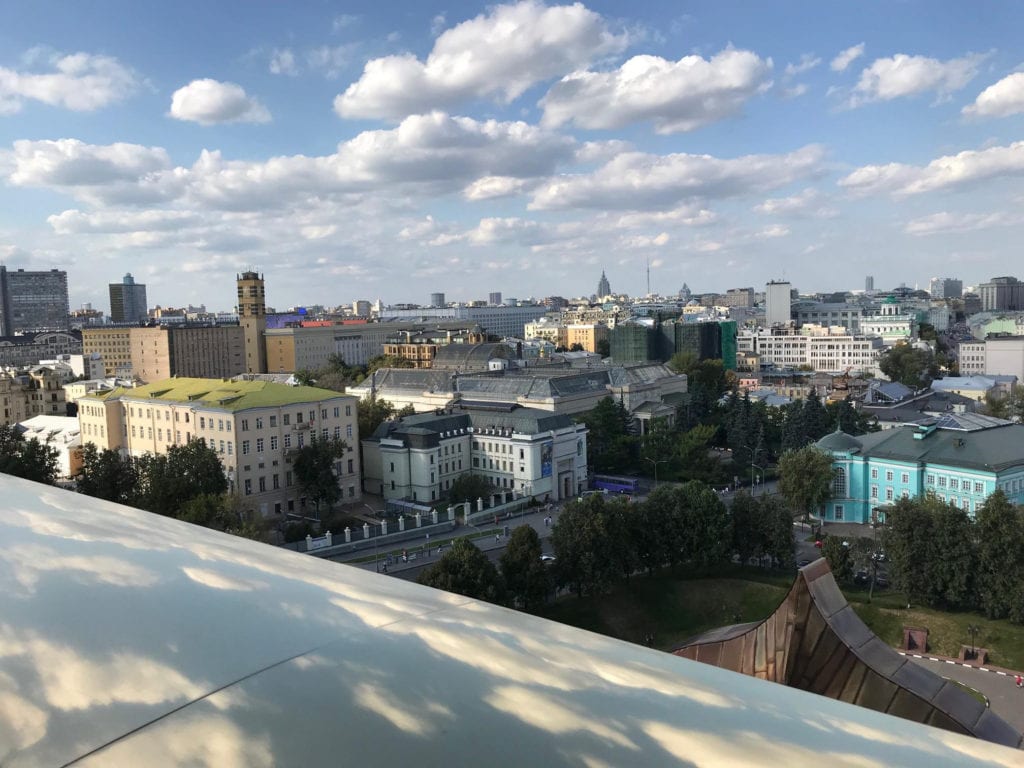 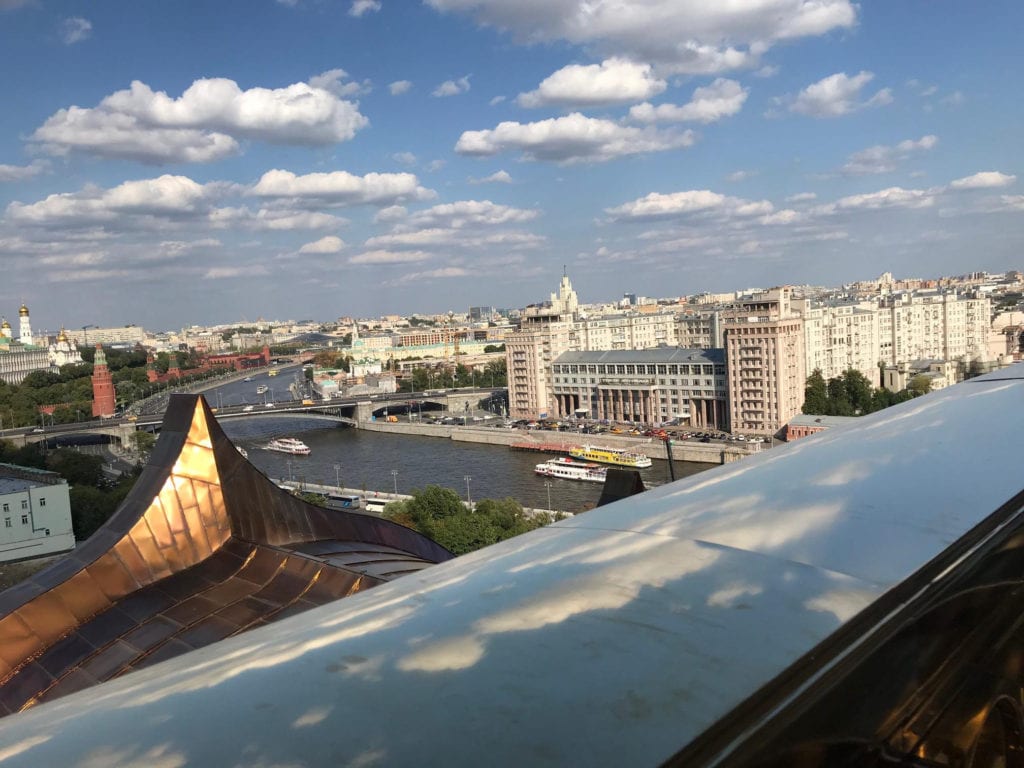 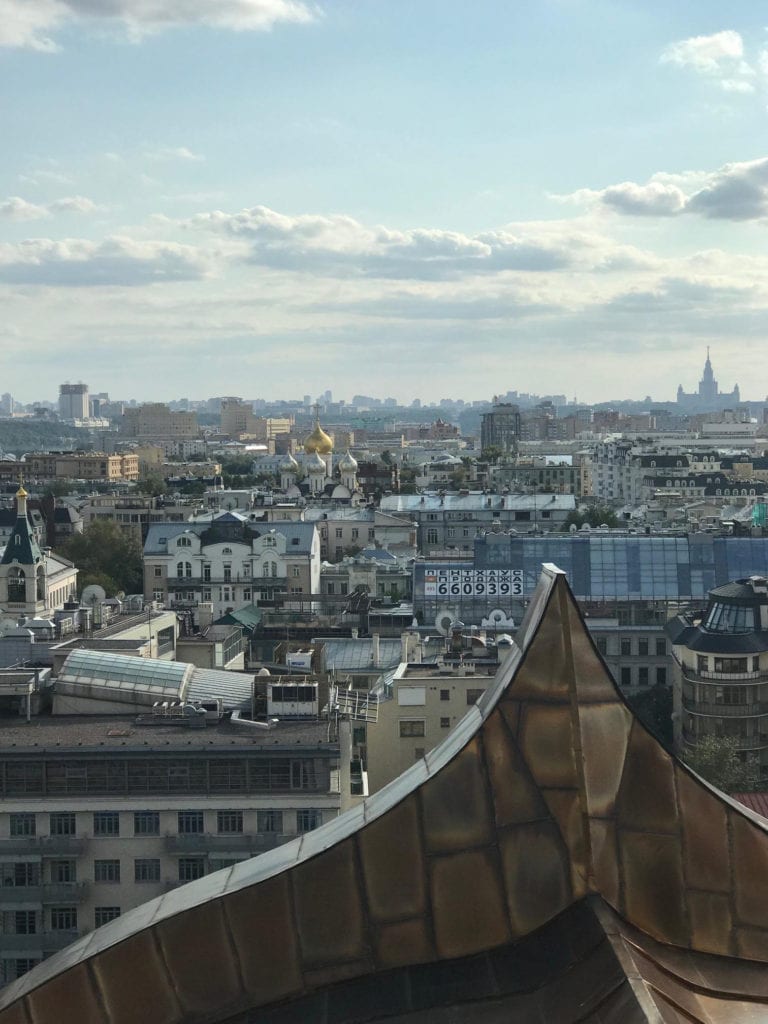 You may have heard that the Moscow metro is beautiful, and that’s the truth: one sees mosaics, chandeliers, sculptures at every turn, plus the stops are announced in English as well as Russian, so it’s not too hard to get around. Here are four views. You will notice in the photo of George, the metal on the dog’s snout in the sculpture of the soldier beside him is totally worn off because passengers and visitors to the subway are constantly rubbing it for good luck. 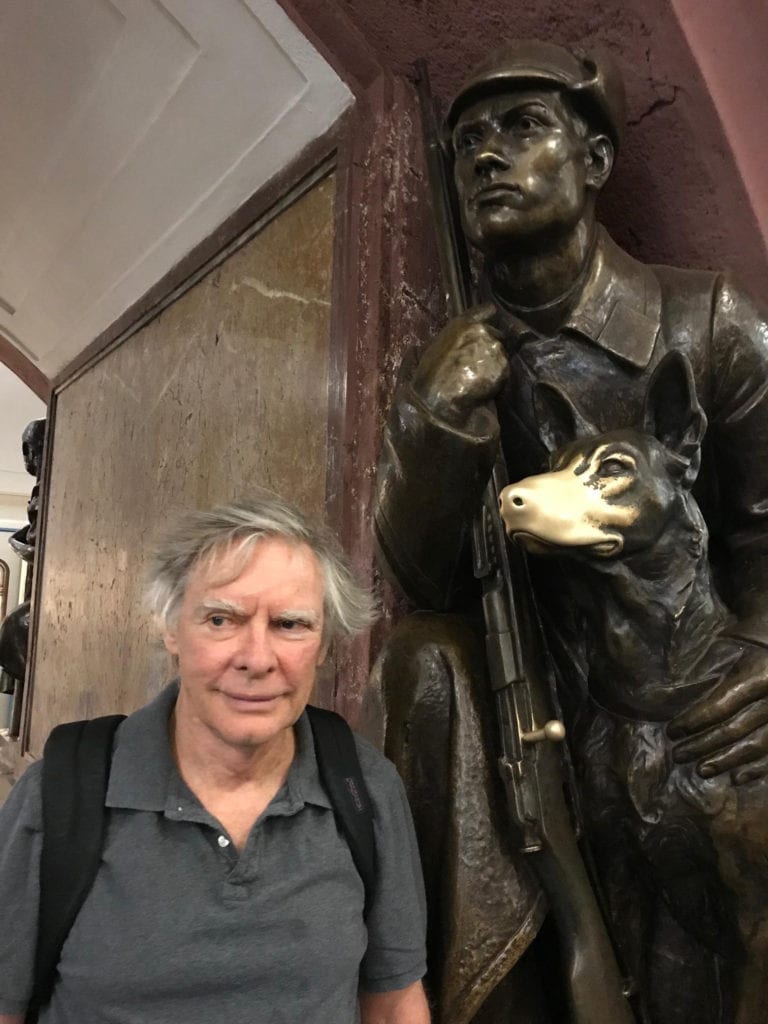 George standing beside the sculpture of a soldier and his dog 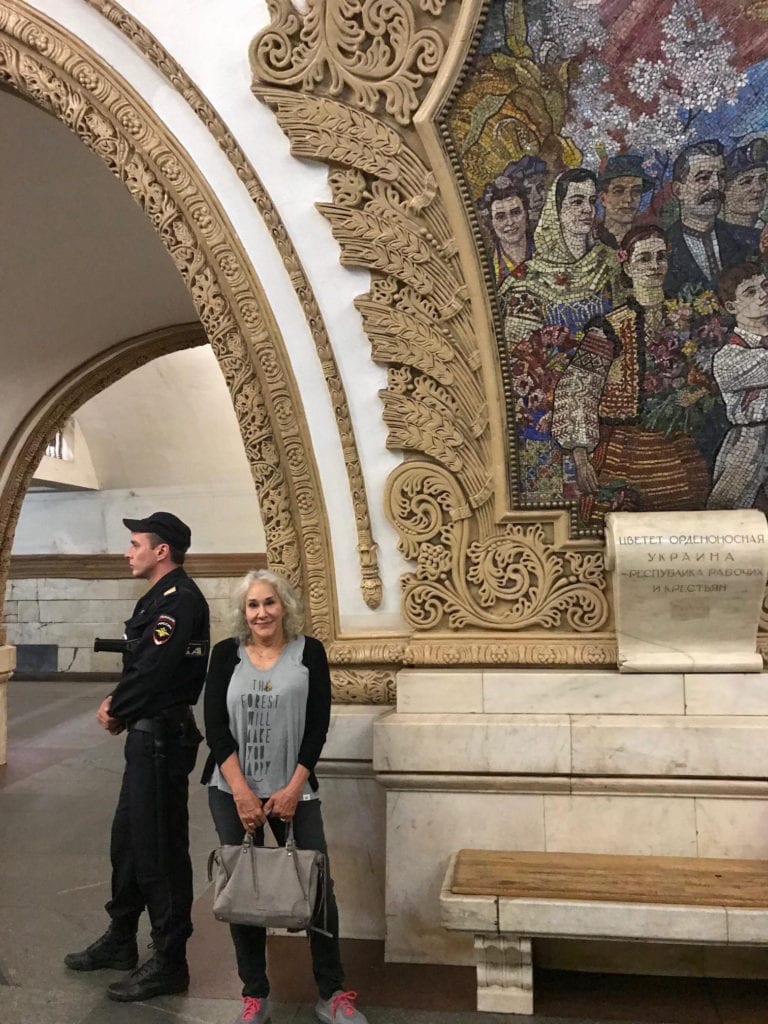 Nicole standing beside a real soldier — well, no actually a policeman — in the Moscow metro 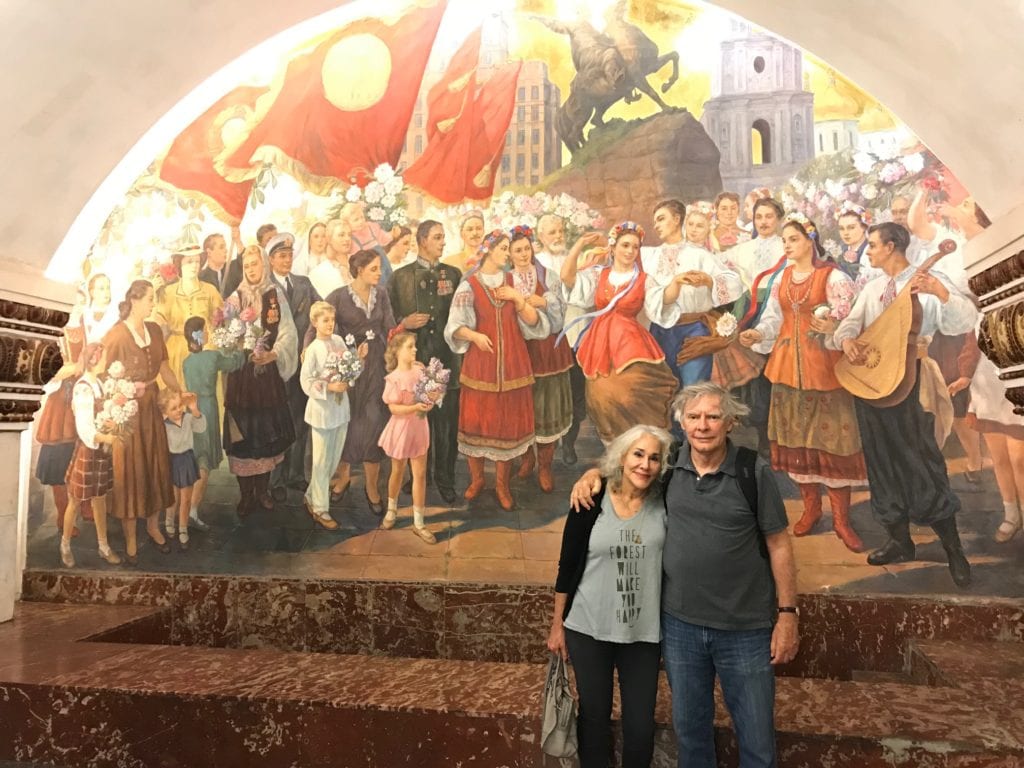 George and Nicole in front of a beautiful mosaic 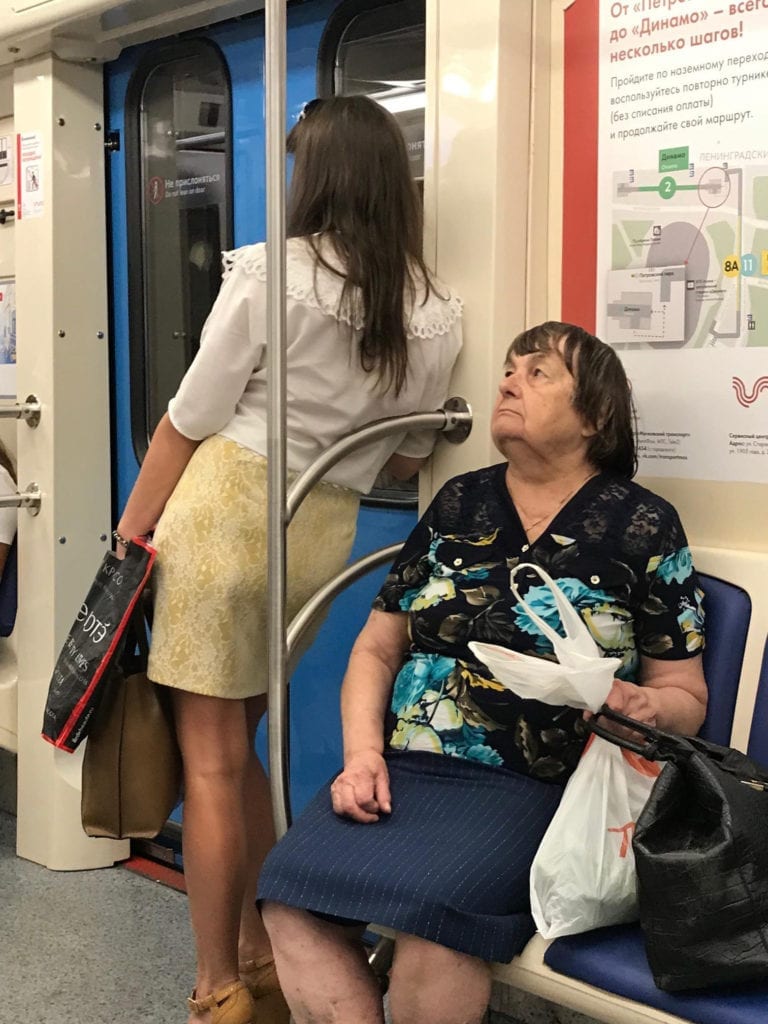 Some passengers on the Moscow metro

I will conclude this entry with a photo of an oil painting in the Moscow Museum of Modern Art called, “Crying Out Loud,” painted in 1991 by Natalia Nesterova (b. 1944). Somehow it seemed fitting. 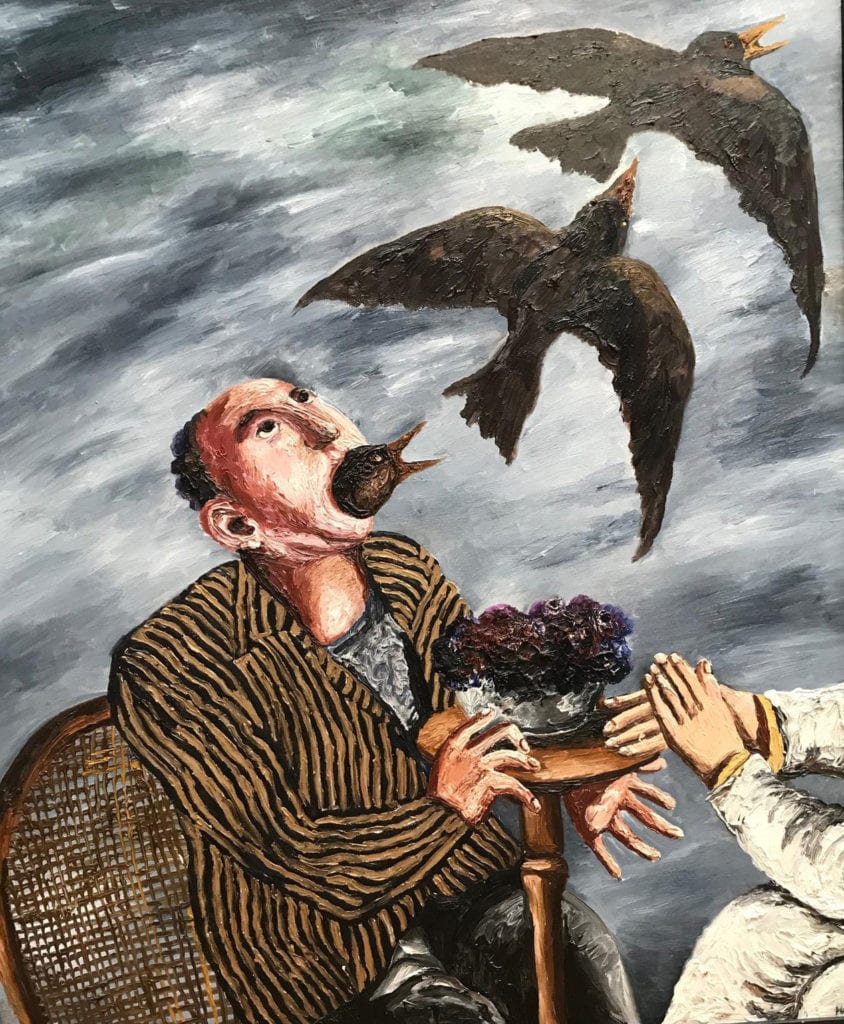