This is about my wife. Just so you know, we’ve been married six years and have an extremely good relationship. Except for one thing. My wife cannot stand certain noises. The sound of me chewing for instance, even if I make it as soft as I can, drives her so crazy that sometimes we have to eat in separate rooms. She can’t go to the movies because of people munching popcorn and slurping Cokes. And if someone clears their throat — oh my god, it’s as if a bomb dropped. She simply can’t tolerate it. Oddly, noises that would bother other people don’t bother her at all. She doesn’t mind ambulance sirens, leaf blowers or chain saws. Those are just regular noise to her. Can you give me advice on this? Sometimes I can’t help but take her irritation with my chewing or clicking my nails on a table personally.

Thank you very much, 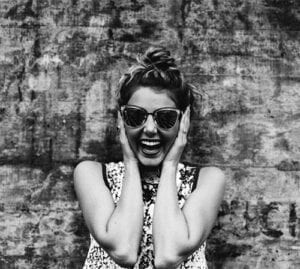 Don’t take your wife’s anger or aversion to certain sounds personally. I can tell you from having done a little research she has no control over her reactions to these sounds, and that she probably suffers far more than you do. There are several conditions that could cause your wife’s problem: Hyperacusis, which is a hearing disorder; Phonophobia, which is a fear of loud sounds and classified as an anxiety disorder; and Misophonia, literally a hatred of certain sounds, a condition that has an emotional component such as anger, irritability, distress. From what you describe your wife probably has Misophonia, especially as she displays avoidant behavior (not going to the movies). People with this disorder may also suffer from OCD, anxiety issues, and/or Tourettes. They typically can’t deal with the sound of other people’s chewing, breathing, slurping, throat clearing, snorting, etc. and may react with anger and disgust. It is a complicated condition and I suggest you do some research and consult with professionals specializing in anxiety disorders. There may be therapies that help, such as cognitive behavioral therapy.

I wish you the best of luck,

REACTIONS TO DIVDED BY DOGS 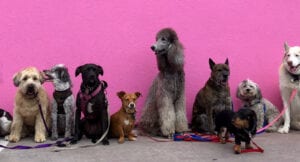 Excuse me for saying this, but your husband sounds like an asshole for keeping a one-man dog in a marriage. That never works, believe me. You two should have figured all this out before you moved in.

I feel so sorry for you! Giving up a dog is horrible and being on bad terms with your husband is even worse. My husband had to give up his Akita — the dog growled at our newborn the day she came home from hospital. But you know what? Everything was fine after that. My husband, it turned out, was as relieved as I was. And we eventually got a new dog we both loved.