Three WEST Artists Not to Miss by Ellie Schlesinger

Here are three artist participating in the WEST Austin Studio Tour that you shouldn’t miss, according to AP guest contributor, Ellie Schlesinger. 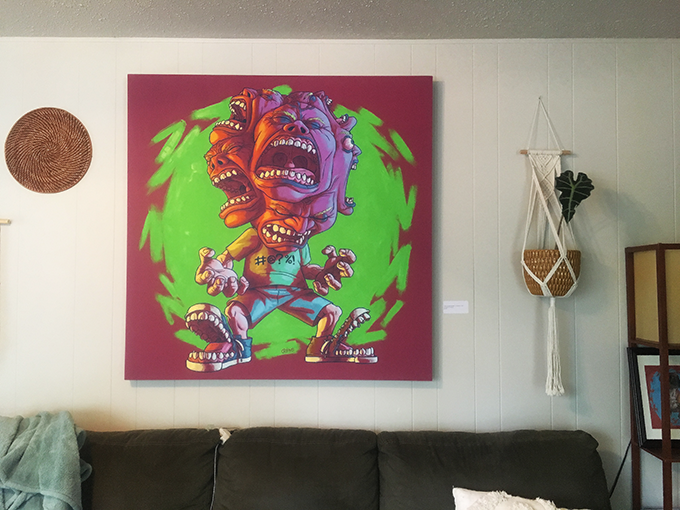 A sense of paranoia and isolation emerges alongside Justin Smith’s pop surrealist creatures as the weird and the defunct alike creep forth from the grimy, shadowy corners of a post-apocalyptic, neon-spattered, neo-noir refraction of our own world onto Smith’s large scale canvases where, emblazoned in contrasting colors, these individually framed characters quizzically regard and challenge the viewer, inviting us in for an intimate one-on-one interaction that promises bizarre discoveries and twisted stories. Come in to exercise your imagination and to get to know these marvelous mutations! 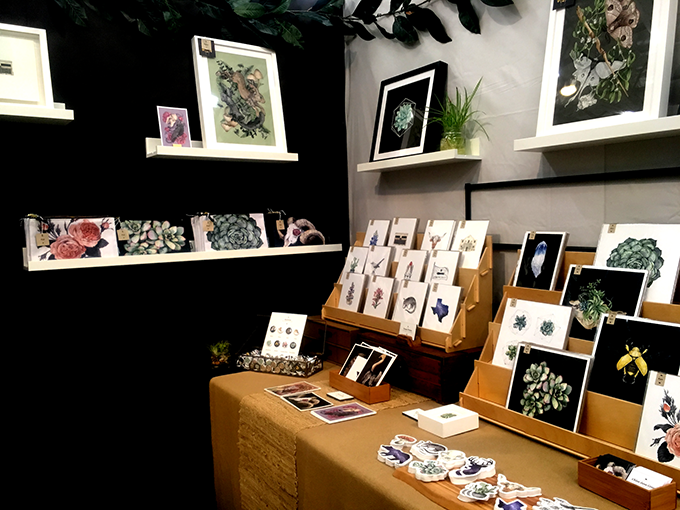 In Chloé Gray’s astonishingly vivid and fluid watercolors, contrasting arrays of evocative textures and harmonious patterns of natural shapes intertwine and interact, bringing new life and meaning into each other and eliciting a sleek tangibility that ignites the imagination and tickles the fingertips, tempting us to touch this vibrant and magical reflection of our world. Pick through her whimsical creations at the Blue Genie Bazaar to see her flora and fauna flourishing on prints, stickers, bags, and more. 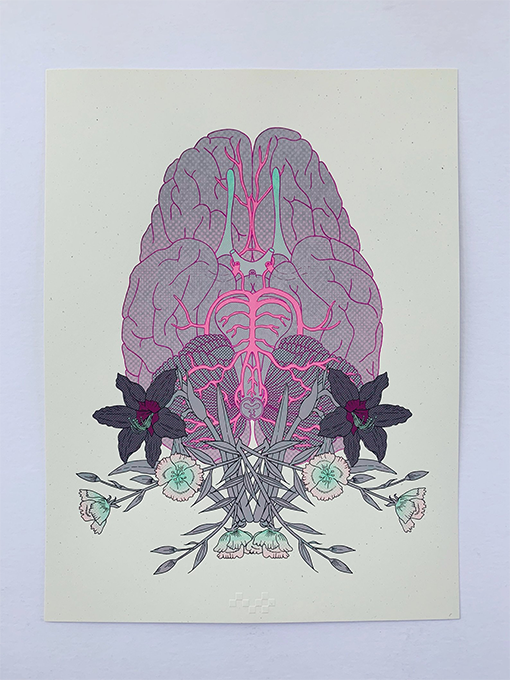 Aaron deGruyter excites and pleases the eye with his clean and satisfactory depiction of the staggering complexity and alien beauty of human anatomy, which he skillfully merges with the elegant simplicity of a sleek graphic design and playfully pops with an array of deliciously delightful pastels, his sets of organs and bones each delicately framed by flowers to emphasize his themes of human transience. Come see this beautiful balance of complexity and simplicity at the Blue Genie Bazaar.