Did Our Leader know the sculptor was a prominent white supremacist and one-time knight of the KKK? 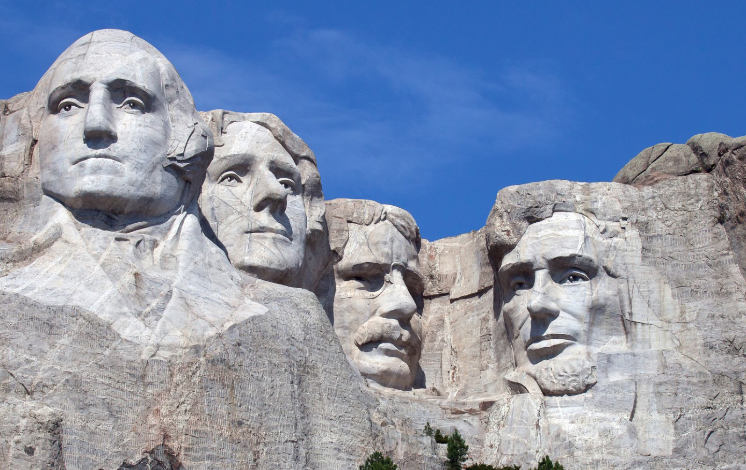 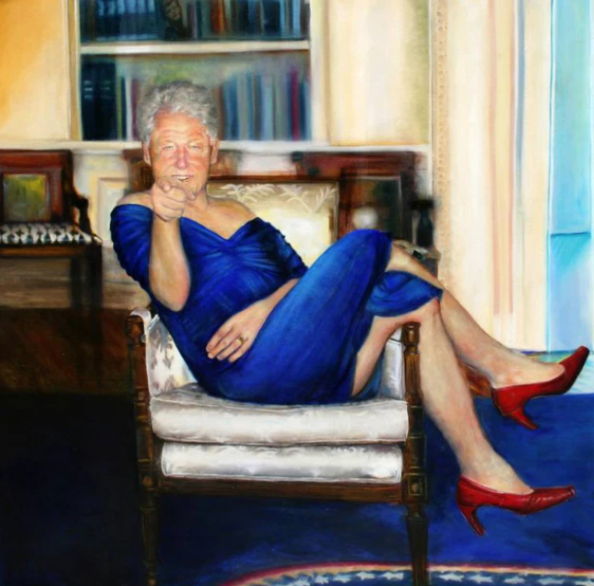 Will she be asked to explain what this Clinton portrait was doing hanging on a wall in Jeffrey Epstein’s townhouse? 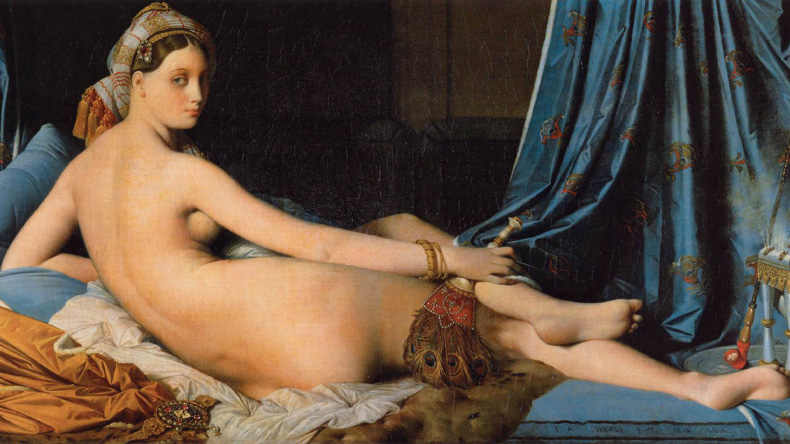 If Ghislaine were a ship,
she’d be the Titanic

(Story below after Swampland News) 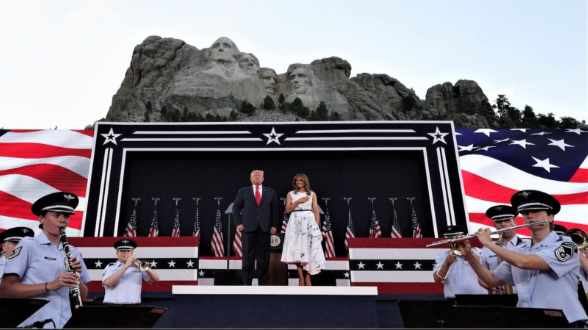 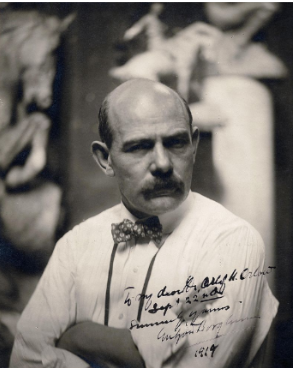 As we noted two weekends ago, when Our Leader tweeted a video clip of one of his supporters shouting “white power,” he never fails to disappoint.

And he didn’t, again, last Friday, when he flew to South Dakota to deliver what The Washington Post called a “harsh denunciation of the racial justice movement,” using Mt. Rushmore as his staged patriotic backdrop.

Not only was his speech divisive, his choice of Mt. Rushmore put him squarely in the middle of two longstanding controversies that center on white domination of minorities, Native Americans and African Americans.

Both The Post and The New York Times did report the former controversy, involving Native Americans. Mt. Rushmore is located in the Black Hills of South Dakota, land sacred to the Lakota Sioux tribe and promised to them, by treaty, in 1868. Yet, when gold was discovered in the Black Hills just a few years later, the U.S. did nothing to stop white miners from invading the Black Hills, which the U.S. then reacquired, by force, after the massacre at Wounded Knee, in 1890.

The Lakota Sioux have never forgotten Wounded Knee, nor have they given up their claim to the Black Hills; they consider the massive sculpture of the four U.S. presidents, completd in 1941, a desecration of their ancestral and sacred lands.

The other controversy, involving African Americans, has been ignored by The Times and The Post. Yet it may at least partly explain why Trump chose to ignore CDC guidelines and risk the lives of his supporters by insisting on delivering his inflammatory speech live to a crowd of several thousand with Mt. Rushmore as his backdrop.

The controversy involves the massive sculpture itself.

Its creator, Gutzon Borglum, was a prominent white racist. In 1923, he was one of six knights who, as members of the Ku Klux Klan’s Imperial Konsilium, transferred leadership of the Klan from Imperial Wizard Colonel Simmons to Imperial Wizard Hiram Evans, according to Wikipedia.

Forty-six years old at the time, Borglum must have been a loyal Klansman for a good number of years to have been a member of the Imperial Konsilium.

Although he later said he had left the Klan, he was considered ideologically compliant enough to win a major commission, the Confederate memorial at Stone Mountain, Georgia, paid for by the Daughters of the Confederacy.

Was the President aware of Borglum’s background? Did he choose Mt. Rushmore as another wink and nod from him to his white supremacist supporters? Was his choice another way to show his disdain for Black Lives Matter and his opposition to the racial justice movement, which he hopes to enflame and use to win reelection?

Someone ought to ask him. 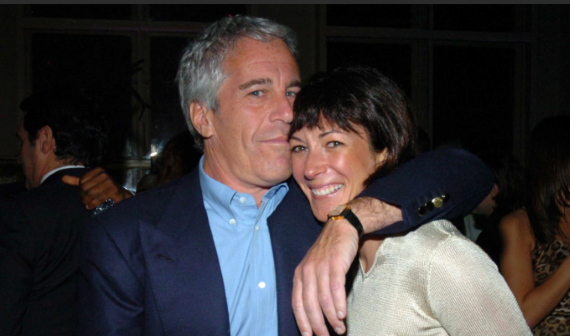 Does the Southern District want her…or what only she knows?

Was Berman fired because of Ghislaine?

Not since the Profumo Affair nearly brought down Her Majesty’s government in 1963 has a sex scandal threatened a nation’s social and political elite as the Epstein Affair does now in the beleagured United States.

The highest of flyers who were once only too happy to know Jeffrey Epstein, including The Donald and Bill Clinton, may have thought their reported presence in Epstein’s lavish homes and at his infamous sex parties would never be proved in a court of law after Epstein’s suspicious suicide last year.

But whatever comfort they may have taken from Epstein’s timely demise must have shattered last week when the FBI announced it had arrested Ghislaine, Epstein’s muse, in New Hampshire. (After spending a quiet July 4th weekend in custody there, she was transported to Brooklyn yesterday, where she is expected to be arraigned later this week.)

Ghislaine is, of course, Ghislaine Maxwell, daughter of Sir Robert Maxwell, the British media baron who apparently chose to jump off his yacht and drown in the Atlantic Ocean rather than face charges that he had embezzled some 440 million pounds sterling from the pension fund of the Mirror Group of British newspapers, which he owned.

Shortly after her father’s death in 1990, Ghislaine decamped in high style to New York, where she eventually hooked up with Jeffrey, first as his girlfriend, and then, allegedly, as procurer of young girls for him and the all-star A-list male guests who gladly accepted his hospitality until they were forced by his notoriety to claim they hardly knew him.

Many of them apparently forgot, however, that they had been photographed with Jeffrey and Ghislaine, in and out of situ, photographs which Epstein reportedly kept neatly catalogued, should his guests’ memories ever one day need to be jogged.

Those photographs are now reportedly in the hands of his and Ghislaine’s prosecutors at the famously law abiding U.S. Attorneys Office for the Southern District of New York. 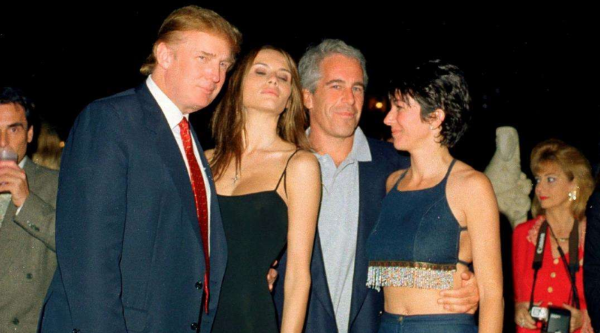 ONE OF THE MANY PHOTOGRAPHS: The Donald, Melania, Jeffrey & Ghislaine at Mar-a-Lago in January 2000.

The question now is what the Southern District plans to do with those photographs and with Ghislaine, for that matter, now that they’ve finally got her. Two options would seem to be on the table.

One option would be to throw the book at her, so to speak, prosecuting her for the crimes she’s currently accused of: four counts of procuring and trafficking underage girls, and two counts of perjury.

Ghislaine would then introduce them to Epstein and his male friends, they said, who, the girls claimed they were shocked to discover, expected something more than a handshake.

For some of them, like the girl who claims Prince Andrew invited her to visit him in London when she was 17, the thought they had been abused didn’t seem to occur to them until the invitations stopped coming. Others, of course, took the kindness of strangers literally, thinking it was genuine.

It goes without saying that the girls who thought meeting Jeffrey and his friends once was enough, will likely make the best witnesses for the prosecution if, and when, Ghislaine goes on trial.

The Southern District prosecutors also have a second option, which would be to offer Ghislaine the opportunity to plead guilty to a single, relatively minor charge, in return for her full cooperation providing evidence against the gentlemen who actually took advantage of Jeffrey’s underage harem, benefiting from the techniques the girls say Ghislaine taught them.

This second option would clearly not be in the interests of The Donald, Bill, Andrew and the other bold-faced names who frequented Epstein’s lavish townhouse in New York, where the provocative Clinton portrait was found; his ranch in New Mexico; estate in the Virgin Islands; and flat in London.

This option became all the more titillating today with the British papers reporting that Ghislaine has a “stash” of videotapes of Epstein and of his guests having sex with the underage girls she denies having procured for their pleasure.

Could it be that, in his role as Our Leader’s personal attorney, William Barr felt he needed to protect his client by getting rid of Berman before Ghislaine’s arraignment, knowing Berman favored offering Ghislaine the option of a plea bargain in return for testifying against the High Flyers caught in her web?

I suppose we’ll just have to wait and see.