The World of Franyo, Part 37: The Welcoming Committee 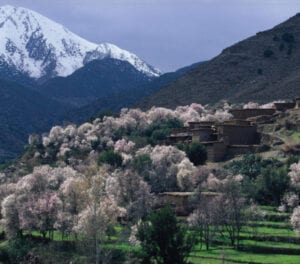 As Werner slid to the floor during dinner at the Marrakech restaurant, a guest rushed forward, saying he was a doctor. Suddenly tons of people surrounded Werner, who lay like a rag doll with his head flopped over his chest. “Give him room!” the doctor kept yelling. In the distance we heard sirens and within seconds an ambulance appeared, the EMS crew racing into the restaurant with a gurney. They loaded Werner, still unconscious, at record speed and told me to follow the ambulance, without giving any other information. Since I didn’t really know how to drive, this was a tall order. As the ambulance careened around the corner out of sight, I was still trying to get our rental car started. I guess adrenaline kicked in. I put the car in third, opened the window so I could follow the sound of the sirens, and drove like a bat out of hell, stripping gears the whole way.

The hospital seemed like a big empty building adorned with bits and pieces of medical equipment. There was no one at admissions; in fact, there didn’t seem to be anyone anywhere as I raced frantically up and down the halls, peering into rooms, looking for someone in charge. I couldn’t find an ER, but I heard voices coming from somewhere and I followed them till I came to a room with its door shut tight. I knocked and went in, and there was Werner on an examining table, eyes open and smiling weakly. Half a dozen people were in there with him plus a young man in a white jacket who was obviously the doctor. I asked in French what was going on. The doctor said he’d done a cursory examination and would be running some tests. “But is he okay?” I asked. “What’s wrong with him?” 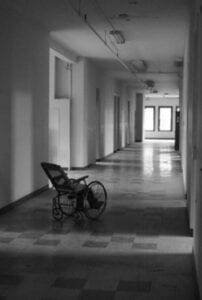 “I don’t know yet,” the doctor said, smiling and holding out his hand. His name was Michel Azoulay. He was in his thirties with sharp black eyes and cafe au lait skin. “But I think he will be fine.”

The other people in the room, bystanders as it turned out, began to leave. One of them introduced himself as designer Yves Saint Laurent, who’d been in the restaurant when Werner passed out and had come along to help. “Now that I know things are okay…” We shook hands and he, too, left. (I later learned he frequently traveled to Morocco to buy fabric.)

Dr. Azoulay ran heart and brain wave tests. All normal. He took blood. Finally he sent us back to the hotel for the night. “But I want you here tomorrow ten AM,” he said. “We will talk.”

The good doctor, whom we got to know a little over the next few days, was a Moroccan Jew with a strong opinion about what had happened to cause Werner’s collapse. He would not allow us to leave Marrakech till all tests were completed. (All came back normal.) In his view, Werner’s iced tea had been laced with a potent keef. “You had a classic high. But when you introduced wine into the picture, zzzt!” He made a slashing dive bomb motion with his finger.

“All bets were off. Your system couldn’t take the addition of alcohol.” He told us that incidents such as this were not uncommon in Morocco. “You are lucky they didn’t take your passports and all your cash.”

And that we got out of there alive. The intended scenario was probably that Werner would have passed out during dinner in the well-appointed living space of the Glaoui’s nephew and then…well, you can imagine the possibilities. (I must say I did picture our bodies thrown over a ravine somewhere in the Atlas Mountains.)

And who was the Glaoui? A historical figure, Lord of the Atlas, and Pasha of Marrakech from 1912-1956. He was chief of the Berber Glaua tribe, based at Telouet, the high Atlas village we had visited with a guide who also claimed to be a relative of the Glaoui. As Dr. Azoulay explained, everyone and their brother asserted descent from the Glaoui, a convenient story for tourists. For me it provided a trajectory for the text of “Cities of a Thousand and One Nights.” If the book were loosely based – for the purposes of structure anyway – on the stories of Scheherazade, then the story of the Glaoui might be a good place to begin. 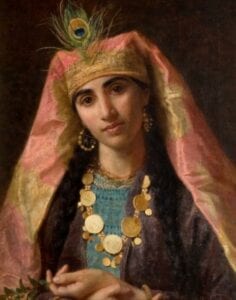 We did return to the village of Telouet. We drove there on our own, without Ahmed or anyone else to guide us. It was early afternoon, a beautiful spring day, and the winding dirt road didn’t seem as muddy or treacherous as the last time. We parked where the road petered out, noticing several other cars there. A team of muleteers appeared as we headed on foot toward the noisy gurgling stream. We mounted and repeated our journey over the slippery rocks and up the steep hill to the kasbah of Telouet. This time there was no royal treatment when we arrived at the top of the steps and slid off our mules. We saw a few tourists with guides, but otherwise the village was empty and nobody stopped us as we wandered around taking photos. I did ask one person who seemed to live there about the Glaoui’s nephew. He looked at me blankly and then laughed, saying “Monsieur” was out of town. That was it. No drama, no offers of drinks or dinner, no attempts at stolen kisses. We returned to Marrakech without incident. 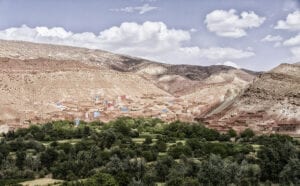 Several days later we flew back to Europe, stopping first in Zurich to see my family who’d been skiing. “My family” included not only my parents, but my sister and her in-laws, most of whom I’d known since childhood. This was the first time for them to meet Werner, and the first time for us to officially acknowledge the fact of our marriage. Whew! Everyone was polite and welcoming, but I knew that behind our backs tongues were wagging. In some ways, here in the city of Zurich, in ultra-civilized and correct Switzerland, life seemed more dangerous and complex than it had back in the Atlas Mountains. 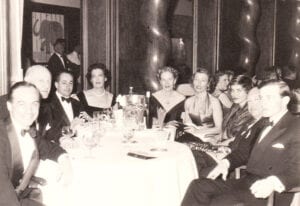