At the time of my marriage to Werner, most of my extended family had moved back to Europe for business reasons. My sister and husband lived outside The Hague. Her in-laws lived in London, quite near the flat Werner and I moved into a few months after our return from Morocco. Only my parents remained in New York. 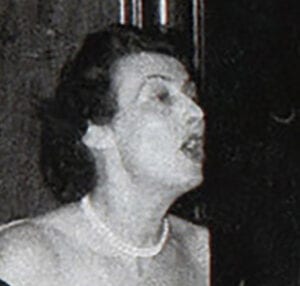 To understand the ingrown nature of these relationships, all you need to know is that Vivi married my mother’s best friend, Gerda’s younger half-brother, Ralph. My mother and Gerda, also a German Jew, had known one another since they were young wives in Great Neck, right after the war. She and her husband, Bill, who became a business partner of my father’s, had lived around the corner from us. For a number of reasons, I always secretly wished they were my parents. They were funny, they didn’t talk down to kids, they seemed more American than we did (well, Bill, with his shaggy hair and intensely curious manner, was American). They functioned as uncle and aunt in my life, a gossipy, elegant, highly-cultured, tennis-playing pair who knew as much about me, my whereabouts and decisions, as my parents did. So, for instance, when Celia and I took our little furnished flat in Kentish Town two years earlier, Bill showed up unannounced to “have a look around” and see how we girls were doing (he was kind of an uncle to Celia, too). Celia and I were pissed; we wanted our privacy. On the other hand, if we were hungry for really good food and didn’t feel like cooking, we’d invite ourselves to dinner at Vivi’s parents-in-law’s posh house up the road. 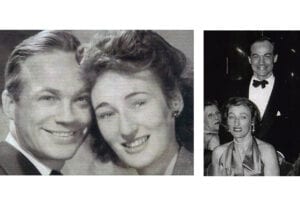 Meanwhile, we rarely spoke to or saw Vivi, who lived an hour’s plane ride away. This became a problem that had lasting repercussions.

As children, Vivi and Celia, born in the same year, were best friends. I was a few years younger, an interloper as far as my sister was concerned. This gave her license to push me around, break my dolls, steal my possessions, and try as best she could to get rid of me. Celia saved me from a number of onslaughts, death by drowning, suffocation, and out-and-out physical attack. I would be forever grateful to her. 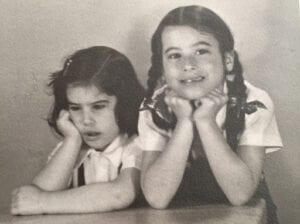 Vivi (right) and me

As the years passed, there was no improvement. Celia and I, bookish and introspective by nature, morphed into best friends. Vivi was on her own with a marriage that broke up, a fast-moving, perplexing life, and a lot of heartache. All the times I could’ve helped by being there for her, letting go of sisterly fights, pride and misunderstanding, I wasn’t – there was simply no communication. This worked both ways, of course. It was as if, for long periods of time, Vivi and I didn’t exist for one another. And yet… and yet, in those rare intervals when our lives were in synch and we were getting along, it was like being on the wildest adventure you could imagine, and my heart opened to Vivi as it never did to anyone else. She was funny! Oh my god she was so outrageously, irreverently, diabolically funny. 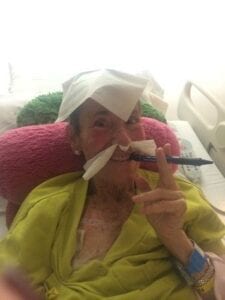 Vivi, a few months before she passed away

But back then, when Werner and I returned as newlyweds from our adventures in Morocco, it was all very political. Vivi and I were not getting along. Franyo wasn’t getting along with Vivi’s mother-in-law, who also happened to be her closest friend Gerda’s mother. Franyo openly preferred her new son-in-law, Werner, to her other son-in-law, Ralph, her closest friend’s brother whom she had known for many years. While I adored Ralph, Vivi couldn’t stand Werner. And so on and so forth, not a good blueprint for peace and stability in the family. Add to that the (hushed up) fact that Franyo, who’d be turning sixty later in the year, had just secretly had her first face lift. And my father, Gustavo, always known for his sweetness and decency, was engaged in a truly nasty battle over money with his two siblings. 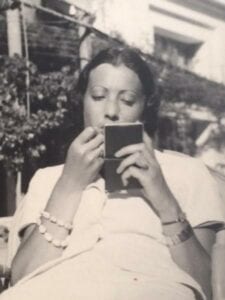 I bring all of this up because the rifts that start between family members in one generation can come home to roost in the next, causing irreparable damage – as was to happen between me, my sister and my unborn daughter, Jofka (Werner’s only child) whose life would be affected because so-and-so wasn’t speaking to so-and-so. But that’s a story for another time.