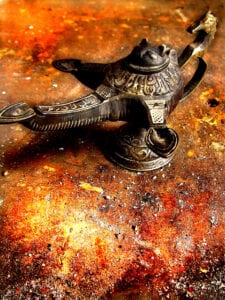 As a newly married couple, Werner and I needed our own flat. He didn’t seem eager to look, so I went by myself, knowing that if I pictured what I wanted in my mind, it would likely appear in real life soon after. In this case it was a one-bedroom garden flat on a tree-lined street in Hampstead. Floor-to-ceiling windows, beautiful wood-planked floors, fabulous light, spacious hallways and closets, everything I could have desired. I remember running all over town to get financing and references in order and then my excitement as I showed the flat to Werner for the first time. I might have been a bird dog depositing a sleekly-feathered duck at its owner’s feet. That’s how nervous I was. Thank god he liked it.

We were in a new phase, of course. Up until now it had all been travel, secrecy, drama. Our lives had read as a novel. There had been very little downtime. But now, finally, we would be in a single place for the foreseeable future and could put down roots, settle, build. One thing I had noticed about Werner was his sulking. This had started as just a whisper, barely noticeable, but in the past few months had grown into a bona fide tendency. If I spoke to a guy (or a guy spoke to me), if I hung out too long with friends, if I were home even fifteen minutes later than expected, uh oh, watch out, there’d be inky silence on Werner’s part that could last 24-48 hours. My own tendency was to keep the peace at all costs. I couldn’t stand the idea of anyone being mad at me, and since Werner’s sulking translated into anger toward me, his wife, this did not bode well for our relationship. But I shouldn’t have to remind you all that problems in a marriage are easy to ignore in the beginning, and years can go by with the marriage slowly and soundlessly boiling to death like the proverbial lobster. 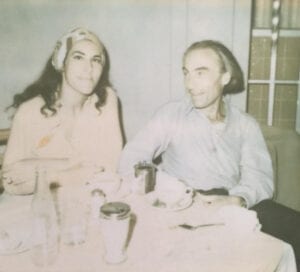 Werner & me in the early days 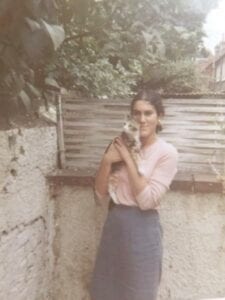 On the back porch of our flat

So there were Werner and I in our new home. We started out with zero furniture, acquiring pieces bit by bit, a new couch, a peasant’s table for the kitchen, a few chairs, some cookware and dishes. I was not domestic; this was a whole new thing for me. When I think back on those days, I remember sitting on the living room floor with my portable typewriter, an ashtray, and a cup of coffee, waiting for Werner to go out on his daily rounds so that I could write in peace. What were his daily rounds? I’m not sure exactly. He’d visit his friend Herbert’s gallery in Marble Arch, he’d schmooze around the British Museum where he had carte blanche to go behind the scenes and photograph whatever he wanted, he’d pay a call on various publishers, he’d go hunting for treasure on Portobello Road. This last was significant, though I didn’t have the sense to see it at the time. From the first days in our new flat, Werner would disappear for hours on end. He’d leave with his big bulging briefcase and reappear with the briefcase plus a box which he’d carry delicately into the flat. 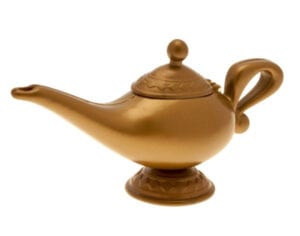 Oh wow, what was in the box? I’d watch, entranced, as he untaped it and out would come the most beautiful lamp. Great! We needed lamps. Wordlessly, Werner would place the lamp on a tall stool, set up lights, and photograph it. “Where shall we put it?” I’d say when he finished. “How about over there on that table?” Without answering, Werner would put the lamp back in the box, tape it up, and deposit the box out in the hallway. WTF?! He wouldn’t explain what he was doing, but a few days later he’d appear with another box, this time a small sculpture or a weaving or a beautiful pair of earrings, and go through the same routine of photographing the piece, returning it to its box, and putting the box out in the hallway. Pretty soon we had a wobbly tower of boxes, all filled with secret treasures. When that tower went from floor to ceiling, Werner started a second tower. Kind of strange behavior, especially as he absolutely refused to discuss it.

But I’d already begun to notice some other strange bits of behavior.