Werner was an odd, mysterious guy, brimming with all sorts of thoughts and ideas, very creative, charming and affectionate. He loved to talk. Sometimes I avoided asking him questions because of the flood of words that would ensue. He would digress, go into exhaustive detail about something that barely had relevance to the subject at hand, or get lost in the minutiae of the story. Since I’m someone who likes a narrative told in a linear fashion with beginning, middle and end, this could occasionally be problematic. However, he had a great many fans; women loved him, and so, I might add, did cats, dogs and children. I don’t know what it was exactly, but he had a kind of magic – a playfulness – that drew people, especially when they were young, high-spirited and wanted to have fun. 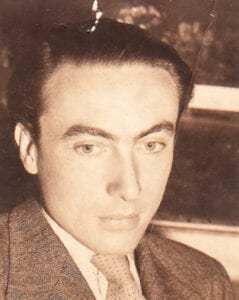 But he was also a bit of a diva. With work he was totally and relentlessly focused: nothing and no one could penetrate or detract from his concentration as he stood behind a camera, studying a piece. I do not for a moment question that he was a genius at what he did. He came from a poor family. His mother taught music, his father had a history of drifting from job to job and frequently being out of work. At times they slept on newspapers because they couldn’t afford proper bedding. Werner dropped out of school when he was fourteen. He had a fascination with airplanes and would hang out at the airport for hours, watching them land and take off. He figured if he couldn’t be a pilot, the next best thing would be to have images of these huge mechanical beings. Somehow he got himself a cheap box camera and that was the beginning of a passion – or obsession – that never abated.

The first few months in our new flat were a blast. With my somewhat rarefied upbringing, I was unused to housekeeping, cooking, the practicalities of sharing intimate space with another person. I’d go out to the shops with my net bag and be very proud of the fruits, vegetables and meats I brought back. In my life thus far, I’d never bought sheets, towels, pillows, pots and pans, flatware. I’d never had to orient myself to another person’s habits or rhythms. I’d never had someone sulk at me because of something I said or did, and I’d never really had to wonder about the mysteries of another person’s behavior. Now the simple, single-young-girl life I’d led was gone, and overnight I’d become a wife, a missus.

So who was this stranger I was living with? He liked pastries, sweets, “yowse,” as he called it (high tea – he could have skipped lunch and dinner and thrived on schnecken). He was prejudiced in favor of people of color. He was tolerant of liberal ideas, the sex, drugs and rock ‘n roll of my generation. He was a hypochondriac with a penchant for tall tales. He was kind and patient, though he didn’t suffer fools lightly. I’d never before, or since, met anyone like him. 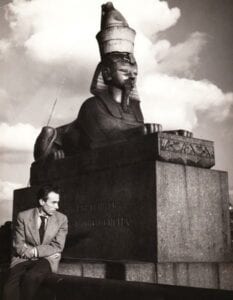 Here’s an example of his weirdness. We were going to give a dinner party, the first in our new flat. There were to be twelve guests, mostly friends and associates of Werner’s. We spent the whole day getting ready, cooking, cleaning, setting up furniture. When the guests arrived, Werner was there to greet them. “Hello, how are you, wonderful to see you.” Hugs, handshakes, kisses all around. When the final guest arrived, Werner announced that he had to leave, he had things to attend to. What?! Where was he going? What’d he have to do?

No answer. He simply put on his coat and sailed out the door, leaving the rest of us bewildered, and wondering what the etiquette was around this kind of behavior. I poured drinks. Someone else put on music. Another person pulled out a card deck. Somehow I managed to serve dinner. I think we all got kind of drunk. By unspoken agreement – or perhaps British good manners – Werner’s strange disappearance was never discussed.

At eleven-thirty, just as the guests were leaving, Werner reappeared with the same hellos, handshakes and kisses. He helped them into coats, saying he hoped they’d had a good time. If anyone asked where he’d been, he smiled and said with great reasonableness that he couldn’t possibly tell them that. He wouldn’t tell me either. He helped me clean up later, but his lips were permanently sealed. This happened with every party we gave, unless my mother was there. With Franyo present, we’d play a mean game of cards and get piss-drunk. Perhaps he was a little afraid of Franyo and how she’d lay into him regarding his poor manners in harsh, rapid German. But he was always different, better, easier when Franyo was around. If it was just me, easy to shock and manipulate, he’d play all sorts of secretive cat-and-mouse games to keep me on my feet and wondering, as you will see. 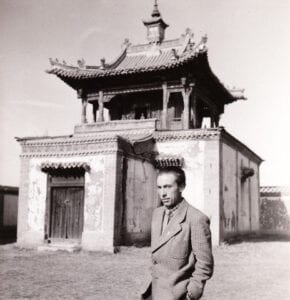