The World of Franyo, Part 47: In the Driver’s Seat

By the time Werner returned to London I was large as a house. I hadn’t heard from him since his departure three months before. Christmas had come and gone and now it was February. I was due at the beginning of May. If I expected needling and accusation, I was wrong. The moment he saw me with my big pregnant belly, his anger dissolved. In some ways it was the best time of our marriage. 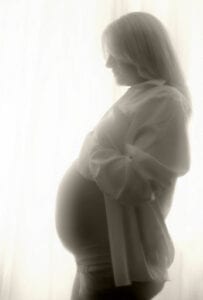 There were other problems. I was in the home stretch of my pregnancy and our landlord informed us he was selling the house: we would have to leave. I also needed a British driver’s license. I’d failed two previous tests and figured if I tried again at the height of pregnancy, they’d take pity on me. Here I was wrong. The tester flunked me because I didn’t slam on the brakes for the emergency stop – my belly was a little in the way. But hey, that was cool. I’d passed the New York test and was driving on an international license. 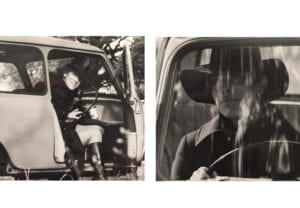 The housing issue was more serious. The landlord said we could wait till after the birth but since the other occupants were moving out, the building felt vacant and creepy. No lights on above us at night, no other household sounds beside ours. Werner was indulging heavily in his treasure-buying habit, which meant our hallway was getting really tight. I hadn’t yet added a crib or baby stuff to this picture – too superstitious. But I was in a Lamaze class. Five of us, three Americans, a Canadian and an Irish woman all due around the same time. I was due last, on May 5th.

It was a group that clicked really well, except for the Irish woman who remained aloof. She was due right before me, a nurse who was having a home birth. Somehow she worried me; her belly was huge, far bigger than any of the rest of us. She could barely get up out of a chair. By now the world had shrunk down to the babies who’d taken over our bodies and the need to get ready for their imminent arrivals. The first three delivered safely and soundly, no problem. The Irish woman had a stillbirth on my birthday, April 15th.

She’d been producing too much amniotic fluid and it crushed the placenta. This was news that made me physically ill. Sad for her, frightened for me, generally just plain freaked out and filled with superstitious dread. I had three more weeks to go – how could I stand it?

Well, I couldn’t, so I did something I’d never done before. On the night of April 17th, leaning up against the kitchen counter, I made my mind very still and focused. I felt like an orchestra conductor. My whole body went dead quiet – not limp but quiet, as if every single cell was listening. And then, with an immense force of will, I flicked some sort of hidden mental master switch, waved the baton, and told my body to go into birth mode.

It was really a prayer. An hour later I was flooded with hormones. 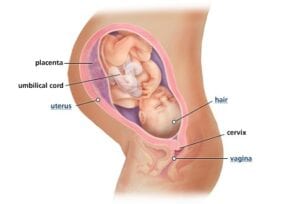