The World of Franyo, Part 58: Enclave of Drunks, Poets & Vampires 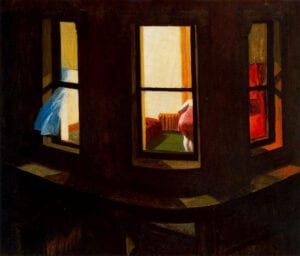 I was making coffee my first morning in the new apartment when a man yelled: “You don’t eat your Cheerios, I’ll break every fuckin’ bone in your body!” What?! The voice was rough and dangerous and it came from right behind me. I spun around. My neighbor’s kitchen windows looked directly into mine, an eight foot alley between us. I peeked out, but all I could see were shadowy forms across the way. And then that rough, cajoling voice again. Oh god, I thought. What have I gotten myself into?

That was my introduction to Stearns Street, an enclave of drunks, poets, and (this became a joke among us) vampires. I met my neighbor later that day, a tiny red-headed woman in her early thirties named Maeve, though to me and the writers who began to frequent the street, she was always known as Moses. The rough male voice belonged to her boyfriend, Tony, a car mechanic (very convenient) and lobster fisherman (also convenient). Moses had six children – four boys, two girls – ranging in age from three to twelve. The three-year-old, a freckle-faced little boy named Joey, quickly became Jofka’s best friend. Moses also had an ex-husband, Roger, who visited daily, adding to the drama of the street. When Roger walked in the front door, Tony quickly slipped out the back. 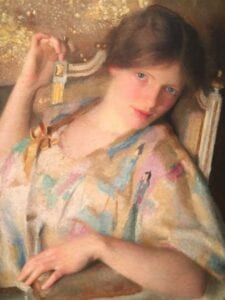 That first day, Moses invited me in for a coffee, which was more like a code word for wine. She had a steep-staired three story house, several large smelly dogs, and a wide picnic table in the kitchen stacked with toys, dishes, clothing, magazines. There would be many evenings in the future when Tony would come home with a catch of lobsters and Moses would spread newspapers over the table, on top of which would go place settings, beer, wine, melted butter, and – as soon as the kids left the room – lines of coke, a drug I thank god never got into. 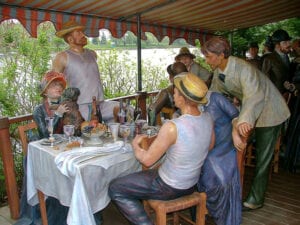 But that first day we sized one another up and swapped stories. She had the same thick New England accent as my landlady, Mary, the same dusting of freckles as her son, Joey, the same sharp blue eyes and fiery nature as my idea of an Irish warrior woman. She would have fought hell and high water for her children, though she’d scream at them all the time – angry, penetrating shrieks I’d hear regularly through my windows. To her I was an exotic urban creature, a New Yawker (and Jew) with the slightest trace of an English accent. She wasn’t sure how I’d be as a neighbor, but she sure as shit knew I’d make an excellent drinking buddy. For the next three years her house was my house, and our kids floated back and forth from her kitchen to mine, leaving a trail of toys, candy wrappers, juice packs and discarded clothing behind them. Life would have been very good if it hadn’t been for the trouble I kept getting into with men, alcohol and friendships.