The World of Franyo, Part 59: Via Via

By now I had been in Cambridge for about a year. Despite new friends like Moses next door, I was still lonely and adrift. Teaching in the prison system did not exactly elevate the mood, at least not most of the time. On more than one occasion I thought, wouldn’t life be easier if I returned to my comfortable little house and crazy marriage in London? 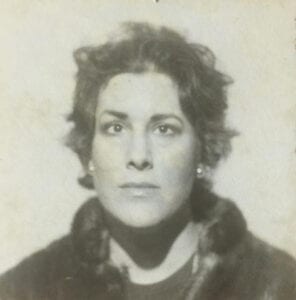 Me, back in the day

But I’d already traveled a ways down this new and alien road. Intuition would kick in on the darkest days and tell me to plant one foot in front of the other, just keep on trucking. We adopted a scruffy dog from the pound who seemed about as needy as I was. I applied to graduate school for an MFA in creative writing (they accepted me on the condition I take the three or four courses necessary to complete my B.A.). Werner came to visit us several times. He didn’t seem bitter or angry – quite the opposite – and I was always glad to see him. Jofka was glad to see him too, though I’m not sure she understood the nature of the bond between them. He was her father, but what did that mean exactly? Not many of the kids she knew had fathers who lived with them. But Werner, who’d never wanted children, was a genius at playing with them, inventing all sorts of games and challenges. When he descended on Stearns Street, he was like a magnet attracting kids. I’d watch him play with Jofka and whew! What happiness on their faces. She was definitely the sun that lit his being, and it worked the other way as well; when he left I could expect floods of tears. 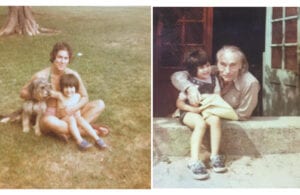 Meanwhile I’d hooked up with my cousin, Eddie, whom I’d discovered via via was in Cambridge. Eddie was the son of my father’s younger brother. We didn’t really know one another since I’d grown up in New York and he’d grown up in California. There were a lot of stories about Eddie’s family, many of them started by Franyo who really did not have a good word to say about either of Eddie’s parents. The dad was a ne’er do well, a trouble-maker who got involved with the mom right after the war, when he was a GI in Germany. (My uncle was ten years younger than my dad and fought with the US army in WWII.) The mom, according to Franyo, was a hooker, already pregnant with the eldest of Eddie’s three siblings when she met his dad. Slanderous hearsay, right? But I’d always hear talk of them when I was growing up – that the mom ran a call girl service in California, tsk tsk, that sort of thing ran in the blood, and the dad had a penchant for working girls. I’d met the mom once when I was a child and thought she was drop dead gorgeous with white blond hair, fine-plucked brows and a strapless cocktail dress studded with sequins. By the time I met Eddie again in Cambridge, his parents had divorced and the family had scattered. Like me, he’d been out of the country for years. I guess blood really is thicker than water, because through the worst of dilemmas we always had one another’s back. 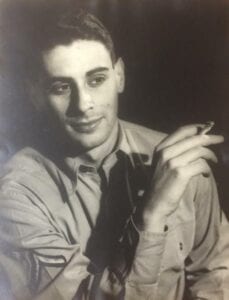