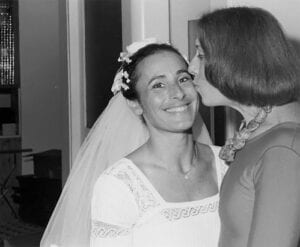 My sister got married for the second time that summer. We had not done well together as children – in fact, we didn’t form a close connection until many years later when I was in my own second marriage and my husband and I made the (then) radical decision to move from New York to Austin, Texas. I guess for Vivi and me absence truly did cause a deeper appreciation because after the move we were constantly on the phone with one another. But in the summer of 1977 our relationship was meh. Eddie and I were both included in the wedding and flew down from Boston with Jofka. I didn’t even have a dress for the occasion. 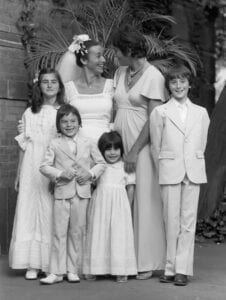 As the daughter of a fashion icon, that shows you my state of mind. I was sent out to the department stores the morning of the wedding. I probably had a horrendous hangover because I ended up buying a cheap blue polyester gown that didn’t suit me at all. Eddie in a borrowed jacket didn’t look a whole lot better. During the ceremony he was one of the guys holding the Huppah and I remember him muttering to me that the rabbi was taking too long – he was about to drop the damn pole. 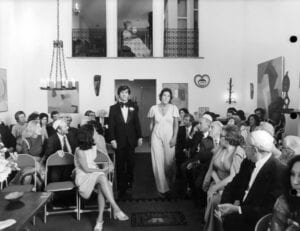 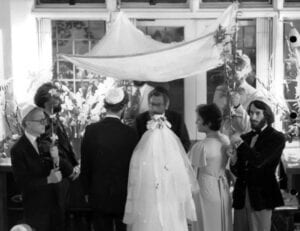 It was a crazy wedding. For sisters who didn’t get along, Vivi and I had similar histories, both of us marrying prominent men at very young ages, moving to Europe, having children, leaving our marriages and returning to the States on a moment’s notice. We were wild, impulsive, hard-headed girls – but I was quiet and devious, a bad drunk, while she was bold and reckless, didn’t give a shit what people thought, and almost never drank because the stuff gave her instant headaches. Vivi had met her husband-to-be a mere three months before. They decided to get married the third night they knew each other, a big Jewish wedding that my mother had to move mountains to organize. That may have explained some of the weirdness of the seating arrangements. 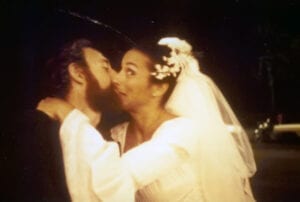 I had Eddie and my good friend, Sander, a painter whose work is often featured on ArtProfiler, to shore me up. Both guys were like uncles to Jofka (who had on an expensive dress Franyo had bought her). My mother was still barely speaking with me. While she liked Vivi’s new husband ok, she and Vivi had always clashed, so that left a fiery and unbalanced family dynamic. I have often noticed that when highly critical women like Franyo have daughters, they tend to hold up other girls they know as examples of perfection. In this case it was Betsy So-and-So, my age and already a mover and shaker in the art world. Betsy was thin, brainy and exquisite. Franyo made no secret that this would have been her daughter of choice. Against Vivi’s wishes, she not only invited her to the wedding, but seated her at the bridal table. Whoops. 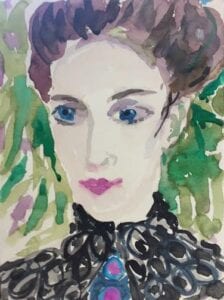