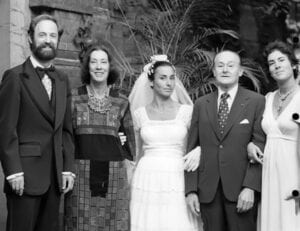 The wedding reception was held at Tavern on the Green, a venue more or less in Central Park. (The ceremony itself had been at my parents’ house the evening before.) My painter friend, Sander, and I were wandering around, making sly remarks about the guests, when we ran into my mother’s wished-for daughter, Betsy, whose beautiful face was creased in an ugly frown. “What’s up?” I asked somewhat disingenuously. 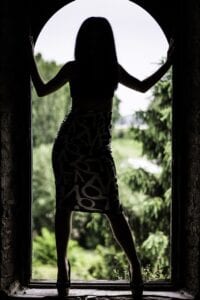 “I’m at the children’s table with a bunch of five-year-olds,” Betsy wailed. “How’em I gonna get through this?” As always, she looked as if she’d stepped right out of Vogue in a skinny fashionable dress and narrow, elegant heels. Betsy was well-known in the art world. No one would dare put her at the children’s table. But Vivi had. Over her dead body was this rival sister going to sit at the bridal table.

“I think we might be able to fix things,” Sander said.

He gave her a meaningful look. “You wouldn’t happen to have a jay on you?”

Betsy opened her gorgeous beaded designer purse. Yeah, there was a little something in there.

“Good. For some of that, we’ll squeeze you in at our table.” 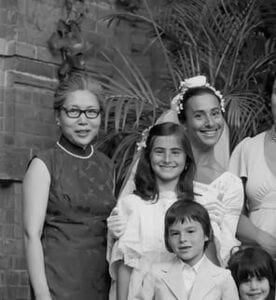 Sander and I were seated at the satellite table to the bridal couple and parents. Oh the thunderous looks from Vivi when we moved place settings around. But we were too stoned to care. Plus this was not our first wedding experience with Vivi. The year before we’d gone to my mother’s housekeeper’s daughter’s wedding in Queens along with Vivi and her then-boyfriend. (Franyo was out of the country, so we were her representatives.) It was a Chinese family and there was a certain etiquette which Vivi chose to ignore, seating herself right up front in the family section during the ceremony and rushing to be first in line at the buffet, before any of the other guests.  But the biggest problem was Jofka who began to scream when the heavily veiled bride was led down the aisle. “What’s the matter?” I whispered, drawing her close. “That’s June under the veil.”

She shrugged me off. “Why’s she being given away?” she shouted.

“She’s not being given away, she’s getting married,” I answered.

I couldn’t think of any good answers, so Sander had to pick her up and whisk her out of there before she disrupted the whole wedding.

“What’d you tell her?” I asked when he brought her back in, calm and smiling, about ten minutes later.

“Oh, just a story about how this is all mumbo jumbo.” 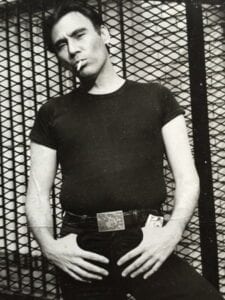 He was always telling stories. When life was really raw and I was totally falling apart, he’d come up to Cambridge and distract me with stories. Like the one about how my neighbors across the street were vampires. But that one wasn’t made up; the creepy aura of the house across the street was truly an inspiration for dark and gothic tales.