The World of Franyo, Part 62: Creatures of the Night 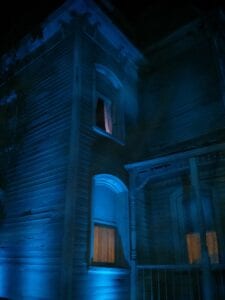 The family across the street was named Doyle. There were a mother, father and several ragged, pasty-faced kids whom I could never tell apart. Lots of stories circulated about them. Mr. D was an ex-con. Mrs. D, despite appearances, was descended from European royalty. At least two of the four or five children were geniuses. The entire family suffered from a hereditary disease that affected their physical and mental health. The youngest child was albino and could never go out. The eldest child was always in juvie. The middle child was autistic. Mr. D regularly beat his wife and had a large collection of knives and guns. Mrs. D had once been a concert pianist. And so on and so forth. Frankly, I didn’t pay very much attention to them until my friend, Jane Barnes, moved in next door. 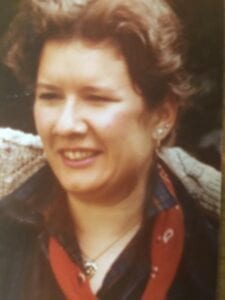 When I say “next door,” I mean she rented a little apartment from the Doyles that had its own separate entrance, but shared a wall. Jane, a writer whom I knew via via, was a powerhouse of energy, brains and information. She knew a lot about a lot and was “on” all the time, but that’s another story. When Jane moved into a place, it was shipshape and party-ready within hours. Floors polished to a shine, curtains up and fluttering in the breeze, fruit bowls on tables, pictures on walls – all bright, sparkling and stylish. That was how it was when she moved into the Doyle’s, but visiting her there was weird. You could sense a darkness next door. There was a strange rotting odor that no amount of incense or air freshener could mask. And, if you stopped by late at night, there was an off-and-on droning that came through the wall, a sound of dirges sung in low voices, and repeated undecipherable thumping noises, like bodies being thrown around. As outspoken as she was, it was impossible for Jane to confront the Doyles on any of this. We made up stories about satanic ritual and cultish practices instead. And then one weekend, Sander came to visit. 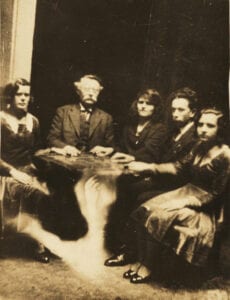 A friendship of mine had fallen apart due to my own foolish lack of judgment and Sander was determined to cheer me up. We were in my study, which faced out on the street. Jofka had been put to bed hours before; it must’ve been around midnight, and we’d had a few glasses of wine. Suddenly there was noise at the Doyle’s house: the front door banged open and closed and a voice yelled, “Get the fuck out of here!”

“Oh boy,” said Sander, positioning himself at the window. “I have a hunch this is gonna be good.”

We turned out the lights and poured more wine.

One thing I had noticed about the Doyle household: they rarely went out during the day, but became very active at night, when, at regular intervals, they would leave the house separately on their bikes. Where did they go? No one knew. They never talked to anyone and they always wore black. All night long they’d be back and forth on their bikes. 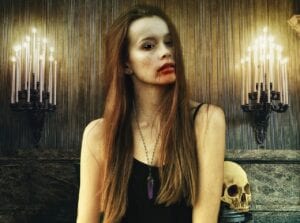 On this particular night they were surprisingly vocal. The door slammed open and shut again and a body thudded down the front steps, landing in a heap in the yard. “You get out and stay out!” yelled Mrs. D. And then to her children, so loud the whole street could hear: “Close the windows! Lock ’em! That sucker’s not getting back in here ever again!”

That “sucker” was certainly Mr. D. Rumor had it that he was a bad drunk and that he slept on the laundry folding table in the cellar because no one in the family wanted to deal with him.

The drama continued. As the children ran through the interior of the house, shutting windows, Mr. D picked himself up from the ground and began a wailing lament on the doorstep.

“Wow!” said Sander. “And you thought you had problems.”

“Over my dead bawdy!” yelled Mrs. D in her New England accent.

But Mr. D did get back in. Predictably he found a chink in the armor, a cellar window that hadn’t been locked, and he slunk from the darkness of the street into the deeper darkness of the house in seconds. After that there was a brief silence and then lots more yelling.

When I asked my landlady, Mary, about the Doyles, all she would say was, “Liquor, God bless ’em.” When I tried to push her, wanting more detail, particularly about where they went at night, she’d make that motion as if she were going to cross herself. “Your guess is as good as mine.”

With Sander there, the vampire story took root and grew, so that the very name Doyle became synonymous with a blood-drained creature of the night. But the question remained: where did they go on their solitary bike rides in the dark after everyone else on the street was asleep? 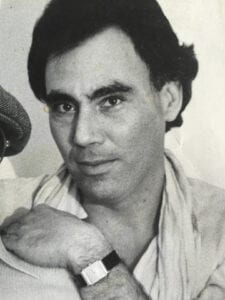 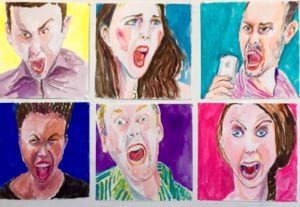