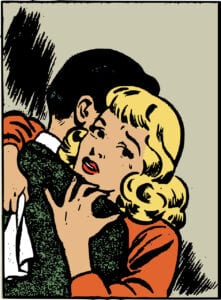 At the same time as I was spying on the pseudo vampires across the street, I was taking classes at B.U. toward a Masters degree in creative writing. My first term there, I studied with renowned author Stanley Elkin, who was on loan for a semester from Washington University. Mr. Elkin, born in Brooklyn in 1930, had already received critical acclaim for a number of his many books, short stories and novellas. His work was highly satirical with an emphasis on prose and character over details of plot, which is probably one reason he never had a particularly strong appeal with the public. I was excited about working with him. Our first encounter was in a B.U. hallway when he lumbered up to me, a large balding man with a vexed expression on his extremely intelligent face, and said: “Where’s the bathroom?” As an older student, I wasn’t intimidated by much. “I don’t know,” I answered, squinting at him. “I’m looking for classroom thus and such, which I’m guessing might be yours.” “Yeah,” he grinned. “But not unless I pee first.” 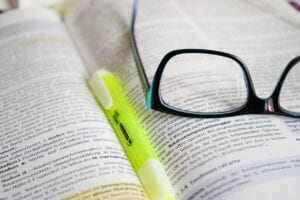 There were eight or nine of us in the class. At the time, Stanley, who was already quite debilitated by the MS that was to plague him most of his adult life, was easily agitated and did not suffer fools lightly. He was the kind of teacher who complained, threw chalk at students who pissed him off, and let us all know how annoyed he was by our collective lack of talent. There was also no lack of commentary on how much he preferred teaching in St. Louis and how inconvenient (because of his illness) his brief stay in Boston was. We met once a week and with each piece of student writing that was workshopped, he grew more sour. “The only person in here who can write is her,” he’d say pointing at me. Because he said this so frequently and with such exasperation, it was more of an embarrassment than a compliment. I was also, according to him, one of the only people he could talk to in Boston and his only source of weed, a substance that greatly helped alleviate his symptoms of MS. Toward the end of the term, feeling he should meet more people, I decided to throw a small dinner party for him. 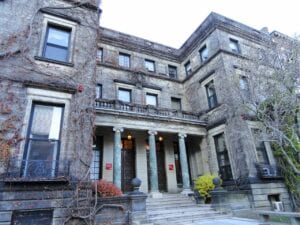 This would have been fine if it could have been given at my house, but Stanley could no longer walk stairs so we had to hold it at Stanley’s ground floor apartment. There were only three other guests, my friends Joanna and Charlie, and a skinny young man named Derek whom I’d met in one of my classes. Joanna was an old high school connection from New York, smart as a whip and very interested in meeting the distinguished author, Stanley. Charlie was her boyfriend, one of those extremely funny guys whose wisecracks and witticisms covered a gloomy, self-doubting nature. Since he was in the midst of writing a novel, he too wanted to meet Stanley. Joanna had been living in Cambridge a number of years, but my friendship with her had deteriorated since I’d moved there. Derek, the third guest, was a good ten years younger than we were, an awkward, quiet person with a poorly trimmed mustache who basically followed me like a puppy dog everywhere I went. This was baffling to me as he demanded nothing of the friendship and I clearly had no interest in him beyond getting him to drive around and run errands, particularly when I was drunk. Joanna and Charlie called him my flunky.

Our agreement was that we’d cook at Joanna and Charlie’s house and bring the food to Stanley’s at seven on a Saturday night. It was important to be punctual, but when I arrived at Joanna and Charlie’s they hadn’t begun. She was in the shower, washing her hair, and he was sitting around in his boxers, watching TV. I frantically began peeling veggies and braising meat. It was about a quarter to six. I had to mix a salad, prepare dessert, get the main meal going. When I asked Charlie for a little help, he said, “You’re getting into one of your manic states, Nicole. Here, have some of this.” He handed me a joint. Big mistake.