The World of Franyo, Part 65: A Few Dark Horses 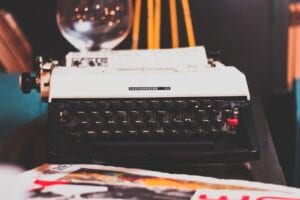 And so basically I drank my way through graduate school. During the day I’d be sober, but once Jofka was in bed I’d start seriously hitting the bottle. This wasn’t because I was unhappy, lonely or afraid. It was because I craved the burn of alcohol in my system and once I had even a sip of the stuff I absolutely had to have another. I don’t think I ever sat down at my typewriter without a glass of wine at my side. Every story and paper I wrote was fueled by that blurry and voracious muse called alcohol. The fact that I got straight A’s made me feel justified in my behavior. All writers were drunks, right? 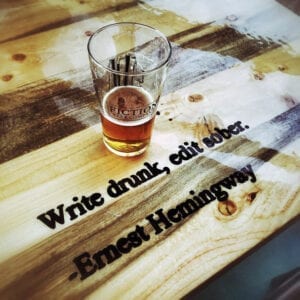 Wrong. But at the time the theory worked for me. It didn’t help that I lived on a street of drunks – my friend Moses next door, for instance, and Jane Barnes across the way. Several nights a week we’d tool around to neighborhood dive bars where we’d get shit-faced and flirt outrageously with the guys playing darts, or turn on the jukebox and lurch across the dance floor, making fools of ourselves. Jane and I were in graduate school together. She was a larger-than-life character with a steel trap for a brain, zero filters and snappy brown eyes that never missed a trick. She was worse than my mother, Franyo (whom she knew and respected), when it came to hosing a person down for some small and human failing, like bad table manners or unwashed dishes in the sink. A small hypocrisy, like pretending to have read a book one hadn’t, didn’t pass unnoticed either.

During the two years I knew her, Jane transitioned from a straight woman to, as she herself said, a “lipstick lesbian” – and it’s true, her seemingly innocent little bow-shaped mouth was always heavily lipsticked. When she realized her change in sexual preference, she leaned heavily on me to accompany her to gay bars. “C’mon,” she’d beg. “I don’t know how I’m supposed to behave in places like that.”

“Well,” the bow-shaped mouth would turn down at the corners, “I just need a little support.” 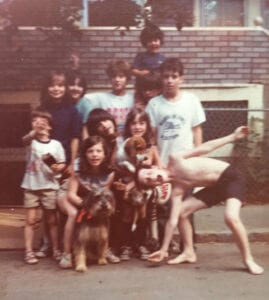 She was wildly outspoken and didn’t need – or seem to need – very much support from anyone for anything. She was also a virtuoso at delegating chores and responsibilities (some might call this bossiness). Children on the street were regularly summoned by her to sweep floors, clean the bathroom, throw out trash. Adults were assigned tasks to help with the publication and distribution of “Dark Horse,” a quarterly fiction and poetry newspaper Jane ran from her apartment. 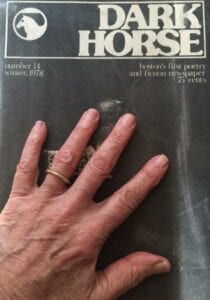 This was a big deal. As a guest editor and frequent contributor, I cannot tell you how many frenetic nights were spent reading through material and getting the paper ready for press. When Jane invited me to join a small, no-nonsense group of female fiction writers that included our friend Andrea Freud Lowenstein (later a Medgar Evers Associate Professor of English at CUNY) and Susanna Kaysen, who went on to write “Girl, Interrupted,” I was supremely honored. We were a bunch of talented thirty-somethings drawn together for a nanosecond to compare lives and manuscripts before the wind of circumstance blew down our necks, scattering us in a variety of directions.