The World of Franyo, Part 70: Under Tight Scrutiny 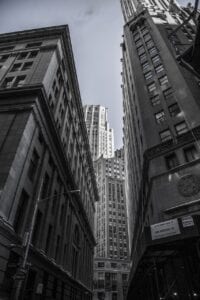 Had the voice that had spoken aloud in my brain meant Brooklyn or Brookline? Stunned for a moment, as if coming out of a trance on that dazzling, sunlit pavement, I looked around for someone to tell me. That’s how real the experience had seemed. Years later, a friend described the phenomenon as follows: “You send a ping out into the universe, you will get back a pong.” At the time, I took my pong and tucked it away. Not long after, I woke up one morning knowing a move to New York lay in my immediate future. I called my father, who thought it was a great idea. Then I called a moving company. By the end of August, Jofka and I were packed up and gone.

My parents had moved by then from their fabulous four story house in Gramercy Park to an apartment on the upper east side. They were older and wanted to be in a doorman building close to department stores and museums. This was 1979, remember, before the Bowery had its big facelift and art cool started moving downtown to Houston Street and parts further east and south. 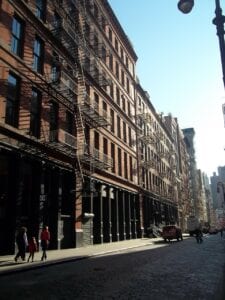 The apartment, which was on Park Avenue, had one guest room – really a study – and that’s where Jofka and I set up quarters until we were ready to move into our own place. We were kind of squooshed together (not complaining!) with a pullout couch, limited floor space, and a dismal view over a sooty air shaft. Jofka was enrolled in the first grade at Rudolf Steiner, my old alma mater, a few blocks away. My own immediate life took longer to figure out. Unused to being so watched over and confined, I returned to teenage habits and began sneaking cigarettes and booze late at night after everyone was asleep. In the day I searched for some sort of part time job. 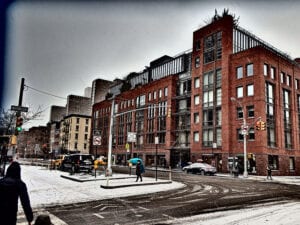 Again my sweet father came to the rescue, introducing me to the daughter of a friend of his who ran a tiny one-woman PR firm. It was not the ideal job. My boss hovered over me, loudly whispering everything I should say when I made business calls, too large a presence for me to ignore as she watched me write copy from her neighboring desk. I felt as tightly scrutinized at work as I was at home. In Cambridge I’d been a free bird; in the teeming city of New York, where I should’ve felt anonymous, it seemed as if I had to operate on a very narrow track. 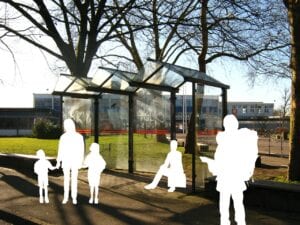 The situation was temporary but even so, it was a hard adjustment. Jofka and I had both left close friends behind; worst of all, we’d had to leave our dog who wouldn’t have fared well in the city. Still, I was energized just being there. My mother, Franyo, now sixty-nine, tried to forge a new closeness with me. I can’t imagine it was easy for her to house a daughter and granddaughter for four months. She’d peek her head in our room in the mornings and suggest a visit to Loehmann’s, her favorite designer discount store, or a cozy tete-a-tete lunch at a fancy upper east side bistro. But by then I’d taken on a second writing job and my time was crazy. Not as crazy, however, as the person who’d hired me, a smart brassy blond who easily could have been a madam. 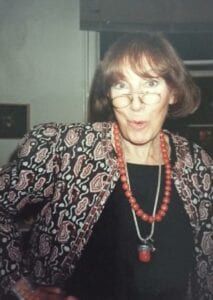 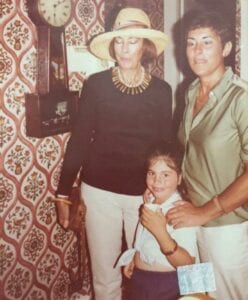