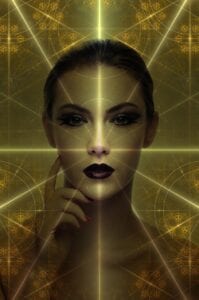 My biggest fear about getting sober had been, what happens then? How does one function without booze in one’s system? But I needn’t have worried. The craving had been magically lifted. All I could do that first week or so, was live in wonderment that twenty-four hours and then forty-eight and then seventy-two had passed without the siren song of alcohol going off in my head. Truly, I’d experienced a miracle, and I knew it. 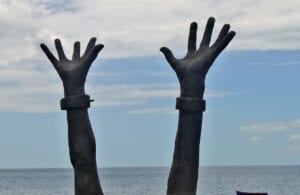 I didn’t have to go to rehab. I took it very easy the first few weeks. No work. No time spent with people who stressed me out. Nothing complicated or confusing. Basically all I did was rest, read, take walks, cook simple meals, spend time with Jofka. I lost twelve pounds of alcoholic puff almost immediately. I smoked a lot of cigarettes, chewed a lot of gum, drank a lot of coffee. I hung out with my old college friends, Annie and Laurie, neither of whom were drinkers. By now it was mid-November. I knew it was the first drink that got me – that as long as I didn’t have a single sip of alcohol, the craving wouldn’t set in and I’d be okay. But I also knew I needed a support system. All right, all right, I told myself. I’ll go to an AA meeting. There was one two blocks away on 79th Street. I slipped in there at lunchtime, not knowing what to expect. The room was full, hazy with cigarette smoke, and there was a girl in front talking at a mic. I didn’t listen to what she was saying at first, too busy finding a seat, getting my bearings. My sister, Vivi, had just given birth that morning, November 14, to her daughter, Aly, her youngest of five, so it was a giant testimony to the dead seriousness of my desire to remain sober that I got myself to AA before visiting my new niece and a hospital room full of Mazel Tovs and champagne. 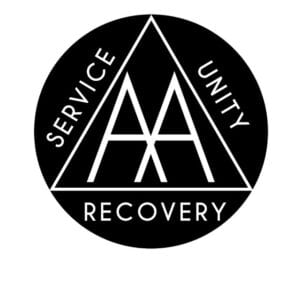 Once I was settled in my seat I shifted my attention to the girl at the mic. She was a thin, pretty, brown-haired girl in her thirties, like me, and she was talking about blackouts – what they were like, how she’d suffered from them, how they nearly did her in. Blackouts! The Alzheimer-like horror that had messed up my brain night after night. I’d never heard anyone talk about them – and so publicly! She had my attention. I identified. At the end she said:  “I’m telling this story so that some of you out there won’t have to go through this nightmare. I did it for you.” I could have kissed her out of gratitude. Her story was my story, they were all the same, all about the awful (but occasionally funny) things that happen to people with the disease of alcoholism. When she finished, people clapped and began to speak up from the floor. I looked around the room, realizing how democratic this disease was – you saw male, female, gay, straight, black, white, Latino, young, old, middle-aged, well-heeled, shabby, people in jogging clothes or three piece suits, doormen in uniform, students, artists, ladies who lunched. I was just one of many. What a relief. I’d come home. I could do this. I was safe. 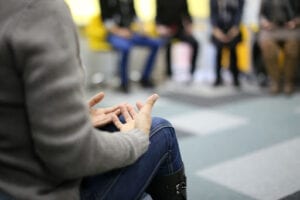 Then I looked at the big white signs with the 12 Steps and 12 Traditions hanging up front. Step 1: “We admitted we were powerless over alcohol – that our lives had become unmanageable.” Oh yeah, that was me. Step 2: “Came to believe that a power greater than ourselves could restore us to sanity.” Step 3: “Made a decision to turn our will and our lives over to the care of God as we understood him.” Steps 2 and 3 were a blur. God? A power greater than ourselves? Well, I knew for a fact that the bottle was bigger than I was, so I figured there had to be something bigger than the bottle. Later I learned the short form of those first three steps: “I came, I came to, I came to believe.” But I was a Jewish girl who’d been brought up without religion. For a long time I put my faith in the rooms of AA and all the people in them. For sure, they were bigger than both me and the bottle, and so I let them be the force that kept me sober and helped me grow up all over again. 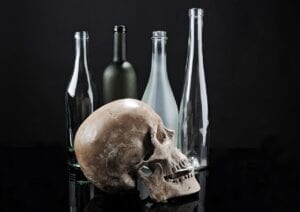 What I left with that first day – Day 16 of my sobriety – as I went to visit my new niece, was: Don’t Drink and Go to Meetings. That was exactly what I did and it saved my ass. I attended one or two meetings every single day until I understood at a cellular level that I had a disease that could kill me. At night, I took Jofka with me – she hung out with the other kids at the back of the room, doing homework, eight years old now, a girl with a brand new mother. I have to tell you, I still get weepy writing about this. I’d experienced so much in my life, but nothing like the miracle of sobriety. And it kept getting better.

We can only appreciate the miracle of a sunrise if we have waited in the darkness, Photo Credit Lendl Peralta, https://creativecommons.org/licenses/by-sa/4.0/