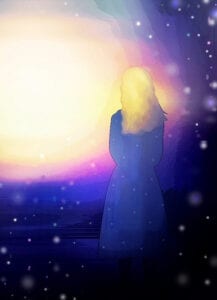 In the summer of 1979 I stood on a sidewalk in Cambridge, MA, dizzy with the realization that thoughts were like radio waves and I could radio ahead to my next true love. “Wherever you are,” I said to that unknown person, “I’m going to start walking toward you, so why don’t you start walking toward me.” For a moment there was silence, stillness… And then, clear as a bell, I heard these words: “Two years, Brooklyn.” 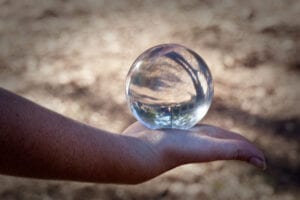 Well, guys, the prediction came true. Two years later, I met the man I was to marry, and guess where he lived? Yeah, you got it, Brooklyn. 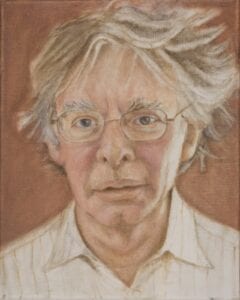 Luckily, despite all the years of abuse, my health was not terrible when I stopped drinking. I’d done some damage to my liver, which was more swollen than a normal person’s (as my doctor said, “You just squeaked by”), but I was able to heal that. Of more concern in the beginning was a certain lack of proprioception; it took awhile before my sense of where my body was in space adjusted to an anatomy whose tissues weren’t bloated and inflamed by alcohol. I’d misjudge distances, knock into furniture, shrink from a bus or a cab that I was sure was going to plow into me although it was many feet away. I kept it very simple in the beginning: a meeting once or twice a day, no social events that involved alcohol, a focus on the AA steps and slogans rather than on projected fears that would get me in trouble. I took an easy job as a clerk-typist and did not try and write. I got an AA sponsor, a very bossy one who wouldn’t take shit from me. I smoked an awful lot of cigarettes. A few years later, when I was trying to have another child, I got hypnotized (successfully) to break the habit of nicotine, and I can tell you now what I didn’t quite understand back then: the two deadly addictions for me were nicotine and alcohol. Drugs – nah, not interested. If I had to take a painkiller because of a medical procedure I wouldn’t go ahead and consume the whole bottle. I simply didn’t like that woozy, unmotivated feeling. Same with pot. A puff or two and the circuits would open, I’d get philosophical and have interesting thoughts, but there was no pleasure or draw to the floaty, passive sensation of going through life stoned. But give me an e-cig filled with 18 % nicotine juice and I was there, puffing away, happy and stimulated as a performer in the spotlight. For awhile I got hooked all over again. Then I found out there was a direct correlation between nicotine and eye problems and threw the stuff out with a promise to myself that I could smoke again when I was ninety. 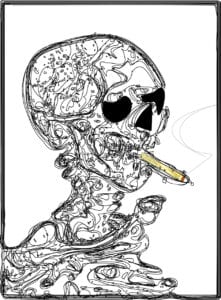 I did not make the same promise with alcohol. At seventy or ninety or a hundred, even just a little bit of booze would equal depression, misery to the spirit, certain death. And that’s the point I most want you to understand. People like me live in bodies that cannot tolerate alcohol. I don’t mind friends drinking around me, but if I happen to smell the fumes emanating from someone’s wine glass at dinner, this odd, uncomfortable sensation starts in my brain – not of wanting to drink, but rather a warning to get the hell away. I know that a few drops in my blood stream would start the fatal song all over again. There would be no joy to it. I would be powerless to stop. My brain would go dark and my life… the few days or months that remained of it… would turn into a giant, featureless, nightmarish blackout. Never ever do I want to subject myself to that horror show again. 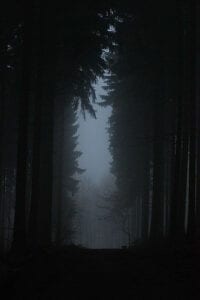 Thirty-four years ago, this girl who saw that her life was going nowhere experienced the miracle of sobriety. It has been ongoing, the gift that keeps on giving. I had two more children, wrote books, moved to Austin, became a painter. Maybe I’ll tell you some of those stories another time. But first I need to jump ahead and describe what happened to Franyo after my father’s death, how she formed a near-fatal relationship with a man who tried to steal her fortune.