On June 30, 1988, I received a message that my father, who was vacationing in France, had had an accidental fall and was in intensive care. It was my parents’ 48th wedding anniversary. Gustavo had spent his formative years and a good chunk of his life – before the Nazis came along and he fled to the States – in a town called Grasse in the south of France, where his parents owned a small peach plantation. Vivi and I spent a few childhood summers there. When the plantation was sold in the 60s, he and Franyo made a tradition of traveling to nearby Cannes for a few weeks every June, always staying at the same hotel where they were known and valued guests. 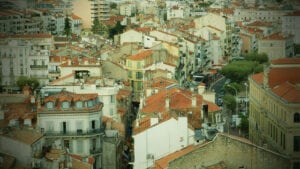 I was in Brooklyn when I received word that my father had been rushed to hospital. At that point, I’d been married for the second time since 1983. My husband George and I had bought a house (really kind of a shack on the side of the road) in Woodstock, New York, in 1986, the year after our daughter Gabriella was born. We had our own tradition of packing up dogs, cats, children and spending summers there, away from the heat and stink of the city. When Vivi called, saying this horrible thing had happened to our father and I’d better get on a plane ASAP, I was in my office preparing for the annual summer move. 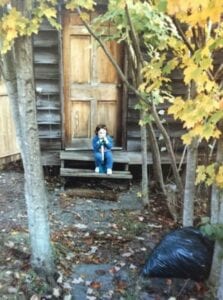 Well, there was a little problem with my getting to France. Due to some weird mechanism in my psyche, I’d developed a horrendous fear of flying that had started with the birth of my first child, Jofka. I’d get on a plane and sweat, pant, shake with anxiety. I simply couldn’t stand being trapped in a seat, out of control as the plane rode the bumps and dips of the airwaves. This phobia was ultra strange since I’d grown up on planes. No matter. The only way for me to fly was to get blitzed and in my case that was no longer a possibility. Consequently, I’d allowed my passport to lapse. My father’s accident – he tripped and fell down a flight of stairs leading to the swimming pool – happened on the Thursday morning of my parents’ anniversary. I didn’t hear about it till mid-afternoon, more or less the eve of the July 4th weekend. Consulates would close early the next day. Not only did I need an emergency passport, I needed a stamp from the French embassy in order to travel to France. Things were really not looking good. 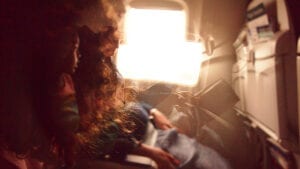 Luckily my AA sponsor, Caro, was nearby when I heard about Gustavo. She hooked me up with her travel agent – I needed the plane ticket to get the passport to get the visa, a process that had to happen a certain way. While the ticket was being written, Caro rushed me to have my photo taken. I was totally numb by then. The travel agent booked me on a flight to Paris leaving Friday, the next afternoon. “You have to be on line at the passport agency at Rockefeller Center first thing tomorrow morning,” she told me. “Be there at five AM so you’re at the front of the line, otherwise you won’t get the passport in time to get the visa.” 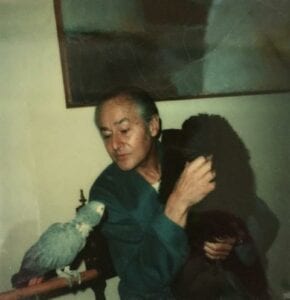 “Okay,” I nodded dumbly. I needed to get home, pack, deal with my kids, and with the fact that I somehow had to endure the horror of flying – provided I could obtain a passport in time. The other fact – that my beloved seventy-eight-year-old father lay in a coma due to a cerebral hemorrhage – was not something I could bear to focus on. He was the biggest support of my entire life, the wise and generous protector and advisor who’d been there for me through just about every crisis, dilemma and turning point I could think of. Who else was going to listen with full attention to my fretful whining and complaining? Who else had the answer to every single question I could ever ask? Who else could soothe me through my worst fears? He was my daddy. I just wanted to get to him in time to say goodbye. 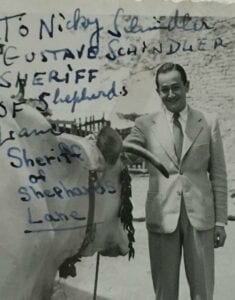