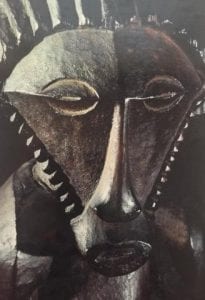 African mask, from collection of Franyo and Gustave Schindler (photo by Werner Forman)

My father’s funeral service was a little unusual since my mother insisted on placing a large African sculpture at the front of the room where it towered over the floral arrangements, dark, mystical and somewhat foreboding. Gustavo was extremely well loved, so the room was very full. Among the many people present was a man named Harold Ganz, an art book dealer whom our family really didn’t know at all. Because of their large art collection, my parents led a busy social life, but to my knowledge Harold had never been to dinner or even coffee at their upper east side apartment and was barely an acquaintance. I’d heard his name (which I have changed for this story) once or twice in passing. His wife, Sharon, worked for a Jewish charity organization, but none of us knew her either. Yet there he was at the funeral, a vague presence I shook hands with, ostensibly a garden variety well-wisher. It was a few months before I realized his name was coming up more frequently, but even then I didn’t understand the threat he posed, and by the time I did, it was too late. 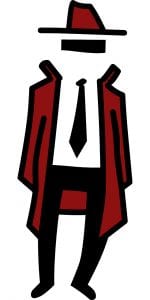 I suppose there is a good reason people go into denial over what they don’t want to see… signs one’s partner is having an affair, or one’s teenager is growing surly and has a fascination with guns, or, as in this case, a con man has insinuated himself into your mother’s life. It just feels better and simpler to bury your head in the sand and hope the bloody problem goes away. Of course it rarely does. The signs grow louder, clearer and eventually – nuclear devastation. No amount of damage control afterwards keeps you from wondering how you could have been such a stupid ass. In our case, it began simply enough: Harold Ganz was incredibly convenient. He appeared at the apartment with a tall stack of boxes and packed up every single one of Gustavo’s belongings. Since his wife, Sharon, worked for a charity, this made perfect sense. Gustavo’s high quality suits, shirts, ties, belts, shoes and soft cashmere coat would go to an excellent cause. I remember Franyo singing Harold’s praises: what a good man he was for helping out this way, devoting all that time and energy, what a first-rate person, what a mensch (a word she would never have used, but you get the idea). 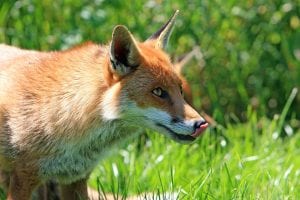 From disposing of Gustavo’s shoes and clothing, Harold moved into another do-good phase: he began to visit Franyo once a week in her apartment. Not only visit, bring flowers (I didn’t hear about the flower bringing for at least a year). This was another convenience to the family. Franyo, it turned out, had few friends. At seventy-nine, she was still very elegant and striking, but she had a difficult personality – opinionated, judgmental, self-absorbed, frequently bad-tempered. People she socialized with when Gustavo was alive tended to avoid her. Of her close, long-time friends, several had died, and several others had received the sharp side of her tongue and stopped talking to her. A few friends remained, but not enough to fill her dance card and she was lonely. She was also not very good at small talk. If she went to a party, she parked herself awkwardly in a corner where she remained the entire time, a tall, off-putting woman clutching a drink. If anyone had the courage to approach her, she did her best to hold them hostage for as long as she could, engaging them in conversation that was either of little interest or provocative and uncomfortable. Young, well-meaning women, for instance, might be told that their style of dress was all wrong for their appearance, the blue they were wearing was a terrible color for them, and shorter, darker hair would be a big improvement over their current mousy brown locks. Men who had the misfortune of being drawn into conversation would be treated to a long, one-sided discourse on whatever her favorite topic de jour was – exotic beads, of which she had a large collection, Jackson Pollack, whose work she despised, the graffiti of Jean-Michel Basquiat, which she considered loathsome, her new cat, Binji, a Ragdoll with extraordinary turquoise eyes. 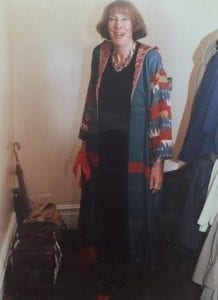 As a result, she got invited to fewer and fewer parties. But she was the owner of a large, important art collection, so that gave her a lot of clout. And because of it, men like Harold Ganz (and a number of women, too) began to circle around her like silent, lethal sharks. 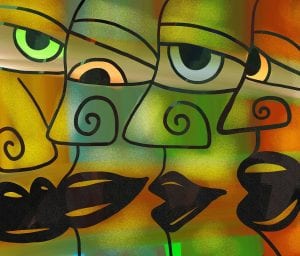