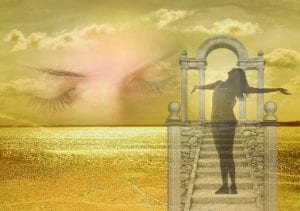 I flew to New York to visit my mother shortly after my second ayahuasca experience. I had been instructed to help her move toward the light, and I was determined to do that. I had no idea it was to be the last time I’d see her. When I arrived, she was sleeping in a fetal position, as she had been for months now, very frail and shrunken-looking, her parched skin stretched tight over her bones as if she were already pretty much just a skeleton. Her body reminded me of the dried-up abandoned shell of a moth or butterfly – one of those insects that morph into another life form.

I put my things away and went to sit with her. It is hard to explain this, but I began to communicate with her silently. She had just woken up and was slumped against the pillows. Her eyes were open, but clouded over, vacant. It seemed as if she wasn’t in her body and yet, without my saying anything, a line had opened between us and thoughts were shooting back and forth. Immediately I told her I was there for her, I always would be, it was all going to be okay, there was nothing to fear. See that light place beyond the dark area? I intoned silently. Follow it. That’s all you have to do. When that thought was transmitted, her eyes changed from cloudy to clear. She had gotten it! She understood! “Really,” I said aloud. “Just go to the light. Follow the light. You’ll be okay. I promise.” Oh the gratitude that filled her eyes! I was sitting on the bed, very close to her. “You’ll always be in my heart,” I whispered. “I vow I will write your story and you can come back and land in my heart whenever you want, but now it’s time to follow the light.” She was staring at me intently. And then she did something her ninety-five-year-old body could no longer, in regular life, do. She raised her arm ever so slowly and ever so slowly reached out and slowly slowly slowly, with great tenderness and care, placed her hand over my heart. In her eyes was a look of love for me I had not seen since earliest childhood. 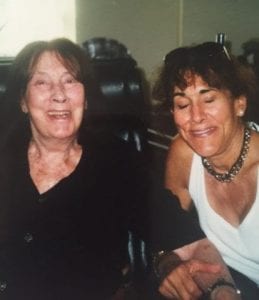 After that interaction she seemed as if a great weight had been lifted off her. Even sleeping, she seemed lighter, less fraught. I returned to Austin, feeling a lot lighter and calmer myself. Two weeks later, on September 12, 2005, my mother, the woman we’d all known as Franyo but who’d once again become Marga Victoria Horwitz, the name she’d been given at birth, took her last breath and died peacefully in her sleep. As sad as I was, I was happy she had finally let go and begun her long journey home. 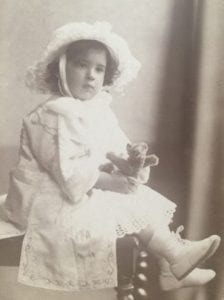 A week after the funeral, for reasons I didn’t understand as it was a Saturday morning and I had lots of other stuff to do, I went to a 5Rhythms dance class in a beautiful studio in Austin. This wasn’t regular woo woo dance where you bopped around the room pretty much any way you wanted. It was a formal class led by a local practitioner and you had to pay close attention to the rhythms in their specific order: flowing, staccato, chaos, lyrical and stillness. Somewhere during chaos when I was really letting loose I heard my mother’s voice in my ear. “Listen to me,” she said – and boy, did I ever! To hear her voice so loudly, clearly and unexpectedly was a shock. “I’m going to help you from here as I didn’t on earth. I want you to go to this kind of class – exactly this kind – the next time you can.” I stood there for a moment, utterly stunned. But I hadn’t imagined it. That had been her voice, not mine. Franyo had spoken from the other side and I was going to do exactly what she said. I made some inquiries. The next 5Rhythms class would be held six weeks later, in early November. It would be taught by a practitioner from California and cost $400. I was probably the first person to sign up. 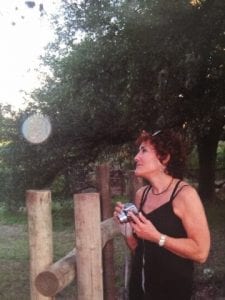