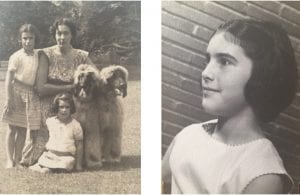 When I was a child, all I wanted to do was hang around with my mother – an impossibility since she was always locked up in her studio. No one was allowed in there but the models who’d go in, take off their clothes and pose on a platform in the center of the room. Or my mother’s teacher, Henry, who’d appear and critique her work every few weeks. Well, one day when I was about five years old, I decided I’d go in there, too. Maybe if I was very quiet, she wouldn’t notice and I could hang around and watch what happened when the model emerged naked from behind the screen; maybe I could look at all the fascinating tubes of color and observe my mother squeeze noodles of paint out of them, listen to the jazz music she played, or even better, the conversations she had with her model – always very very muted when I attempted to listen from outside the door. 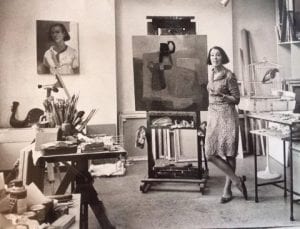 Of course, my mother noticed me right away. But she didn’t shoo me out as anticipated. Instead she sat me down with a sketch pad and some colored pencils, placed a vase of flowers in front of me and told me to start drawing. I discovered that as long as I remained quiet and drew, I was cool. So I began going in my mother’s studio every day. She’d set me up with simple still lives: eggs, fruits, coins, a glass of water. None of them easy and don’t think she didn’t criticize my work. I’d have to repeat the same drawing over and over till I got it right. But I persevered. Drawing felt good to my brain and over the years my mother taught me color, composition, how to use materials and start a painting. But I received no encouragement from her. I had showed some promise as a writer and that was what I was told I was going to be. Since I loved reading and making up stories that was okay and when I went to college I studied literature and eventually got an MFA in creative writing. But I always took art classes on the side. Printmaking, anatomy, life drawing, painting. I attended art school every summer, and studied full time for awhile when I lived in London. The weird thing was, I had no real enthusiasm for it. It was just something I had to do without knowing why. 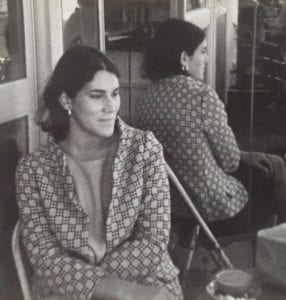 And then, from beyond the grave, my mother urged me to go to a dance workshop where part of the methodology was to paint one’s own figure. The moment I started I was hooked, so on fire that I went out and bought several hundred dollars’ worth of art equipment the following week. I decided I would draw for a year. If I was happy with my progress after that period of time, I would begin to paint. My goal from the beginning was portraiture. That whole first year my mother pushed me like a dog. I’d vowed on her deathbed that I would write her story, but it was as if she was saying: “I don’t care about that. Just move your hand! Keep going!” My fingers weren’t crippled by arthritis as Franyo’s had been, and I had the distinct feeling she wanted me to continue as an artist from where she had left off. It was pretty trippy. I built a studio and for the next decade worked as a portrait painter. 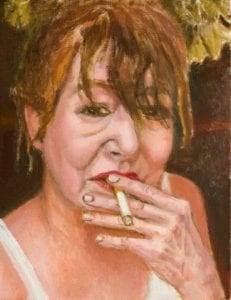 Gradually I became successful, exhibited work, received commissions. Only after my sister’s death on Valentine’s Day, 2015, was I able to sit down and write my mother’s story with all the family secrets it contained. I learned a crucial life lesson – that I could combine my gifts as an artist and writer and effectively tell a truer, more dimensional story. I offer these gifts to you now. 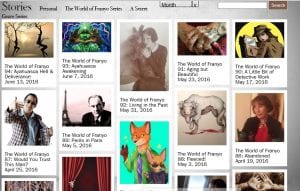 What a journey! If you’ve enjoyed it, I hope you will read my next story which also – quite literally – contains a secret from beyond the grave. 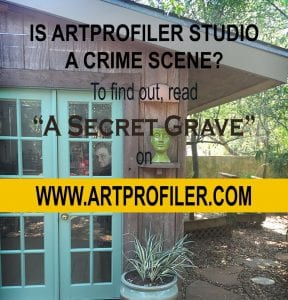 Previous Article
The World of Franyo, Part 96: Not Your Ordinary Dance Class